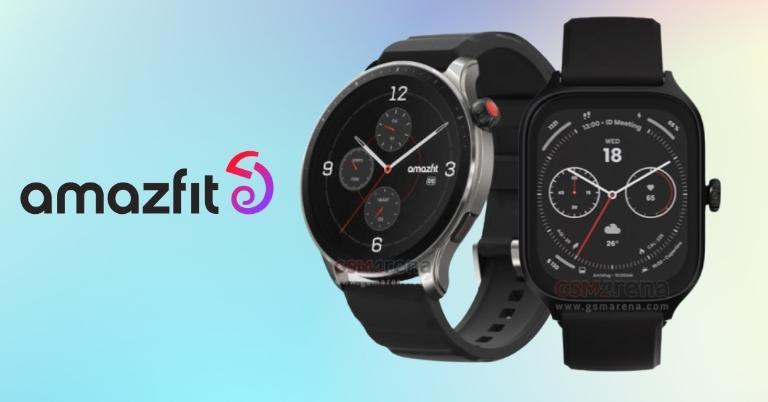 According to GSMArena, the new Amazfit watches will look different from the previous watches in the lineup. Amazfit will offer fresh color and band options alongside 200 plus watch faces.

The Amazfit GTR 4 will feature a 1.43-inch AMOLED display with AoD functionality. The screen is expected to have a resolution of 466 x 466 pixels.

Following that, the body will be made of aluminum alloy and will include a side button and a crown. The watch will be available in silver and black, with straps made of leather, silicone, or nylon.

The 1.75-inch display size remains the same on the GTS 4 and GTS 3. It will have a resolution of 390 x 450 pixels and support Always On Display.

Like the GTR 4, it is made of aluminum and has a crown on the side. It will be offered in black, rose gold, and brown color options.

Amazfit will include their new and improved 4PD BioTracker 4.0 PPG optical sensor in both the watches. It will include dual-band GPS and five global positioning systems, as well as over 150 sports modes.

The watch will run on Zepp OS 2.0 and come pre-installed with first-party Amzfit apps. Moreover, it will support third-party apps from the Mini App ecosystem.

The smartwatches will also support Bluetooth calls and music playback. The GTR 4 is rated for 12 days of normal usage, whereas the GTS 4 is expected to last 7 days.

The prices for the Amazfit GTR 4 and GTS 4 are currently unknown. However, the new sensor and refreshed design may result in the watch costing more than the GTS 3 and GTR 3.