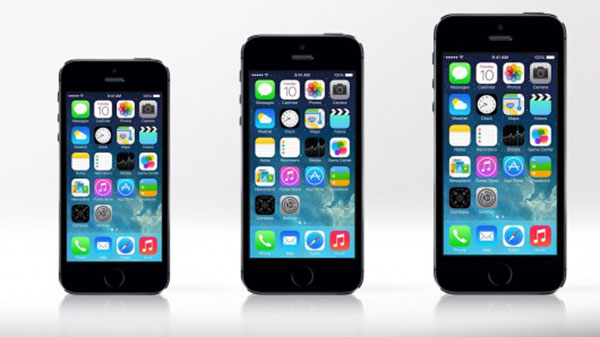 According to reports, Apple are readying their next iPhone announcement to be accompanied by two Larger models of iPhones.

According to the report, one bigger iPhone will have a 4.5-inch display, while the other will have a screen “bigger than 5 inches”.

Exact dates when these devices might hit the market are absent, but the 4.5-inch phone is reportedly near mass production, while the bigger device is still in “preliminary development.”

Contrary to a rumor we’ve heard in Nov. 2013, this report claims neither device will have a curved screen.

Both devices will be made of metal, and — the boldest claim in the report — Apple will stop producing plastic phones, such as the iPhone 5C. Maybe they have been hinted to stopping the production with not-so-excited sales of the iPhone 5C.

So, if you’ve been trying to get a hold of a larger iPhone in your hands, your dream may just be true! But hey, this is just a rumor so keep your fingers crossed!