In this article, you can find the latest price list of all MSI Content Creator laptops in Nepal, along with the specs, features, price, and availability.

As the name gives it away, the MSI Creator laptops are made to fulfill the need of creators. The target audience includes experienced professionals as well as up and upcoming creators, including students. There are two main categories under the MSI Creator lineups: Z and M.

The Creator Z series are premium content creation laptops that leverage the NVIDIA Studio platform. What separates it from the M series is the exclusive NVIDIA Studio drivers, created in collaboration with app developers to enhance the creative workflow.

Even within the Z series, there are vanilla models and models with vapor chamber cooling. The laptops with the VC cooling have model numbers ending in P and boast around 20% higher performance. MSI Creator Z series laptops in Nepal usually have a higher asking price than their M counterparts.

The Creator M is a cheaper alternative to the Z series. It packs a modest set of specs and lacks the NVIDIA Studio drivers. The MSI Creator M series laptops pack a QHD+ True Pixel display with a 180-degree hinge and portable aluminum chassis. These are great for students and beginners.

In 2022, MSI introduced the CreatorPro Series of workstations for creators with higher performance needs. These laptops pack the latest 12-gen Intel processors, NVIDIA professional graphics, and certifications from ISV and US MIL-STD standards. In addition, they are also Meta-Ready for people thinking of working in the expanding metaverse. 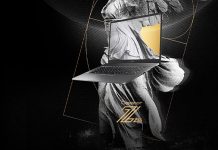 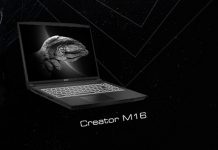 Rajesh Regmi - January 18, 2022
MSI launched a couple of content creation-oriented laptops including the Creator 17 and Z16 back in May 2021. The latter also takes a dig... 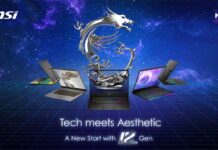 Rajesh Regmi - January 13, 2022
MSI debuted a slew of new gaming and creator-focused laptops at CES 2022. All of these devices are powered by the new Intel 12th... 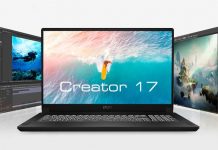 Rajesh Regmi - May 12, 2021
MSI has announced a bunch of new laptops following Intel's announcement of the new Tiger Lake-H mobile gaming CPUs. On that note, we have...
© Gadgetbyte Nepal Pvt. Ltd. 2013-2022