Like the popular $35 Raspberry Pi, CHIP is a micro-computer that costs just $9. But why is it so inexpensive? The reason is because of its simple design and removable of unnecessary parts. Moreover, CHIP needs to be connected to monitor, keyboard, mouse, power source and the Internet to do actual computing. 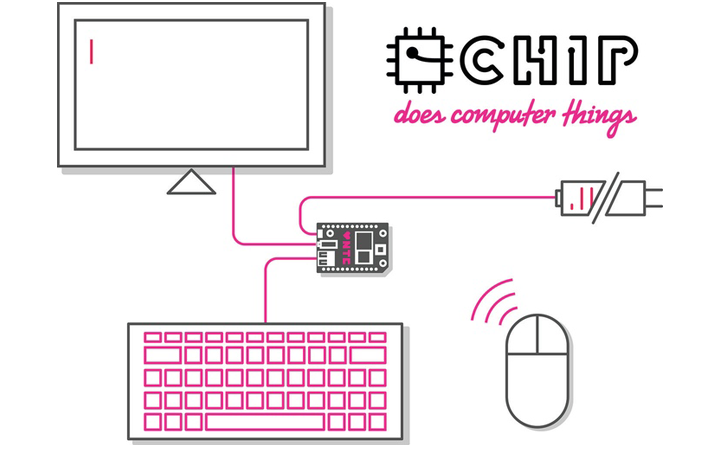 CHIP has a 1-gigahertz processor, Mali-400 GPU, 4 gigabytes of storage and 512 megabytes of  DDR3 RAM, a USB port, a Micro-USB port with OTG functionality support, a microphone jack that doubles as a composite video-out, and it runs Linux. It can run apps for working documents and spreadsheets, learning how to code, playing games and playing music. Unlike other similar microcomputers, CHIP comes with Bluetooth and Wi-Fi connectivity built-in.

Next Thing, the Open Hardware company behind this invention, has raised more than $1 million on Kickstarter in 5 days. CHIP has  beat all the competitors like Raspberry pie,Google (GOOG) and Intel (INTC, Tech30)  with its price tag, but the computer won’t be available until May 2016.