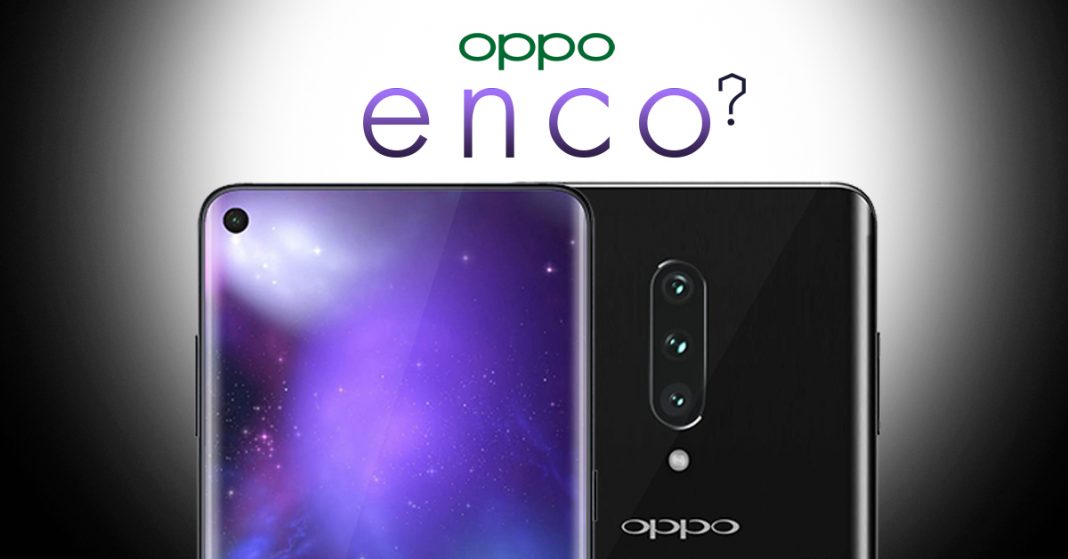 Last month, OPPO trademarked the OPPO ENCO series. Many speculated that this would probably be a new smartphone lineup from the company. However, OPPO today laid rest to all the speculation surrounding this. Rather than a smartphone lineup, the ENCO series will be OPPO’s first noise-canceling wireless headphones. And OPPO ENCO Q1 is going to be the first device in this series.

The ENCO Q1 has a 3D neckband design. It is thick at the end and thin around the center. It is made from a single piece that is designed to go around your neck. The one-piece design means that it does not have any splits or cuts. Talking about its noise cancellation system, the headphone will feature Active Noise Cancellation with 4 Mics. So, basically, it will use a hybrid noise cancellation that has both a feedforward and feedback ANC. Among the previously mentioned 4 Mics, two of them will be on the outside. Their task will be to listen to ambient noise and feed that into the system. This is a feedforward process that sends a signal to the speakers by extracting ambient noise.

Furthermore, the headphone has two mics on the inside. They are tasked with listening to noise within your ear. They will help to cancel out noise that could be induced due to the shape inconsistencies of different ears. Additionally, for the acoustical signal reduction, there’s a filter.

The OPPO ENCO Q1 will come in three different colors. Sunshine Orange, Polar Night Black, and Star Silver. However, this the extent of our knowledge regarding the ENCO Q1. Furthermore, the official OPPO website is yet to list the headphones. The announcement today just gave us a sneak-peak about what the ENCO series really is. The launch of this headphone is speculated to be alongside the launch of OPPO Reno 2.

The headset’s price is not yet known. However, I think that it will be one of the premium offerings from the company. High-end headphones and amplifiers were what OPPO previously renowned for. So, I guess with this series the company is trying to head back to its roots. But these are all speculations, isn’t it? We’ll have to wait and see what this device actually has to offer.