Texting has been a major thing now, instead of calling people, we text them and notify about stuff or just for a flat breakup. On android, the trend of text messaging apps has been really overwhelming and there are quiet few notable texting apps that enhance your messaging experiences like Textra, Mighty Text, Google Messenger, Chomp, and Evolve. On such a saturated market for texting apps, today Facebook has made a  bold move launching the integration of text messaging feature baked into the Messenger app for Android.

Facebook is trying hard to make its users stick with the platform and has been heading towards supremacy when it comes to messaging. It’s not a bad thing that Facebook wants to be your everything as long as we get an outstanding platform for our daily needs. Not needing to have two apps for the sake of both texting(in general) is a relief for me. Facebook Messenger already provides many cool features like Uber, payment options, bots, mini games which have made Messenger one of the most versatile instant messaging app. 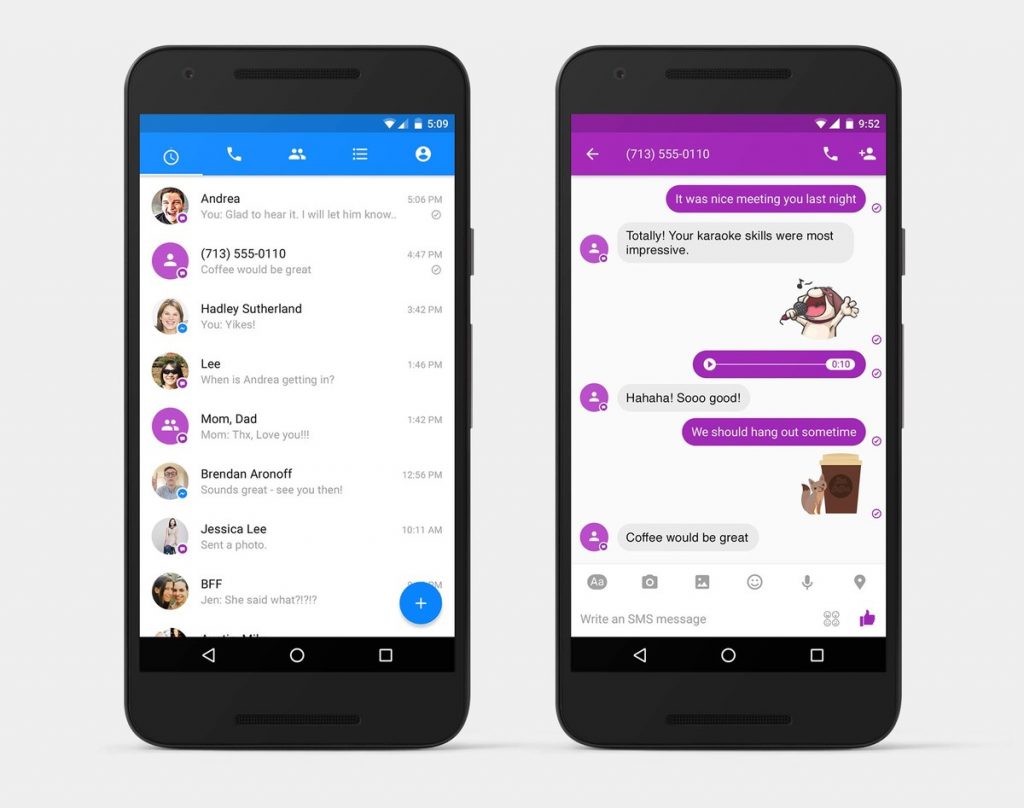 It is optional if you want to want to make Facebook Messenger as your default SMS app. Your instant messaging thread will be colored blue as default although Messenger has the option to change them and the SMS threads will be colored purple as default. Besides this, you get the cool floating chat head feature for your SMS as well. You won’t be able to use Messenger’s other features as of now but you’ll be able to send your favorite Facebook stickers. But in the future, it is certain that we’ll see bots and other features on the SMS front as well.  Talking about privacy, Facebook has made sure that they won’t keep a record of the SMS and everything occurs locally on your phone.

From today, SMS feature has been available for various countries and until Friday, the update will be available worldwide. Standard SMS charges do apply here. Facebook is also trying to integrate this feature on iOS  but it doesn’t allow permissions to access text messages. So it might be in a long run that we see this feature on iOS.