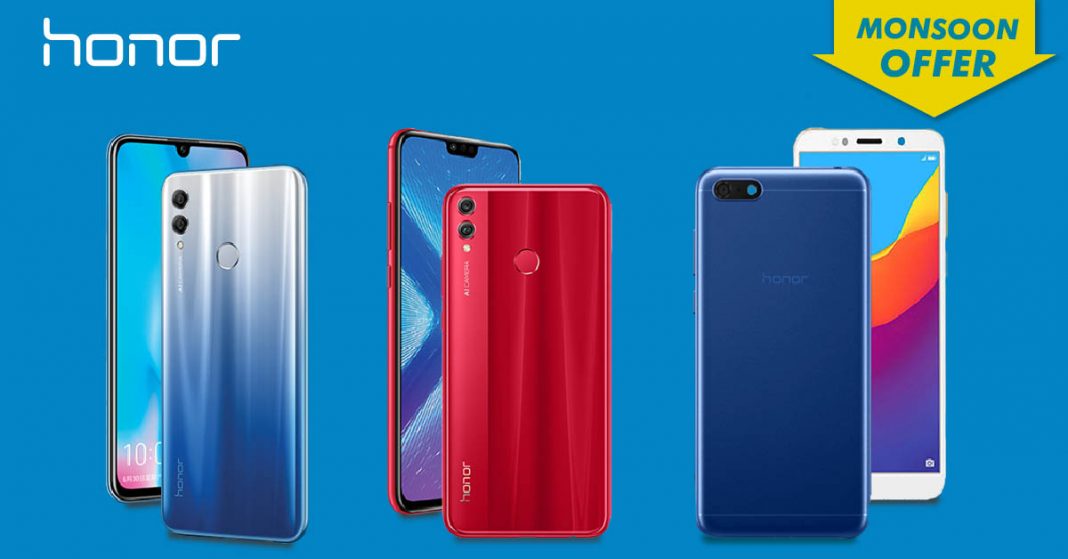 This monsoon did not only bring a lot of rain but also a flood of discounts. We’ve already seen Samsung’s version of it. And now, it’s Honor’s turn. Honor Nepal has declared a price drop on three of its popular smartphones in the name of Honor Monsoon Offer. The price drop for Honor 7S, Honor 10 Lite and Honor 8X was recently announced by Honor Nepal, giving a good reason for everyone to buy a new smartphone.

Honor 7S is modest of the bunch, with a budget price tag, and similar specs. A 5.45″ LCD screen with 18:9 aspect ratio, with HD resolution, is what you get. Plus, it has a low-range Media-Tek MT6739 chipset with 2GB of RAM. The cameras it packs are also a 13 MP at the rear with a 5 MP at the front. 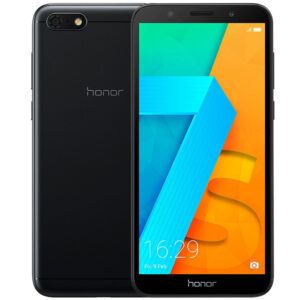 The Honor 10 Lite has a large LCD screen upfront with Full HD+ resolution. The glass look-like plastic body flaunts gradient colors in an eye-candy design. In the camera department, the rear setup packs dual cameras and a single camera upfront.

The phone runs on EMUI 9.0.1 based on Android 9.0 Pie, with features like Adaptive Battery, Adaptive Brightness and Android Dashboard out of the box. Also, it features the Turbo Boost 2.0 as well. A good mid-tier HiSilicon Kirin 710 powers the phone. The Honor 8X comes with a 6.5″ screen with Full HD+ resolution. The cameras in the 8X consist of dual cameras at the rear and a single camera upfront. The smartphone is available in either 64GB/128GB version with 6GB of RAM and a cheaper 64GB storage with 4GB of RAM. It gets the Kirin 710 processor as well – a choice for all of Huawei / Honor’s mid-range phones. 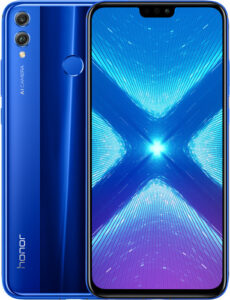