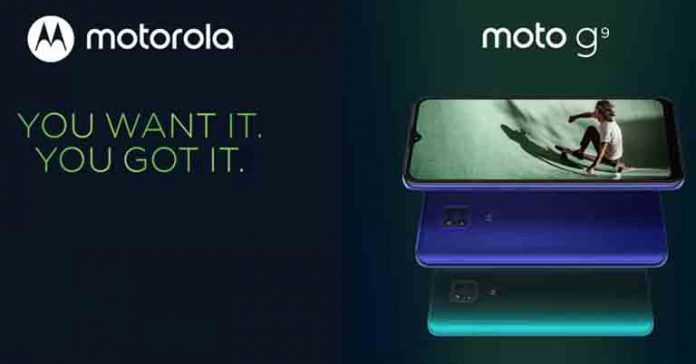 Motorola has quietly unveiled the Moto G9 in India via online shopping platforms. The G9 is the successor of Moto G8. It is also the first device under the Motorola G9 series. Read along to know more about the Moto G9, including its specs, features, expected price, and availability in Nepal. 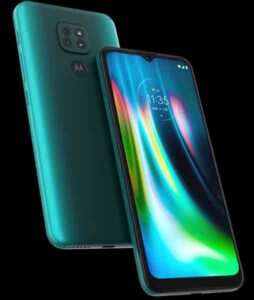 Moto G9 features a 6.5-inch Max Vision display. The display is based on IPS TFT LCD technology and sports HD+ resolution of 1600 x 720 pixels. There is a waterdrop style notch on the top that houses the front camera. The aspect ratio on this is 20:9.

The body of the Moto G9 is entirely made up of plastic. One can notice the square camera bump on the rear panel. The rear panel also houses a physical fingerprint sensor. Motorola has opted for a water repellent design to keep the device safe from minor spills and splashes.

Moto G9 is the first device in India to come with Snapdragon 662 SoC. The chipset is based on the 11nm node and features eight Kryo 260 cores clocked at 2Ghz. The graphics are handled by Adreno 610 GPU clocked at 950MHz. The device comes with 4GB of RAM and 64GB internal storage. Users can expand the latter by up to 512GB using a microSD card. The device ships with near-stock Android 10 with default Google apps. 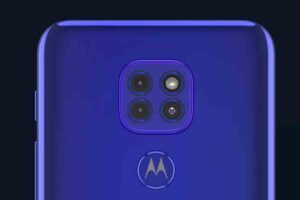 The G9 flaunts a triple camera setup on the back. The 48MP primary sensor has a pixel size of 1.6micron and supports Quad Pixel technology. It is joined by a portrait and a macro lens; both featuring 2MP sensors. For videos, it can capture 1080P footages at 60fps. Similarly, slow mode, timelapse, and hyper-lapse videos are also supported. The waterdrop style notch houses the 8MP front-facing camera.

Motorola is claiming a battery life of up to 2 days with the 5,000mAh battery. A 20W USB Type-C fast charger is also included in the box. The device features a hybrid dual sim slot. For connectivity, G9 supports dual-band Wi-Fi ac, Bluetooth v5.0, and NFC.

Healthy.io makes detection of kidney diseases as easy as taking a...

Infinix Smart 5 launched in Nepal as the cheapest phone with...