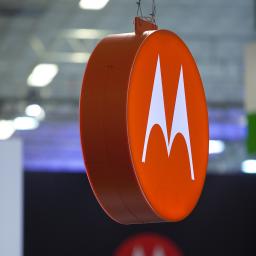 There has been several leaks and rumors regarding Motorola’s upcoming budget oriented phone MotoG 3rd generation. According to the photo leaks and YouTube video, the Moto G (3rd gen) looks quite similar to its current iteration, the Moto G (2nd gen), although the new version has a textured back.

The phone is equipped with a 5-inch 720P resolution screen with Gorilla Glass protection, a Snapdragon 64 bit quad core 410 processor, and 1GB of RAM — all the specs that don’t look very impressive.

A 13-megapixel camera and a 5-megapixel camera may feature on the rear and front respectively. There is 8GB of inbuilt storage that can be expanded via a microSD card. The phone packs a bigger 2470mAh non-removable battery. Motorola is always known for providing regular updates to their phones, and the MotoG 3rd gen ships with Android 5.1.1 and should get Android M in the near future.

Some report also claims that the Moto G 3rd gen will come in two variants: 8GB inbuilt storage with 1GB of RAM, and 16GB storage with 2GB of RAM. Hopefully, this will be true because everyone wants to see MotoG finally having 2GB of RAM. Many MotoG first gen and second gen users are complaining about having less amount of free RAM after updating Lollipop and thus affecting the performance during multitasking. So, we really hope MotoG 3rd gen has at least 2GB of RAM.

Motorola has started sending out invites for an event on July 28, most probably regarding the launch of its new Moto G (Gen 3) smartphone. Motorola might also release MotoX 3rd gen and is said to sport a 5.64-inch QHD (1440×2560 pixels) resolution display; run Android 5.1.1 Lollipop, and be powered by a Snapdragon 810 processor coupled with a 3GB RAM. Moto X 3d gen might also support USB Type-C support.