If you have any fake account in Facebook or in any other social media, or if you are doing any fraud activities with a fake identity, then it’s time to be aware now. Because, Nepal Police has brought a fake detector in Nepal for the first time. Also, a digital forensic lab has been brought in use for it.

With the dramatic increase in fraud activities in social media nowadays, Nepal Police is compelled to bring this technology in Nepal where it can detect a person with a fake identity and the police will be able to punish them accordingly. Around 30 incidences happen every year through internet due to fake identities, but every time the suspect used to get released easily due to lack of proper equipment to identify their fault. But now, with this new technology, police will be able to punish the fraud properly. 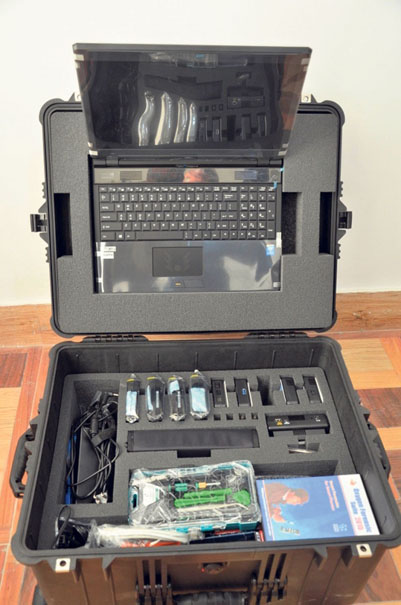 The forensic kit was provided to Nepal Police by Central Investigation Bureau around two weeks ago, where the skill personals tested the device and were trained. The kit is made with American technology which can make surveillance easy, from social media to email gateway. As the technology is recognized worldwide, the result provided by it will be accepted in national as well as international courts.

As every crime uses technology nowadays, this new technology will be effective to minimize every kind of crime that happen in the country. The technical things that the suspect use, for example, mobile phones, laptops/computers, pen drives or any digital items are scanned (everything) through the forensic kit and any clue related to the crime will be identified through it.

Police have hoped that this new technology will help to find out frauds easily and quickly, as it replaces the old lengthy technique where the suspects used to get interviewed. As the crimes nowadays use digital technology, so it was crucial for police to investigate digitally. Nepal Police had actually already introduced some digital technology before such as finger print scanning and polygraph testing. Now with this new device, it will be even easier to reduce crimes in the country.