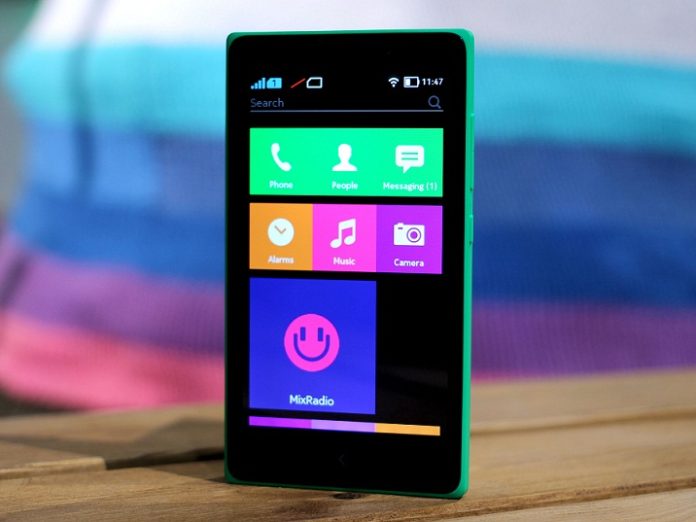 Neoteric Nepal and Paramount Electronics, the authorized distributors of Nokia in Nepal, has announced Nokia XL and Lumia 630 in the market. Nokia XL is an android based smartphone whereas Lumia 630 runs on Windows Phone 8.1.Both this smartphone is priced at Rs.17500.

The Nokia XL is one of the first Nokia X series android smartphones that comes with Android 4.2 jelly bean(Highly customized interface ), 1 GHz dual core Processor, 5.0 inches display of 480* 800 pixels. It sports a camera of 5 mega pixels rear camera with flash and 2 MP secondary camera for video calls. The con with the Nokia XL is the low ram memory of 768MB which makes it not strong enough to handle multitasking. The Dual core Snapdragon S4 play processor and Adreno 203 GPU fails to handle high end games and in some cases even mid end games.  The Interface is highly customized and looks like a fusion of Android and Windows phone. There is no Google Play store pre-installed, however you can install it manually. Nokia Lumia 630 is one of the most affordable smartphones around right now, putting it neck and neck with the Android-powered smartphones. The Lumia 630 runs Windows Phone 8.1, which is the latest version of Microsoft’s mobile OS. It brings with it a host of features that have so far been missing. It offers a 4.5-inch 16M colour ClearBlack display with a resolution of 854 x 480 pixels. It is powered by a quad-core 1.2GHz Qualcomm Snapdragon 400 processor which is supported by 512MB of RAM. It also carries Adreno 305 graphics processor for game support and good visual experience. Despite not having a 1GB of RAM, you don’t see lags while multitasking as the Windows OS consumes less amount of RAM unlike Android OS.
The Lumia 630 comes with a 5MP primary camera, however it misses the front camera and the LED flash. It is packed with 8GB of internal storage memory which is expandable upto 128 GB via the microSD card slot.