Samsung Electronics has announced a groundbreaking monetary benefit in the Q4 earnings release of 2016. Samsung Electronics Co Ltd had said on Friday, that its fourth-quarter profit likely leaped 50 percent from a year earlier to its highest level in more than three years. And, surprisingly enough, the predictions have come true.

Despite the speculations made by analysts after the failure of the fire-prone Galaxy Note 7, the fourth quarter earnings of 2016, have pointed to a more rapid recovery path for the corporation and also reflects a steady price increase for memory chips. Samsung says its Q4 profit has jumped 50 percent from the same period last year. This is the highest gain in profit for the company in more than three years.

It is, however, clear that Samsung’s apparent Q4 success have not be driven by the mobile division, but by sales of memory and the robust demand for OLED – Organic Light-hearted Emitting Diode displays for smartphones. The profit from the Semiconductor Division stood 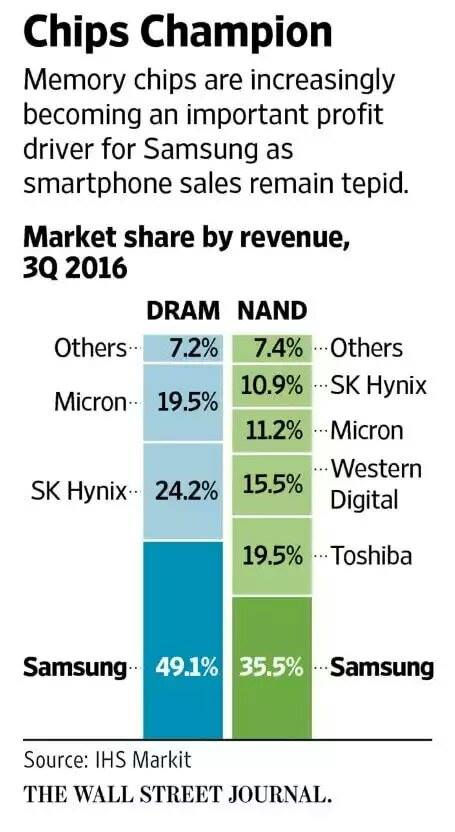 at 2.7 trillion won, its highest in more than four years. There was a healthy demand for memory chips, used in servers and handsets including Apple iPhones, as well as improved sales from its system chips business.

In the mobile division, in spite of the ban on the production of the Note 7, which cost the company over billions, the sales of the Galaxy S7 and other models have remained strong. Therefore, Samsung is on track to achieve its strongest quarterly profit numbers in more than three years.

Recently, as the Korean won has weakened against the dollar, Samsung has been in advantage as Samsung gets paid in the latter for component sales. And with clients like the Apple Inc., Samsung’s profit from the operating division, was bound to account for over 50% of its fourth-quarter operating profit.

The corporation, however, will not disclose detailed earnings, including the performance of its individual businesses, until late January.