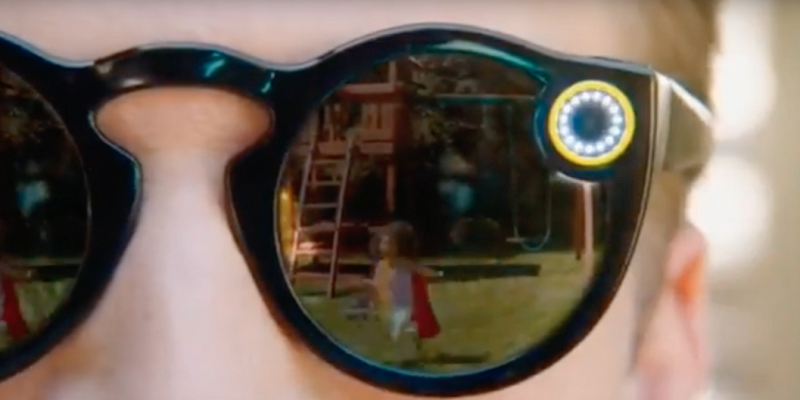 Who wouldn’t love wearing shades that can work as a camera too? Snap, Inc. just announced the release of their new product—Spectacles. The device (or sunglasses) can take pictures, and make you look cool at the same time (lame one!). And if do not know, Snapchat just rebranded its name to Snap, Inc. The company took this move because it is now offering things beyond Snapchat.

The Spectacles will have cameras on both sides. These cameras will be able to record a 10-second video through its 115-degree angled lens, just by a tap. It will snap a circular video, which will make sure that the video will be displayed naturally when you view later. The company has claimed that this will make the videos look something close to the human vision. And Snapchat Spectacles, basically, take a video and then sync it with your smartphone so you can share them later.

Snapchat’s co-founder and CEO Evan Spiegel shared his experiences about the Snapchat Spectacles whilst its announcement today. “When I got the footage back and watched it, I could see my own memory, through my own eyes—it was unbelievable”, Spiegel told the Wall Street Journal. “It’s one thing to see images of an experience you had, but it’s another thing to have an experience of the experience”, he added.

Referring the Snapchat Spectacles as ‘toys’, Spiegel mentioned that they will slowly start rolling them out to figure out if it fits into people’s lives or not.

The glasses will be made available in three different colors – black, teal, and coral.