Home Guides Buy Guides Which smartphone should you get after SEE? 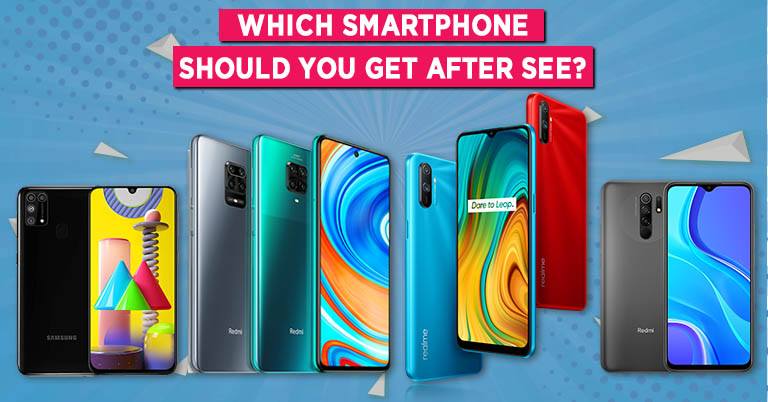 When did you get your own smartphone? Most of you will say it was after you went through the SEE (or SLC). The result of last year’s SEE is out and many students who went through the iron gate are looking for a new smartphone. Having a decent smartphone is now a necessity as our education system is now going online because of the ongoing pandemic. In this post, we have curated a list of best smartphones for SEE passed students.

The phones are categorized according to the price segment that they belong to. This list of best smartphones for SEE passed students start at under Rs. 10,000  and goes all the way up to Rs. 30,000. We believe that Rs. 30,000 budget is more than enough and we do not encourage parents to expend more than that for a smartphone.

If your budget is under Rs. 10,000, don’t expect to get anything fancy. Smartphones in this price segment feature under-powered hardware and run low on memory. So, most of the manufacturers ship them with Android Go for a smoother experience.

Xiaomi has made a name for itself by offering feature-packed smartphones at affordable rates. Redmi Go is the company’s cheapest smartphone in Nepal. It features a 5.0-inch LCD panel with a resolution of 1280 x 720 pixels. The device is powered by Snapdragon 425. It is paired with Adreno 308. It is available in two memory configurations – 1+8GB and 1+16GB. The device ships with Go Edition of Android Oreo. The rear camera uses an 8MP sensor while the front camera has a 5MP sensor. The device is powered by a 3,000mAh battery.

Samsung Galaxy A2 Core sports a 5.0-inch HD LCD screen. The highlight of the device is the Exynos 7870 chipset, which we believe is a powerful option in this price range. It is paired with Mali-T830 GPU. The device comes with 1GB of RAM and 16GB of internal storage. The latter can be expanded using a microSD card. On the software front, the device runs on Android Oreo Go Edition. There is a 5MP camera both on the rear and front of the device. The device packs in a 2,600mAh battery.

There are a lot more options in this price segment. This market segment is dominated by Chinese manufacturers like Xiaomi and Realme. These brands offer the best value for money under Rs. 15,000. 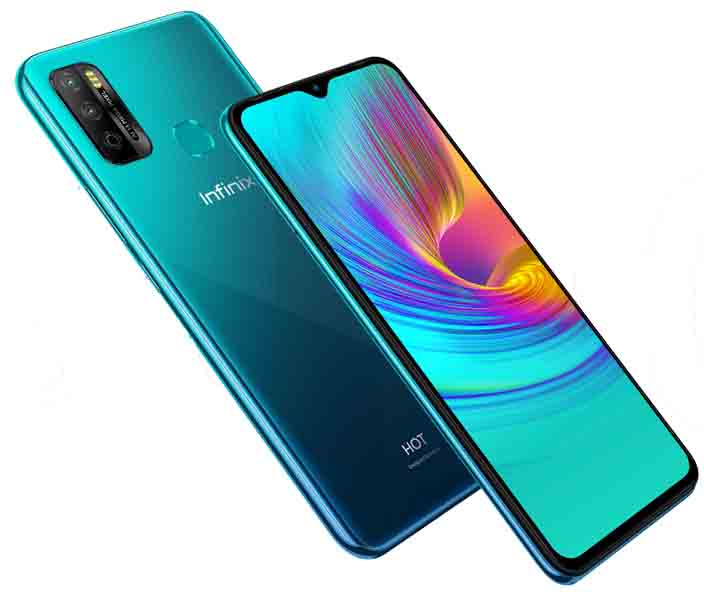 Infinix is a new name in the Nepalese market. The company debuted in Nepal with Infinix Hot 9 Play. It features a 6.82-inch IPS display with an HD+ resolution. The device stands out in the crowd because of the punch-hole display and gem cut design. It is available in two variants. The quad-core Helio A22 variant comes in 2+32GB memory configuration and is priced lower. The octa-core Helio A25 variant comes with 4GB of RAM paired with 64GB of internal storage. We recommend you to get the latter as its much faster.

On the back, the device flaunts a 13MP primary camera that is accompanied by a triple LED flash. The 8MP camera on the front also features a flash. There is a rear-mounted fingerprint sensor. Connectivity options include Wi-Fi ac support and Bluetooth 5.0. The device relies on a massive 6,000mAh battery for power. 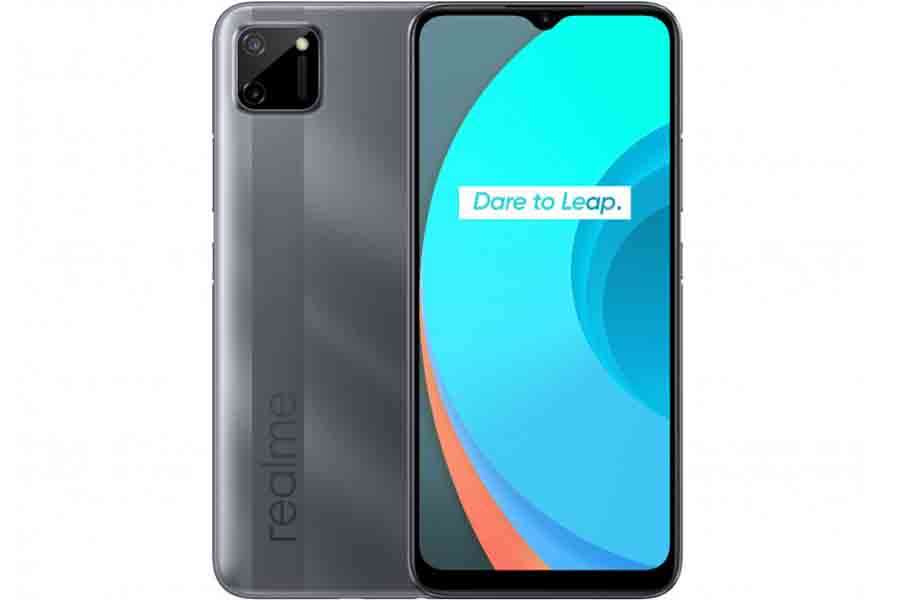 Realme C11 is the latest budget device from the Chinese manufacturer. The dual-tone rear panel has a textured surface. It features a 6.5-inch IPS LCD panel with a resolution of 1600 x 720 pixels. C11 is powered by the Helio G35, which is part of MediaTek’s lineup gaming-centric budget chipsets. It comes with 2GB of RAM and 32GB of internal storage. On the back, there is a 13MP primary camera paired with a 2MP sensor. On the front, there is a 5MP camera. The C11 has a 5,000mAh battery that supports 10W charging via micro USB port.

The two devices offer an almost similar set of specs. However, the Redmi 8 feels more premium because of its glass back. Redmi 8A Dual, on the other hand, comes with a textured design and P2i coating. Both feature a 6.22-inch HD display that is protected by Corning Gorilla Glass5. The devices are powered by Qualcomm Snapdragon 439 SoC and are available in different memory configurations.

On the back, Redmi 8 and Redmi 8A Dual feature 12MP and 13MP primary camera, respectively. However, both feature a 2MP depth sensor. The camera on the front uses an 8MP sensor. The devices are backed by a 5,00mAh battery that supports 18W fast charging.

Redmi 9 reigns as the undisputed king in the sub 20,000 segment; and therefore is one of our picks for the best smartphones for SEE passed students. It features a 6.53-inch FHD IPS LCD panel. The chin is smaller compared to its predecessor. The device is powered by Helio G80 chipset. On the memory front, the device comes with 3/4GB of RAM and up to 64GB of internal storage.

The device flaunts a quad-camera setup on the back. The 13 primary lens is accompanied by an 8MP ultra-wide lens. The rest of the setup includes a 5MP macro sensor and a 2MP depth sensor. The device features a 5,020mAh battery. Although it supports 18W fast charging, only 10W charging is included in the box.

The highlight of the phone is the Helio G70 chipset, which does excellent job given the price tag. It comes with 3GB RAM and 32GB of internal storage. It ships with Relame UI 1.0 on top of Android 10.

For budget under Rs. 25,000, we recommend you to get Samsung Galaxy M21 for a better all-round experience. However, the recently launched Infinix Note 7 is a decent choice as it comes with Helio G70 and 128GB storage under Rs. 25,000. 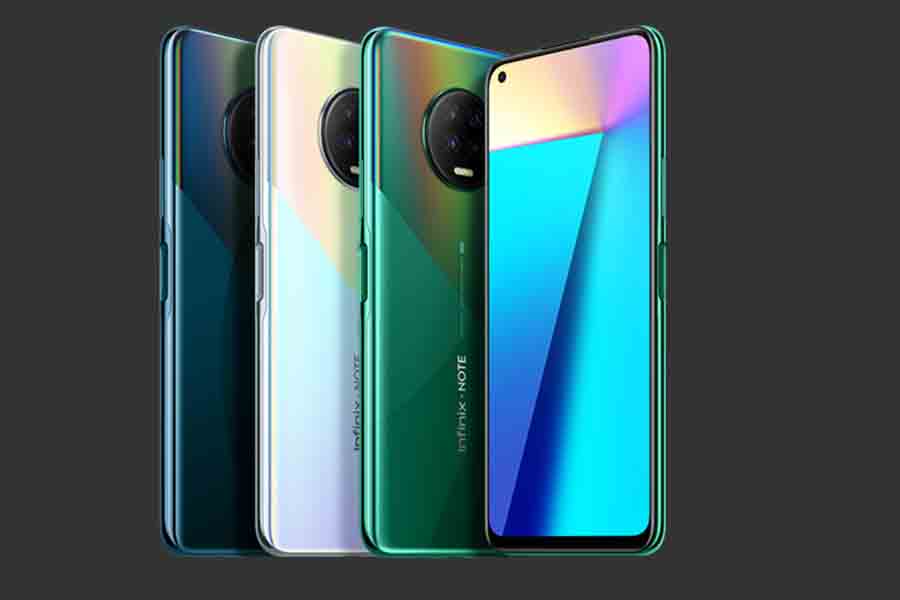 Infinix Note 7 Pro is the latest release by Infinix Nepal. It is powered by Helio G70, which we saw earlier in the Realme C3. It comes with 4GB of RAM and 128GB of storage. Though it is advertised as having a quad-camera setup, there is no ultra-wide sensor. The camera setup includes a 48MP primary lens, a 2MP macro lens, a 2MP depth sensor, and a low light camera. There is a quad-LED flash as well.

Samsung Galaxy M21 is our pick for the best phone under 25,000. For the price, it offers a 6.4-inch FHD+ Super AMOLED display. In the performance department, Samsung has disappointed by including the year-old Exynos 9611. Other than that, it is a great mid-range device. It comes with 4GB of RAM and 64GB of internal storage. It runs on One UI Core 2.0 based on Android 10.

The 48MP primary camera is accompanied by an 8MP ultra-wide sensor. There is an additional 5MP sensor for portraits. The selfie camera uses a 20MP sensor. The device comes with Dolby Atmos and L1V1 certification. It features a 6,000mAh battery and supports 15W fast charging.

Redmi Note 9 Pro offers stellar performance under Rs. 30,000. However, spending a little more you can get either of Samsung Galaxy M31 and Realme 6. The former is a decent all-rounder while the latter offers a 90Hz display.

The Redmi Note 8 Pro was hailed for its gaming prowess. The company succeeded Helio G90T with Snapdragon 720G in the Note 9 Pro. Benchmark results don’t show a massive improvement in performance. However, the 720G is based on a smaller node and thus is much more power-efficient.

It sports a 6.67-inch FHD+ IPS panel with a circular cutout on the top center for the 16MP camera. On the back, the device features a quad-camera setup that includes 48MP primary camera, an 8MP ultra-wide sensor, a 5MP macro sensor, and a 2MP depth sensor. The device features a 5,020mAh battery with support for up to 18W fast charging.

Samsung Galaxy M31 may not be the best performer in the sub 30K market segment but is the best all-round device out there. It is quite similar to the Samsung Galaxy M21. Both feature the same 6.4-inch Super AMOLED display inside a polycarbonate body. The processor also remains the same. The 6/128GB variant of the M31 provides the best value for money.

The quad-camera setup now includes a 64MP primary camera. It is accompanied by an 8MP ultra-wide sensor, a 5MP depth sensor, and a5MP macro sensor. It’s backed by a 6,000mAh battery.

The highlight of Realme 6 is the Helio G90T display and 90Hz panel. The body is made up of plastic but the rear panel looks attractive because of its reflective nature. It sports a 6.5-inch IPS LCD display with Gorilla Glass 3 protection on top. The circular out on the top left corner houses the 16MP front camera.

While it does not match the Redmi Note 9 Pro, it still offers a decent gaming experience because of the Helio G90T and 90Hz refresh rate. It has a 64MP primary camera that is accompanied by an 8MP ultrawide sensor, a 2MP depth sensor, and a 2MP macro sensor. It is backed by a 4,500mAH battery and Realme has included 30W fast charger in the box.

So, there you have it guys. If you ever were confused about which phones to get after your SEE results. And congratulations to those who passed, by the way!