In this article, we have listed the price, specs, features, and availability of all the MSI Modern series laptops in Nepal.

The Modern series laptops from MSI are meant for normal day-to-day usage. As a result, they are designed differently from the MSI’s gaming lineup. MSI Modern laptops can be distinguished from their sleek look. They usually sport aluminum chassis compliant with the US Military MIL-STD-810G standard.

The bezels around the screen are also minimum giving these laptops their “Modern” look. Hinges on these laptops can open all the way up to 180 degrees that you can use to share the screen’s content to colleagues on the opposite side with the “Flip-n-Share” feature.

As for performance, MSI Modern laptops come with the latest U-series mobile processors from both Intel and AMD. Since they are targeted at the mainstream audience, you won’t get high-end discrete GPUs. You will get entry-level MX series GPUs in the best-case scenario.

You can get MSI Modern laptops in 14″ and 15″ variants in Nepal with the latter having a slightly higher price tag. 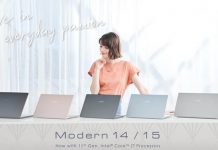 Sanjeev - September 14, 2022
When MSI introduced the new Summit series of business laptops, it also updated its existing lineup of business and productivity lineup including the Prestige... 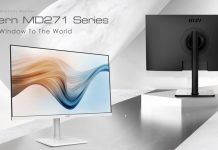 Sanjeev - July 31, 2022
MSI has launched a new monitor in Nepal, the Modern MD271PW. This monitor is part of MSI's business and productivity lineup and offers modest... 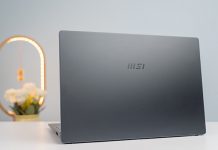 MSI Modern 14 B11SB Review: A Decent Ultrabook With One Flaw