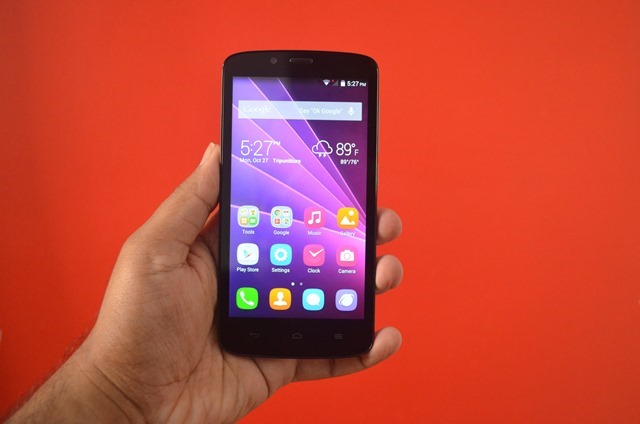 Huawei Device Nepal launched their latest budget phone in Nepal for a retail price of Rs.13,999. It is available for purchase in different mobile stores all across Nepal. Honor Holly features great specs and can easily be dubbed as the RedMi 1S ‘killer’. Here are the top 5 features that puts Honor Holly as a true value for money phone:

The Honor Holly has a 5 inch 720p display with a resolution of 1280 * 720, which is bigger and better than both the Xiaomi Redmi 1S and Moto E, the two best smartphones in this price range. The IPS panel of the Honor Holly supports multi-touch upto 10 fingers and the touch sensitivity is good as well. Color reproduction is decent, however the screen isn’t as bright like other mid-range and flagship phones. Honor Holly screen features a OTP single-screen calibration technique for better HD colors, fast 3D game image processing, and smooth HD movies. Overall, the HD display is really good for a phone in the Rs 14K price point.

Honor Holly comes with a MediaTek quad-core SoC running at 1.3Ghz, Mali 400MP GPU and 1GB of RAM.The hardware configuration is almost the same as seen on the Honor 3c hence, like the Honor 3c, Holly is also a good performer and gives you a lag free experience.

Honor Holly sports a 8MP camera similar to Redmi 1S and Colors Quad 2. The camera also allows you to capture photos in HDR mode where photos come very good. The 8MP snapper can also record videos in 1080p. There is also 2MP front camera for video calling and selfies.

It sports a 2000mAh battery and you can get a day of battery life with moderate usage. For connectivity, it comes with dual SIM card support( 3G SIM and a 2G SIM), Wi-Fi, hotspot, Bluetooth and GPS.

One of the best features of the device is that it comes with 16GB internal storage and you get close to 13GB in the first boot. You can also expand the storage via Micro SD card in case you need more.

Honor Holly runs on Android 4.4.2 KitKat and has Huawei’s Emotion UI 2.3 on top of it. Although Lollipop has already rolled out on Nexus and Motorola devices, but Kitkat 4.4.2 is still one of the latest Android operating system.

Budget phones like Xiaomi Redmi 1s, Asus Zenphone 4 and Moto E are very difficult to find in the market, but there is an official distributor of Huawei phones in Nepal and Honor Holly is easily available across all over Nepal.