Home Android Android 8.0 Oreo is Official: Everything you need to Know 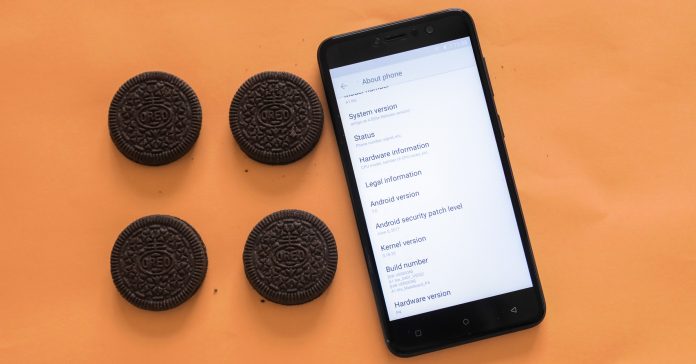 Unlike in the past, we don’t have to wait to see what are the major changes in the latest version of Android. Google has been rapidly dropping latest features via the Public Beta channels for Nexus and Pixel Devices. By looking at the beta images, we could already tell the features that were ready for us in the next big release of 8.0 except for the name! So today, Google has officially released the stable version of Android 8.0 code name Oreo. So let’s see what are the major features and improvements in Android 8.0 Oreo. The picture in Picture feature will simply change the way you multitask while you’re watching a video on YouTube, Chrome, VLC and more apps to come. If you are wondering what this feature is all about, then look no further! You have been using it for years one way or another. While using the Youtube app in portrait mode, you can swipe down to minimize the player and continue to browse other videos. That’s picture in picture within an app. Also, you can take the example of Facebook Messenger, where you can minimize the video chat window and continue using your phone and other apps. Android O just has better support and stability for this feature and we’ll be seeing more apps with this features in the days to come. Autofill Passwords is the single most important feature rolling out on Android Oreo. With the AutoFill API, password manager apps will be able to log you into apps lot more easily. LastPass Password Manager app already supports Autofill as a beta feature. With this, if you want to login to a certain app, Password Manager will kick in giving you options which account to log in and you can simply log in to the app without any hassles of typing your password. This feature will save you a lot of time and trouble. Smart Text Selection is going to make using Android a whole lot easier. With this feature, Android will be able to tell what type of text you’re selecting, whether it’s an address or a phone number.  Whenever you select an address or phone number, Android will show you the option to open that address on Google Maps and call using the selected phone number respectively. And if it cannot sort out what it is, it’ll provide you an option for web search. This feature is still a work in progress, we can expect other uses of this feature in the future.

Adaptive Icons is something straight out of Chinese OEM’s. If you have used any skinned third party Chinese OEM’s like MIUI, MiFavor UI or any other for that matter, you might have noticed how there are different icon shapes you can choose, it’s exactly that. There are five different options to choose from, namely, System Default(native app icon), Square, Rounded Square, Squircle, and Teardrop. Not to forget, Android Oreo will maintain the same size of icons across the board for uniformity.

There has been a lot of changes internally to make Android more optimized. There are multiple social media apps and other apps that run in the background and draws a lot of your battery. Well, that’s about to change with Android Oreo. Apps will have few intelligent wake locks which will ensure apps do not run in the background all the time resulting in better RAM management and memory. It will also limit the frequency of location updates in the background.

Emojis are something we use all the time and good looking emojis will certainly make your conversation a whole lot sassier. Android Oreo now comes with new sets of emojis replacing the blob emojis. The new emojis are more expressive and provides new characters and actions. This certainly looks better than the previous version. Project Treble is less talked of and less heard of feature that ships with Android Oreo. But if done right, it can be a life-changing feature for all the Android users. Simply, Project Treble enables manufacturers to make it easy to push Android updates to their devices. A lot of manufacturers have multiple devices across the board with their own native UI and functionalities of some sort. Pushing update to all of these devices is a hassle as they have to work from the ground up to create the new update with their distinguishing feature. With Project Treble, it’ll keep the vendors’ implementation or changes on the device as it is and lets them easily push the updates. Well, it’s available starting with Android O and if manufacturers decide to use it, let’s just say Android and iOS update battle will finally settle for good. Announced back in Google I/O conference, Android Go will be shipping with the start of Android Oreo. Android Go is a lightweight version of Android Oreo with all of its features but optimized for devices with limited resources(less RAM and storage). This OS primarily focuses on using less android resource along with fewer data packages when you’re surfing the internet. Device shipping with Android GO will have lightweight or optimized version of Google Core apps. And on Play Store, there’ll be a separate section called “Optimized for your Device” which will list lightweight apps like Facebook Lite, Youtube Go, Messenger Lite and so on. Devices with Android Go start shipping only from 2018.