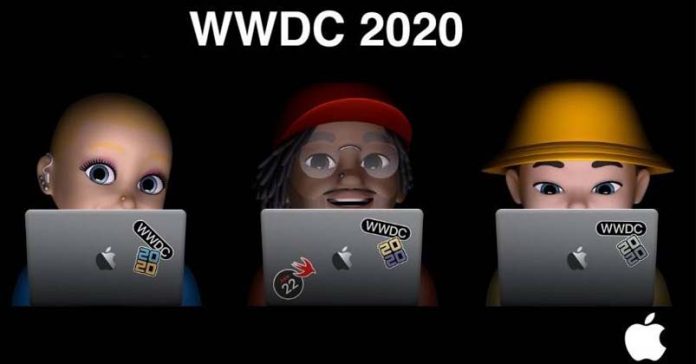 Apple’s annual WWDC 2020 took place yesterday. And it revealed what Apple has lined up for its users this year. It was the first Worldwide Developers Conference that was an online-only event. Usually, we get to hear Apple talk about their software at WWDC. And sometimes there is a hardware surprise in the mix too. However, this year it was all software. The major talking point of the Apple WWDC 2020 Keynote was the iOS14, watchOS 7, and the iPadOS 14. So without further ado, let’s dive into the details about these software upgrades.

iPhone users are eagerly waiting for the iOS 14 update that is scheduled for later this year. And this conference showed why there’s such a buzz surrounding it. There’s a major UI change in this year’s iOS update. On iOS 14, users will be able to customize their home screen in a much better way.

Apple has introduced the “App Library” in iOS 14. It is an app drawer wherein all your apps will be organized in one place based on criteria like app type, recently added, and so on. This allows you to remove unnecessary pages. Furthermore, now you can add widgets from the side screen and add them to your home screen. A smart stack widget has been added to the long list of widgets on the iPhone. It basically changes throughout the day. For instance, in the morning, it might show you a calendar and gradually changes to something else as you go by your day. Moreover, PiP (Picture-in-Picture) support has been added to iOS. And there’s been a change in Siri’s UI too. No more is it your full-screen voice assistant. Rather, it pops up at the bottom of the screen. Wait a minute… these “new” changes remind me of a certain other OS that has had these features for quite some time now. Let me know if you feel the same.

Anyway, there are some unique features the iOS 14 brings in. For instance, now you can pin messages in the messaging app. And there are two routing modes for cycles and EV vehicles in the Maps app. It will show you the best routes according to the type of vehicle(s). Additionally, you can now use your iPhone as your car key too. It uses NFC to unlock your car and is available on 2021 BMW 5 series cars.

For the most part, the iPadOS 14 update gets similar to that of the iOS 14. Customizable widgets, size of the Siri UI, a sidebar, and a universal search bar. The search bar looks similar to Spotlight on macOS. From there you can search for your contacts, perform a web search, or launch an app.

The major overhaul in the iPadOS 14 is related to the Apple Pencil. A new app called “Scribble” was introduced and it allows you to hand-write in any text field. Your written text will be automatically converted to text. Moreover, the OS can detect the context too. That means based on what you write, you will be guided to the appropriate app. Now, this feature is similar to what Android users can find on the Galaxy Note, but hey now it’s on the iPad. Another useful feature comes in combination with the AirPods Pro. Now, your AirPods will be able to detect what device is in closer proximity. That means if you have paired your AirPods Pro with your iPhone and decide to switch it with an iPad. The AirPods will automatically connect to the iPad. That’s sweet! Apple also introduced “Spatial Audio” for AirPods which gives you a 3D surround sound effect.

Moving on, WWDC 2020 introduced the world to watchOS 7. With this, you can now share your watch faces with others via social media or to your contacts. And the presentation sort of hinted that developers can now create watch faces too. Maybe it is Apple’s response to third-party watch face stores.

Another handy feature is the clever handwashing mode. Basically, the watch can sense you washing your hand with soap water, and as soon as it senses that, it will start a 20-second countdown. However, the biggest feature to roll-out with watchOS 7 is “Sleep Tracking”. Yup, your Apple Watch can now track your sleep. It uses motion-sensors, heart-rate sensors, and microphones to gather your sleep data. Furthermore, it will remind you to charge your device in the morning. I mean you’ll have to charge it in the morning if you’re planning on tracking your sleep anyway.