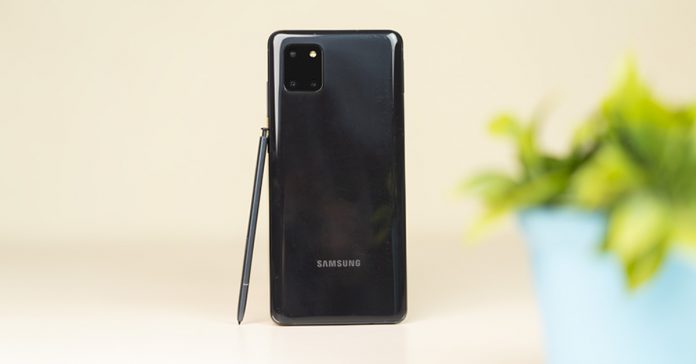 In a bid to compete against semi-flagship phones like Oneplus 7T and Redmi K20 Pro, Samsung announced the Galaxy Note 10 Lite a few days ago. Now, Samsung Nepal has confirmed to us that they will be launching the Note 10 Lite in Nepal very soon. The company also told us it will be online exclusive, probably Daraz. 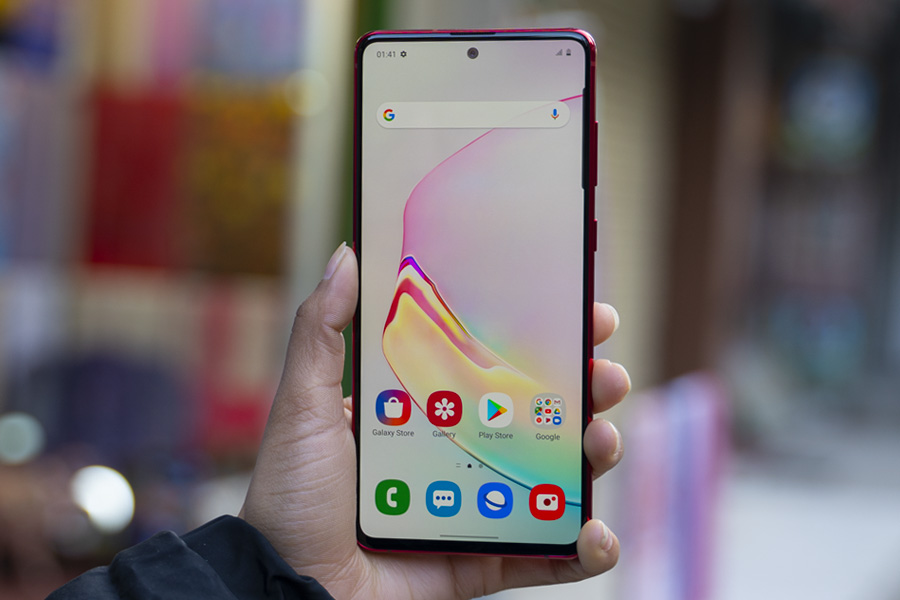 The Samsung Galaxy Note 10 Lite features a 6.7-inch Super AMOLED display offering a Full-HD+ resolution. It comes with 1080 x 2400 pixels. The Infinity-O Display will have a fingerprint display sensor mounted under the screen. It supports HDR as well, meaning you will be able to view HDR rich content on the Note 10 Lite.

Talking about the processor, Note 10 Lite is powered by the Exynos 9810 chipset which also powered the older Galaxy Note 9. It is a 10nm chipset with a maximum clock speed of 2.7GHz. The phone comes with 6GB or 8GB of RAM and 128GB of internal storage. If the storage seems insufficient you can expand it up to 512GB through the microSD card slot.

Talking about the camera, the Note 10 Lite has a square camera module housing the triple camera and an LED flash. The 12MP primary camera has f/1.7 aperture and will come with support for dual pixel autofocus. A 12MP telephoto lens is also included that supports optical zoom up to 2x magnification. There’s also a 12MP lens for ultra-wide-angle shots. You will be able to take UHD videos at 60fps frame rate. There’s also a feature that will let you take slow-motion videos. There is a 32MP front camera for selfies. The phone will feature an S-Pen with Bluetooth Low Energy (BLE) support. It will also come with support for NFC, and dual-band Wi-Fi. You don’t have to miss out on the 3.5mm headphone jack either. As for the software, it runs on Android 10 with Samsung’s One UI 2.0 on top. It has a big 4,500 mAh battery and will support 25W fast charging.

Check out our hands-on impressions of the new Samsung Galaxy A51!

Apparently, Motorola is working on a new phone with a stylus pen support!

Realme X2 finally launched in Nepal: Is it too late to get excited about?

Apparently, Motorola is working on a new phone with a stylus...

Realme X2 finally launched in Nepal: Is it too late to...

This is the Budget Gaming Laptop under 1 Lakh in Nepal