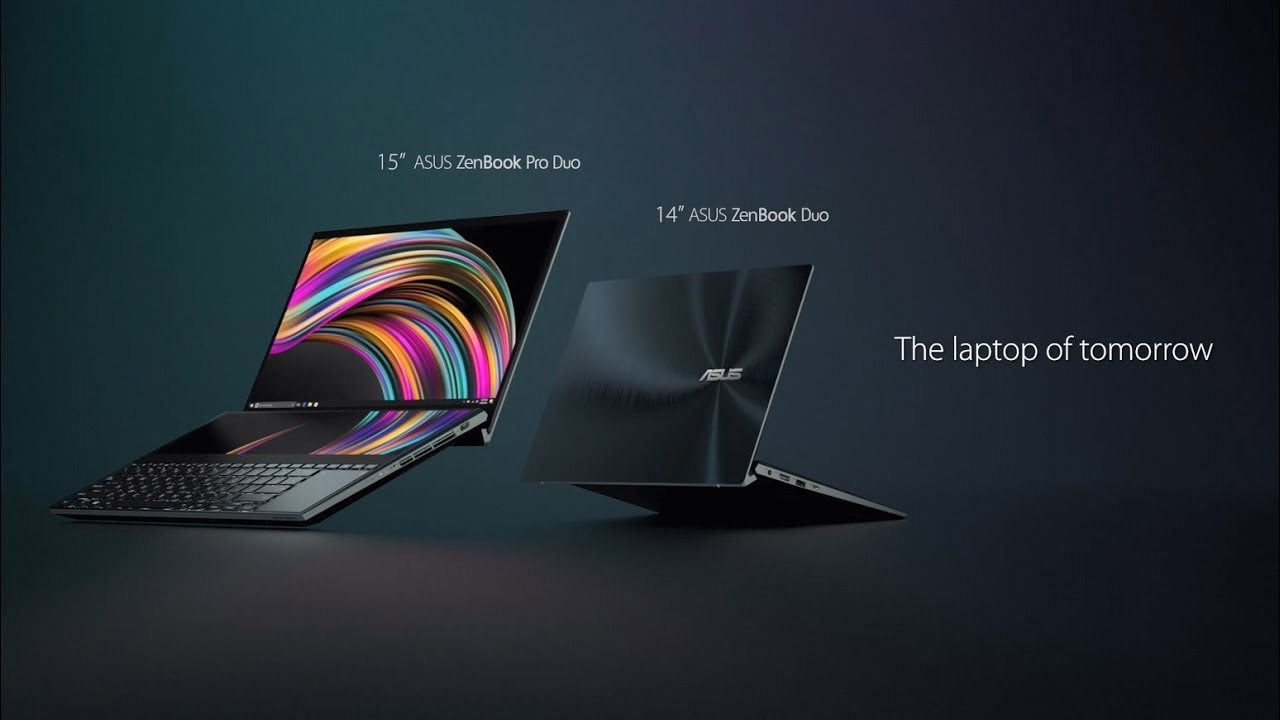 AsusTek Computers Inc, a company based in Taiwan, which also happens to be the venue for the ongoing Computex 2019. It’s only fair they show some love for the world’s largest computer hardware event. And Asus did not disappoint, with two new laptops dubbed the Asus ZenBook Pro Duo and the Asus ZenBook Duo. Both offer a secondary display which Asus calls the ScreenPad Plus.

As the name suggests, this one is the superior product among the two. It features a primary bezel-less 15″ 16:9 3840x2160px OLED (89% screen to body ratio) panel accompanied by a secondary display. The “ScreenPad Plus” is a 14″ 2840x1100px resolution panel which sits right on top of the keyboard. Both the displays are touch sensitive, covers 100 percent of the DCI P3 color space, supports HDR content. The ScreenPad Plus can be used as any standard secondary display in Windows. The laptops come with ScreenXpert control software pre-installed which enables multi-screen window, app management and brings in a few extra controls like an App Switcher, View Max, and App Navigator. Then there is the Task Group function to open multiple tasks with a single touch. Plus you get a stylus bundled in the box.

Apart from a pair of 4k displays, the laptop has a lot more to offer. Specs include up to a 9th Gen Intel Core i9 processor, the Nvidia RTX 2060 GPU, up to 32GB of RAM and a 1TB PCIe 3.0 x4 SSD. There is even a number pad that doubles as a trackpad. It also comes with Amazon Alexa voice support with a dedicated light bar at the front, similar to the one on those Amazon Echo speakers.

Additionally, Asus brought another laptop with a smaller 14-inch FHD nano edge display and another 12.6-inch FHD ScreenPad Plus. This one tops out at a Core i7 processor alongside an Nvidia GeForce MX250 GPU. Both the Asus ZenBook Pro Duo and the ZenBook Duo includes Wi-Fi 6 while only the pro model gets a Thunderbolt 3 supported USB-C port. No word on the pricing yet, though availability will begin from Q3 this year.