Currently, Sony has been leading the game of mirrorless camera. But the camera giant Canon hasn’t capitulated in the game yet. It hasn’t been much the company joined the mirrorless ecosystem. But even in that short span of time, the Japanese optics master already garnered a fair amount of applause. And in that run, the Canon EOS R, which launched last year, proved to be one of the highly remarked full-frame mirrorless cameras. Now in less than six months of time, Canon has yet again released a new full-frame mirrorless camera. Namely known as the Canon EOS RP, the new camera is targeted at mainstream consumers. And for the very purpose, the device has been priced aggressively.

The Canon EOS RP comes in a small factor and is relatively lighter with the weight of mere 485 grams. Talking about the sensor, the sensor here features 26.2MP resolution, which is lower than what we saw on the more expensive EOS R. Nonetheless, the resolution is remarkable for a midrange camera.

Since the device is a mirrorless camera, it has an electronic viewfinder (EVF), which has the size of 0.39-inch. And this colorful OLED EVF flaunts a resolution of 2.36 million dots and a 100% coverage. On the display front, there is a 3-inch TFT panel which is enriched with 1.04 million dots. Since this screen also happens to be fully articulated, you can also capture the selfies. This feature can come really handy for the vloggers. 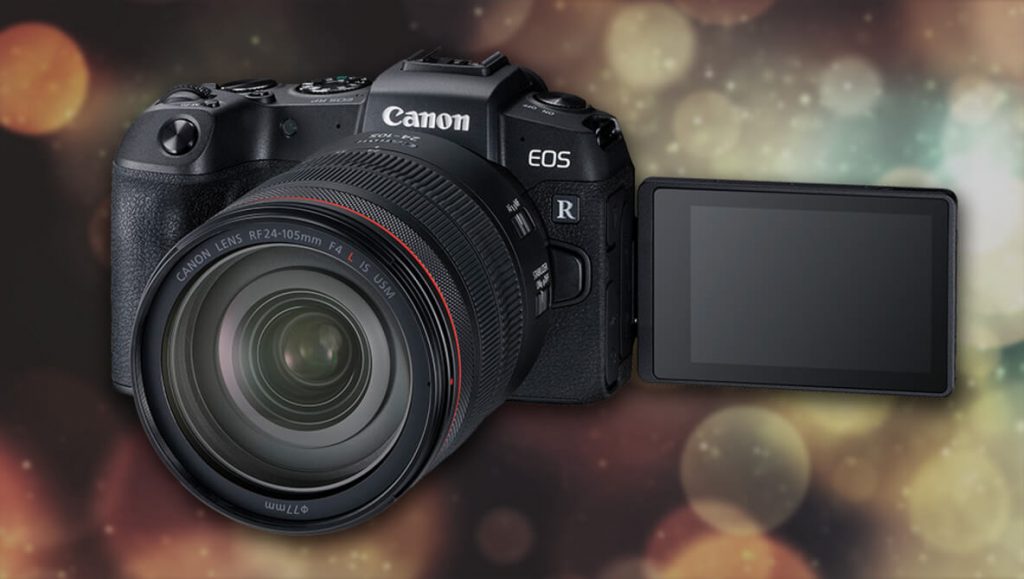 Other than pricing, the most impressive feature of this camera is its capability to record 4K movies. However, the 4K Ultra-HD movies can only be recorded at 24/25fps. Also, the 4K videos suffer a crop, just like the Canon EOS 5D Mark IV. Although the presence of the 4K recording option is commendable, these complications might be repulsive for some videographers.

The Canon EOS RP is the lightest and smallest full-frame camera in Canon’s camera lineup. In a similar fashion, it is also the least expensive full-frame camera in the squad of Canon cameras. The body of the camera merely costs $1,299 on the purchase. And for the early buyers, Canon is also offering an extension grip and a mount adapter (compatible to EF & EF-S lenses) for free. The camera with the RF 24-105mm f/4 lens will demand a price of $2,199. Similarly, at $1,699, you can get the camera with 24-105mm f/3.5 – 5.6 IS EF-mount lens pus the already mentioned extension grip and a mount adapter.