Here, in this article, we have listed all the Dell G series laptops that you can currently buy in Nepal, along with the price, specs, and availability of each model.

Dell introduced the G series back in 2019. Back then, it succeeded the Inspiron Gaming series, otherwise known as the Pandora. It is positioned below the Alienware brand, which is targeted at hardcore gamers.

Like other laptops lineups, Dell has divided the G-series into three categories – G3, G5, and G7.

As expected, these are entry-level gaming laptops that compete against Acer Nitro 5 and other similar products from other companies.

Dell G3 laptops come in a plastic body and don’t look that flashy at all. They are not overstuffed in terms of specs but good enough for those that are just starting out.

Dell G5 gaming laptops are a good middle ground between performance and value. Starting 2021, the Dell G5 laptops come with an Alienware-inspired design. As for the specs, you get to choose between 11th Gen Intel and Ryzen 5000-series CPUs. Likewise, you also get RTX 30-series GPUs.

This brings us to the Dell G7 series. It features the best build (metallic build), hardware, and cooling setup of the whole G-lineup. However, it is not quite popular in Nepal. 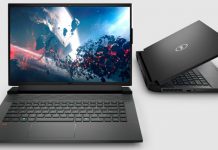 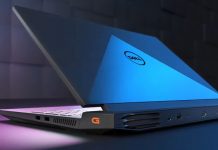 Sanjeev - February 7, 2022
Dell debuted the 2021 iteration of the G5 gaming laptop last year with the new RTX 30-series graphics. It eventually made its way into... 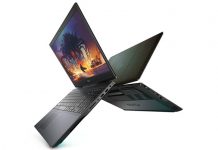 Sanjeev - November 26, 2020
Dell has updated its G-series of budget gaming laptops in Nepal with the introduction of the G5 5500 gaming laptop. Let's take a look... 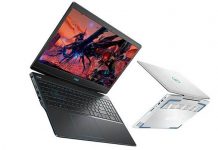