Here, you can find, compare and check the specs, features, price, and availability of the latest TV models from top electronics brands in Nepal.

TVs have been a permanent fixture in our living room for some years now. For many of us, it is a one-time investment that we won’t be upgrading in a near future. So to help you decide on the best TV for you, we present to you the latest price of TVs in Nepal.

Samsung is among the most successful consumer electronics brand in Nepal. The South-Korean tech conglomerate is known for its QLED technology in Nepal which incorporates a layer of Quantum film over LED backlighting for richer colors.

Samsung even sells Neo QLED, MicroLED, and Lifestyle lineup of TVs in the international market but they are not available in Nepal.

LG is a world leader when it comes to OLED TVs. The company not only manufactures OLED panels for its TV but also provides them to other companies. As of now, it is the only company to sell OLED TVs in Nepal. In addition, it also sells LCD TVs.

LG TVs run on the company’s beloved webOS and come with Magic Remote.

After earning much success and popularity in the mobile market, Xiaomi entered the Nepali TV market with the Mi TV 4X. Since then, the company has expanded its TV portfolio to include some more TV.

On a side note, the company even sells Android TV sticks that can turn your old TV into a smart one.

Nepal is among the few countries where you can buy OnePlus-branded TVs. OnePlus burst into the TV market with the launch Q1 series in India in 2019. Unlike smartphones and accessories, OnePlus restricted its TV business to India.4

As of now, the company only sells the budget-oriented Y-series of smart TVs in Nepal.

TV is among the hundreds of products that Chaudhary Group sells under its umbrella. Being a brand based in Nepal, CG has shaped its TV portfolio based on the growing needs of Nepalese consumers.

Sony is the world’s third-biggest TV brand in the world after Samsung and LG. The company has a sizeable share in the Nepali TV market.

TCL was the fourth-largest TV brand in the world by market share in 2021. The company is known to offer value-for-money offerings. 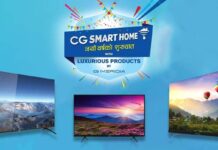 CG is offering lucrative deals on its entire lineup of televisions

Sanjeev - April 1, 2022
Since TVs are not going anywhere soon, it is always a good idea to invest in a quality TV. To help you decide on... 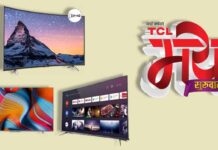 Sanjeev - April 1, 2022
TCL has made a name for itself in the TV industry by delivering quality products at reasonable prices. You can buy TCL-branded TVs through... 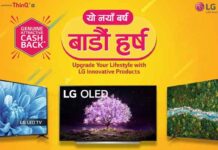 Nikhil Shrestha - March 28, 2022
LG is among the best TV manufacturers in the world, rivaling the likes of Samsung and Sony. It has a wide range of TV... 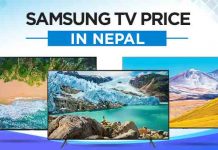 Nikhil Shrestha - March 27, 2022
In this article, we'll be taking a look at all the models of Samsung TV available in Nepal alongside their latest price, key specs,... 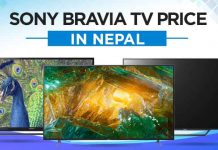 Nikhil Shrestha - March 14, 2022
Nowadays, TVs are slim and lightweight, have a wide viewing angle, a bright display that reproduces true colors and can even act as a... 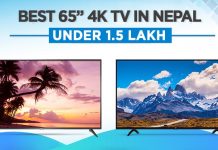 Nikhil Shrestha - October 10, 2021
When buying a TV, most people seek one of high quality that will last for years. We recently updated our list of the best... 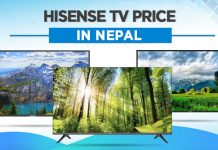 Rajesh Regmi - October 7, 2021
Pandemic-related production issues have resulted in price increase across the board in the TV industry. Nonetheless, the demand for TVs has not decreased. Instead,... 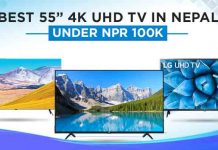 Nikhil Shrestha - October 6, 2021
Television is a long-term investment for the majority of households. This implies that the TV set you choose must be long-lasting and of high... 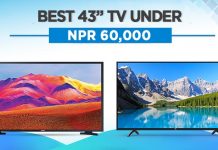 Rajesh Regmi - October 6, 2021
As the festive season is upon us, many people might be looking to buy a new TV. Realizing this, brands have been trying their... 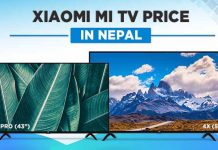