The Spectre lineup of laptops from HP is known for its premium and ultra-portable offerings. With an innovative 360° hinge, you can use the Spectre laptops as a traditional laptop or flip them up to use a Windows tablet. As a result, these laptops are popular among students and business professionals who need both power and performance. In this article, you can find the latest price, specifications, features, latest price, and availability of the HP Spectre 2-in-1 series laptops in Nepal.

Today, the Spectre has become HP’s most premium lineup, and it is well distinguished from the Envy series closest to it. However, the Spectre series was part of the Envy family when it debuted in 2012. At CES 2012, HP introduced the HP Envy 14 Spectre — the first Spectre-branded notebook. The Envy 14 Spectre was introduced as the “most premium consumer Ultrabook” at a time when Intel’s Ultrabook designation was finally gaining some steam. From then on, HP has updated and upgraded the Spectre lineup with the latest premium features and technology available. However, the main selling point of the HP Spectre lineup has remained the same — premium design. These laptops are made from premium material and sport a sleek modern look. HP refreshes the lineup each year with the latest processor for that year.

Who should buy HP Spectre series laptops in Nepal?

The Spectre series focuses primarily on design, built quality, and portability. So, it is best suited for students and business professionals that are always on the go. These are premium laptops and are priced accordingly. If you want something cheaper, HP also has the Envy series. If size and portability are not your concern and you want the best performance possible, HP sells the Victus and Omen gaming laptops at different price points. Where to buy HP Spectre Laptops in Nepal?

Generation Next Communication (or Genxt) is the authorized distributor of HP products in Nepal. Thus, you can find HP Spectre laptops at the official price at Genxt’s physical and offline stores. In addition, you can buy HP laptops from reliable and trusted stores like ITTI and Hukut. 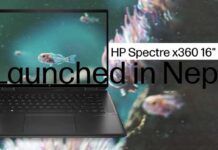 Sanjeev - December 6, 2022
HP refreshed its flagship 2-in-1 convertible laptop, Spectre x360 16, earlier this year, which is finally available in Nepal. So, let’s discuss the specs,... 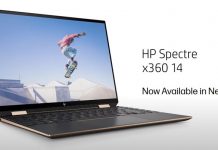 Sanjeev - July 24, 2022
HP refreshed its Spectre X360 laptop series with a taller 3:2 and other hardware specs. The laptop is finally available in the Nepali market.... 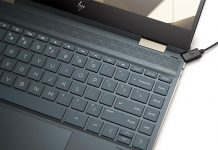 Darwin Suwal - November 8, 2018
HP is undoubtedly a huge name in the portable PC market. The company's Spectre-series brought something relatively new to the table, not that it... 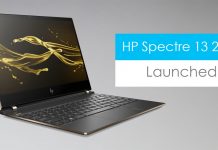 Yankee Maharjan - October 7, 2017
Like smartphones, laptops are evolving swiftly. They are getting more thinner and going bezel-less with every new launch. In a recent event, HP announced...
© Gadgetbyte Nepal Pvt. Ltd. 2013-2022