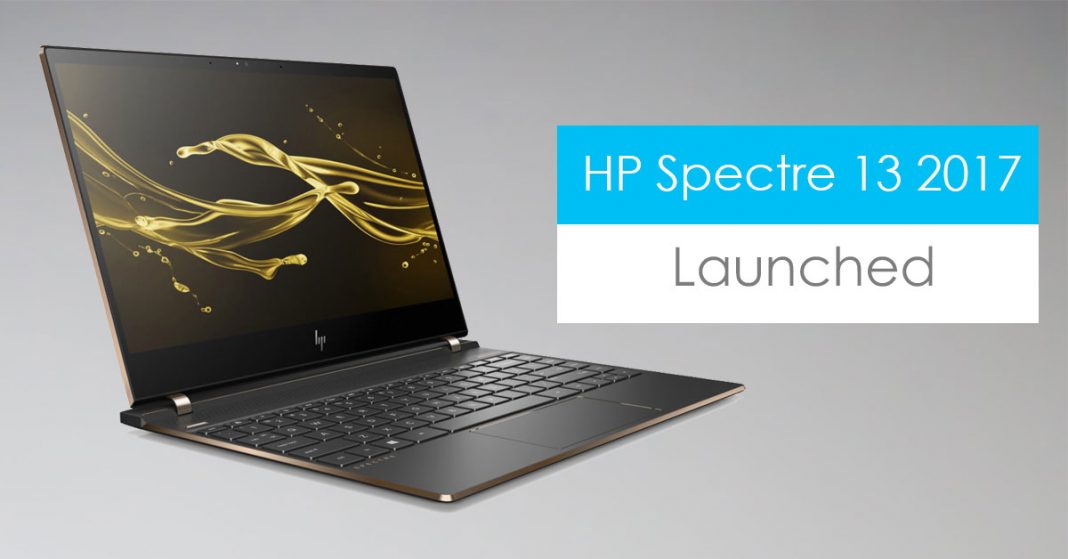 Like smartphones, laptops are evolving swiftly. They are getting more thinner and going bezel-less with every new launch. In a recent event, HP announced its latest flagship laptop, the Spectre 13 and Spectre x360. The HP Spectre 13 is touted as the world’s thinnest touch laptop while the x360 is a convertible 2 in 1. Spectre series was renowned for its build quality having used elements like aluminium and carbon fibre. 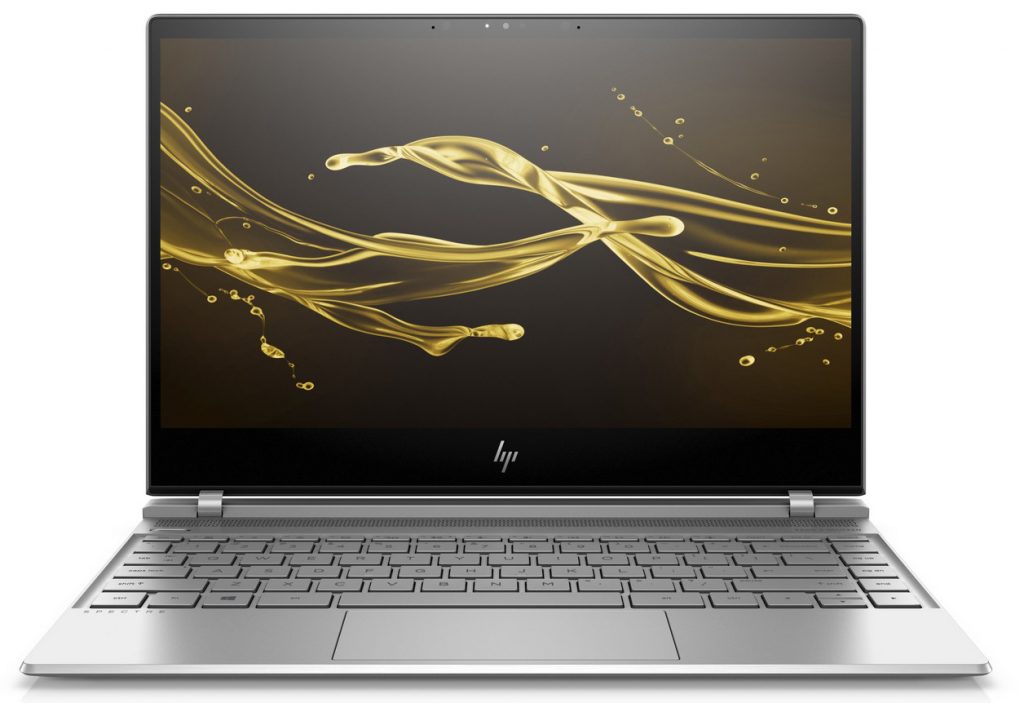 HP Spectre 13 has got a big facelift from its previous uninspiring design. The laptop now boasts micro-edge bezels, a fancy word for edge to edge display with Corning Gorilla Glass protection. Coming in at 10.4mm thickness, HP has a 13-inch display with touch, making it the World’s thinnest laptop with a touchscreen. Its base model comes with a full HD panel but you can bump it up to 4K UHD resolution in the same form factor.

Even with thin top bezel, HP has incorporated a webcam which can shoot full HD videos. It also supports Windows Hello feature to unlock the PC with your face. The speakers have also been replaced from sides of the keyboard to the bottom of the display. This has allowed HP to go with an edge to edge backlit keyboard. The size of the touchpad has been increased by 15% as they were small on the last model.

Talking about specifications, the laptop packs the latest 8th Generation Intel Quad-Core i5 and i7 CPU’s. It supports configuration of up to 16GB of LPDDR3 RAM and PCI-E based SSD up to 1TB. The ultrabook now provides 11.5 hours of usage compared to 7 hours in the previous model. This has been the result of an increase in battery size from 42 watts to 43.7 watts, use of power efficient processor and heat control. HP has used thermal sensors to monitor heat and which will turn on fans only when necessary.  The Spectre 13 also offers fast charging which can charge the laptop from zero to 50% in 30 minutes.

It has a good selection of ports with 3 USB C ports where 2 of them are Thunderbolt 3 and the other is USB 3.1. It offers headphone jack and Bluetooth 4.2 for connectivity. HP Spectre 13 is priced at $1300 for i5 model with 8GB RAM, 256GB SSD and full HD display and $1400 for the same configuration with Intel i7 processor.

HP Spectre x360 is a convertible 2 in 1 laptop, meaning it can be folded and used as a tablet. The laptop also offers a dedicated pen for creative purposes. HP Spectre x360 was already a great laptop in terms of build and design so it has gotten a few little upgrades which makes it even better from a usability standpoint.

The Spectre x360 comes with a fingerprint sensor on the right side along with Windows Hello feature. For added security, the laptop also offers privacy screen filter in the full HD models which can block visuals of your screen from people staring at your display. In terms of internals, it is very similar to the Spectre 13. It offers 13.3-inch full HD panel which can be bumped to 4K UHD resolution. For performance, it comes with the same 8th Generation Intel Quad-Core i5 and i7 CPUs. RAM can go up to 16GB and the SSD up to 1TB. HP claims the Spectre x360 to provide 16 hours of battery life with full HD configuration. It also incorporates fast charging which can charge the laptop from 0 to 50% within 30 minutes. It has a good selection of ports with two USB C’s with Thunderbolt 3 support, a USB 3.1 USB A port, SD Card reader and a headphone jack.