In this article, we have listed all the gaming laptops under the Lenovo Legion brand that you can currently buy in Nepal, along with the price and availability.

For starters, Legion is a gaming-oriented brand that comes under Lenovo. The first Legion-branded laptops were unveiled at CES 2017. Legion sells all kinds of gaming products including gaming desktops,  laptops, monitors, accessories, and even software.

The company even forayed into the gaming smartphone market with the Phone Duel in 2020. Here, we will be taking a look at different laptops under the Lenovo Legion brand and their price and availability in Nepal.

The first Lenovo Legion laptops came under the Y-series. That was the case until 2020 when Lenovo decided to rest the Y-series and brought forward the number series that we all know today. You can still find some Y-series laptops but we do not recommend buying them as they come with outdated specs.

The first Legion 5 laptop was launched in 2020. It was the successor to the Y540 that came a year earlier. With the Legion 5 series, you get a minimalistic polycarbonate body with the latest chips from AMD, Intel, and NVIDIA inside it. The models with the Intel processors end with the ‘I” suffix, whereas it’s missing on the AMD models.

Lenovo 7 Series is the best gaming laptop at Lenovo’s disposal. The first Lenovo Legion 7 series laptop came out as a successor to 2019’s Y740. Though Legion 7 series laptops look similar to Legion 5 laptops, they have better build quality because of the use of premium build material such as Aluminum.

Moving on, users get to choose from the best of Intel and AMD. As for AMD, Legion 7 Series laptops come with the latest RTX GPU from NVIDIA.

Unfortunately, there are not that many Lenovo Legion 7 laptops in the Nepali market today. 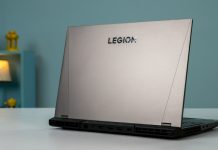 The Legion 5 Pro was one of the best gaming laptops on the market last year. Combining beefy hardware with a commendable design and... 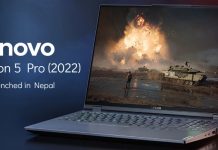 Rajesh Regmi - August 4, 2022
The 2022 iteration of the Lenovo Legion 5 Pro laptop is now available in Nepal. It is powered by a Zen 3+ (Rembrandt) architecture-based... 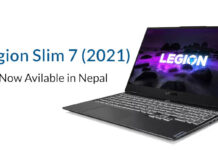 Sanjeev - February 9, 2022
Lenovo Legion 5 Pro is among the best gaming laptop in Nepal right now. However, it may seem bulky if you are a student... 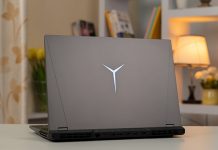 Lenovo Legion 5 Pro Review: The Right Gaming Laptop For Most

Lenovo’s Legion lineup consists of different varieties of gaming laptops—from the thin-and-light Slim 7 to the high-end Legion 7. And in this review, I’ll... 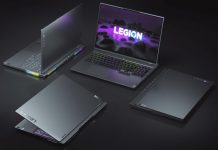 Sanjeev - August 27, 2021
Lenovo refreshed its Legion line of gaming laptops earlier this year and the new models have finally arrived in Nepal. Here, we will be...
© Gadgetbyte Nepal Pvt. Ltd. 2013-2022