In a market full of mid-range phones, the low-end segment seems to be forgotten as we don’t see many phones at this price category these days. Colors Pride Series has always been targeted for those who are not familiar with android or touch-screen phones. Colors is now back again with the latest iteration in the Pride series, the Colors Pride P80 which we got to play around for few weeks and here is what we think about the device.

Design wise, the Pride P80 looks pretty cool with its two-tone shading, white on the back and black on the front panel. The phone is quite comfortable to hold with the curved edges which is a nice addition on a budget category. The build is pretty solid and sturdy with some little weight to it. The phone weighs around 155grams which is justifiable as it sports a 3200mAh battery. Pride P80 sports a 5-inch 720p display which is pretty decent for its price. The phone doesn’t seem to have any kind of protection up front; it’s recommended you put on a screen protector that’s available on the box. The 5-inch display has a good color accuracy and you won’t feel like you’re looking at a sub 10k device when you look at the display. While watching movies and playing games, we didn’t miss out on much details. The viewing angles could have been better, but there are not much color shift. Also, the display is pretty decent when it comes to outdoor visibility. 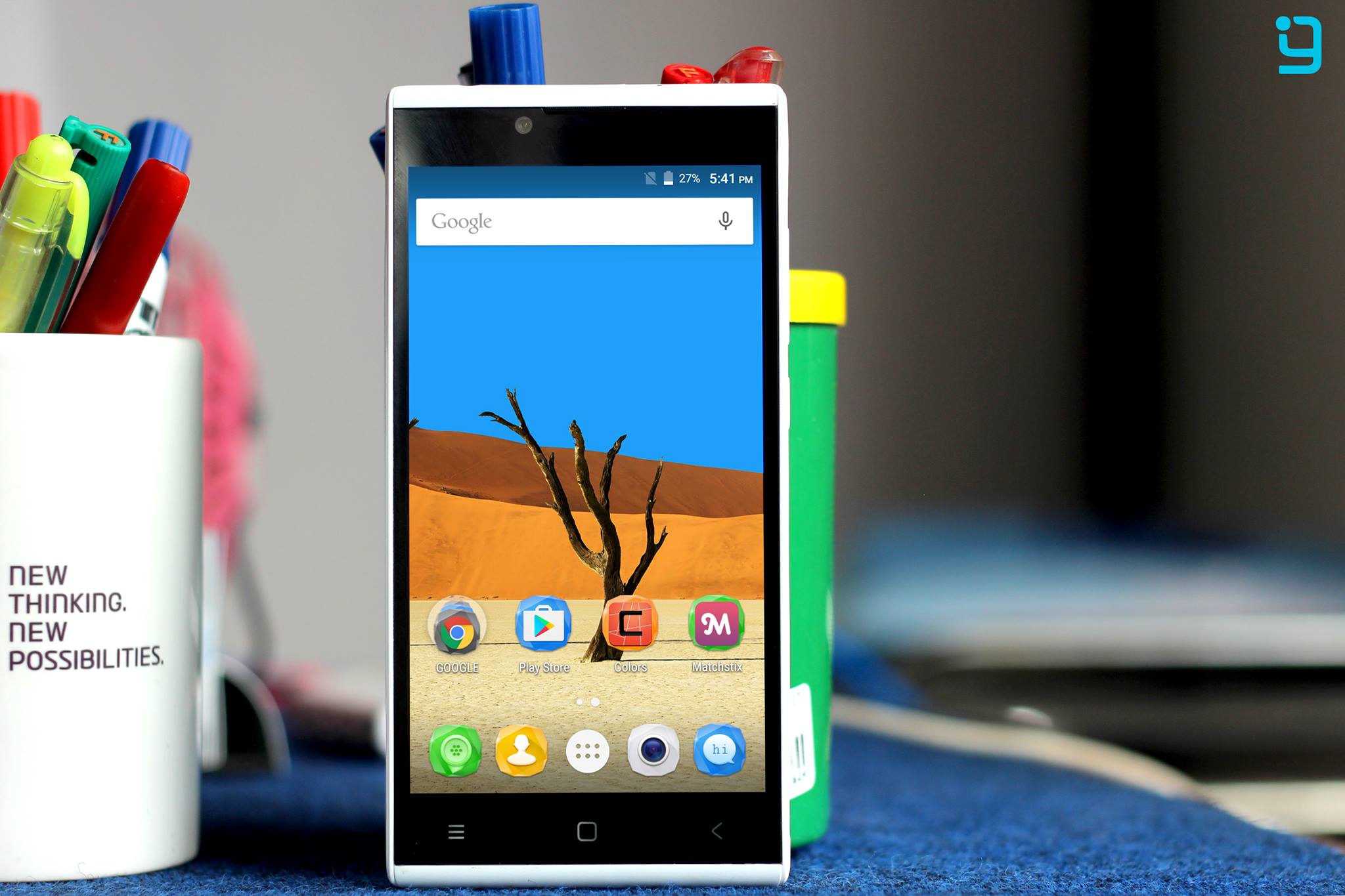 Talking about the hardware specifications, Pride P80 sports a MediaTek 1.3GHz quad-core chipset with Mali MALI-400-MP2 GPU along with 1GB of RAM which is a pretty decent performer. The problem with this phone is with the software optimization. The UI feels pretty laggy at times, and it’s just a mess sometimes when you get into the multitasking tab. But the lag is not there once you open an app and continue to use it. It should be some issue with optimization which can be fixed with an OTA update.You can also get away with some of the lag using a third party launcher other than that you won’t have any hard times with this phone. 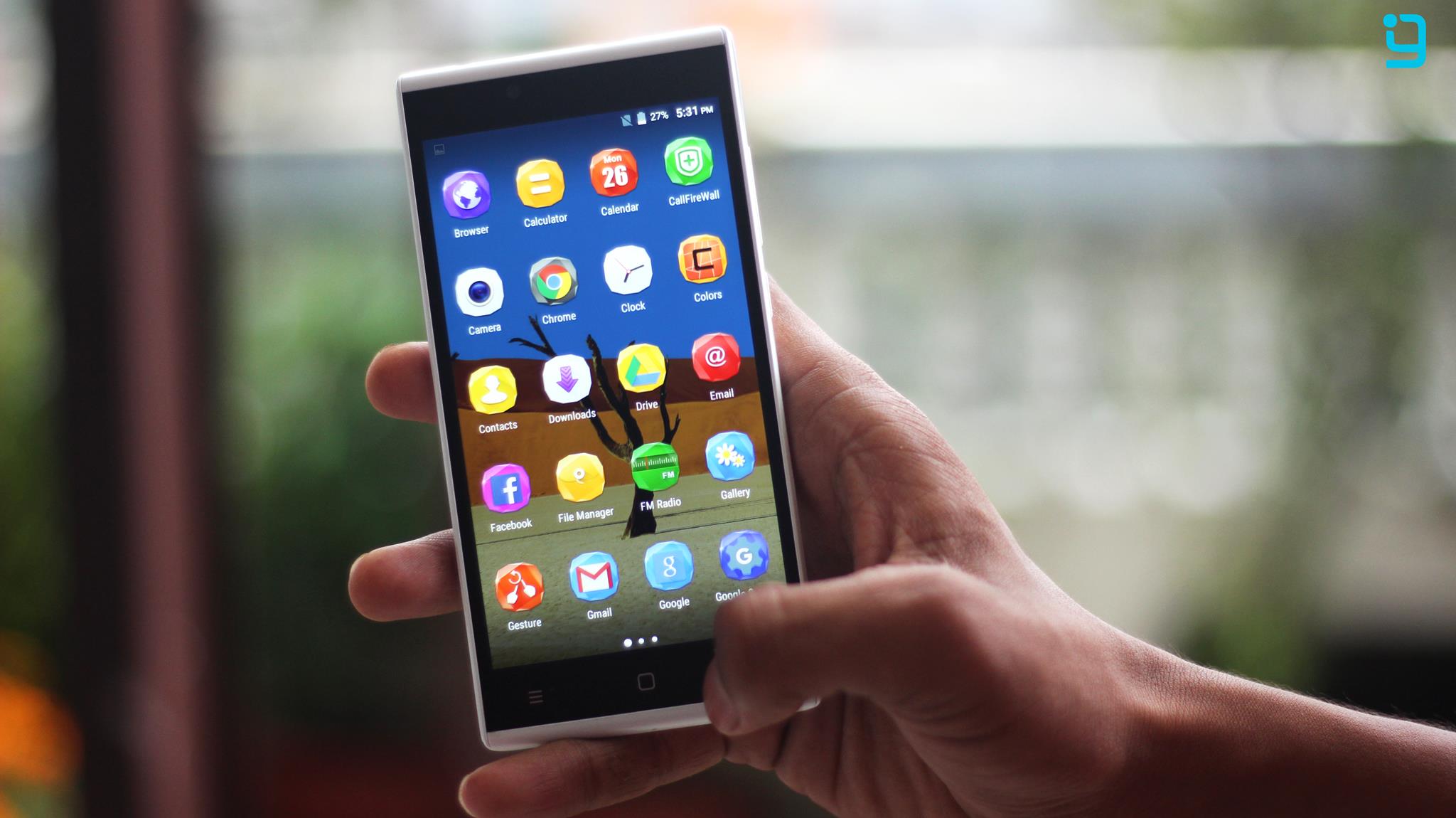 Pride P80 sports an 8MP Rear Camera with CMOS sensor and LED flash. The rear is pretty usual of what you get in a sub 10k phone. The images come out decent from the surface, but once you zoom in there’s lack of sharpness and the colors usually look dull. Up front, the Colors Pride P80 houses a 5MP front camera which is also pretty decent. You can get some shareable photos for your social media if there’s plenty of light else you should not bother opening the front camera. You can’t complain much on the camera department as the phone costs little under 10k. Now, the battery is something that was highlighted as one of its biggest assets when it was launched. But in our experience, the massive 3200mAh battery didn’t last that long as we expected. We could only squeeze around 4 hours of Screen on time. Considering its low hardware specs and our minimal usage, its battery is just average. To charge this device, it takes more than 3 hours. Connectivity wise, the Colors Pride P80 supports Dual SIM: one micro and one normal. It also has a dedicated Micros SD card slot which supports storage upto 32GB in case the 16GB inbuilt storage (11GB user available) runs out. Also, it supports USB OTG which means you can connect a USB drive, HDD, keyboard, mouse and a lot of accessories in your phone which is really handy.

Overall, for the Price of Rs.9,995, the phone is well built and punches well above its weight. It has got a great display, great build, acceptable performance and an average battery life which all combined is a pretty good package for a phone at this price range. The only complaint for the device is its laggy UI which can bother you at times, if not, it’s a great buy for the price.