Home Reviews Digital Kagaj Review – A good way to save paper, but could... 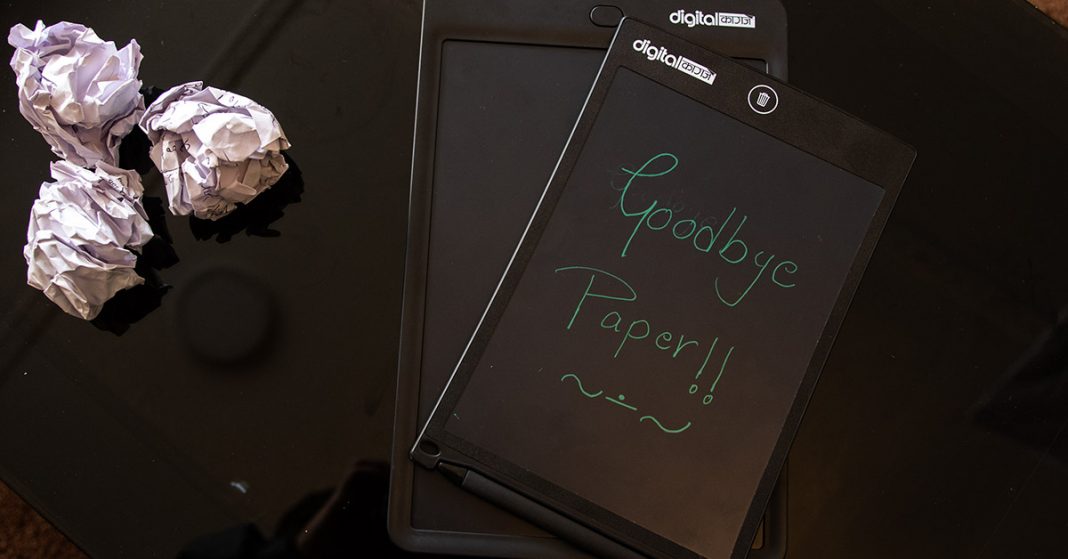 Digital Kagaj is something that looks more like a concept of a product for something bigger. This is something that is very simple and minimalistic and doesn’t do much. It is as advertised – just a digital paper that you, well…write on, nothing more.

As this is something that does not do much, the design is also pretty simple. It’s this big black slab of plastic material with some thickness to it. It looks like a mini black-board of sorts, the ones that used to be in schools. And the functionality is also about pretty much the same. 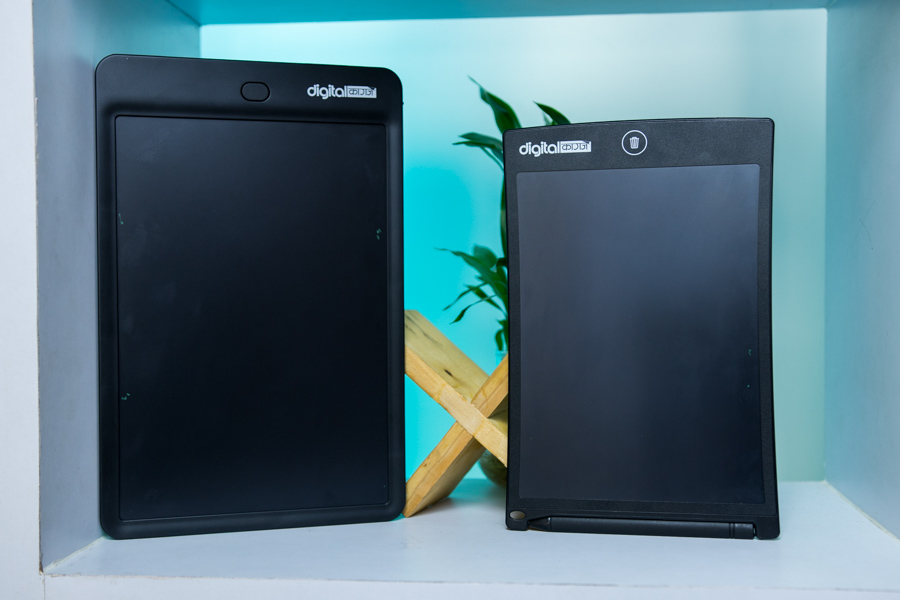 It is made out of all plastic and might give the impression of a tablet on first glance. The button on the top makes it look more like a tablet. But let me assure you, it is nothing but a slab to write on. The button on top acts as an eraser of sorts – it is a delete button. There’s a slot to keep the stylus at the back and a battery slot right beside it. However, this one doesn’t have any kind of rechargeable feature. This is just your regular battery that promises up to 100,000 writings on it.

The construction looks pretty durable too even though it’s all plastic. It does flex quite a bit when pressure is applied, but not to the point it will break. Of course, if you do it forcefully, it will break…but this means that it can handle your everyday abuse. It is also pretty lightweight, weighing less than 200 grams. So, very easy to carry, too.

The stylus looks like a cheap pen and is very lightweight too. But the stylus is nothing but a pen-shaped plastic, anyway. As it has no internal mechanism or anything. You can also easily write with any pointed object, like your nails, or something like that. So, even if you lose the stylus, there’s nothing to worry about. And this device can only write in green. There are no color options available, for now. But if it did have them, that would be quite interesting.

The display is LCD. And by the display, I mean the part which you write on. It is not a “real display”. However, it is pressure sensitive, so, you can apply different levels of pressure to write in various styles too. The display is resistant to bright lights, so, you can also use it in the sun. But due to the lack of any kind of screen lighting mechanism, it cannot be used all that much in dark environments.

Also, this thing is not water-proof, so, be careful in the rain…or just keep it away from water.

Talking about the usage and such, I have already said quite a few times that it doesn’t do much. After all, it’s technically a paper. So, this is something you primarily use to pass the time. I, mostly played “Tic-tac-toe” on it, just for the heck of it. And while we used to waste paper for that, now, we don’t need to! But this is also a good way to get kids engaged in stuff. You can teach them alphabets, or numbers, calculations or drawings and stuff. If your kids like to just scribble on paper, this will also be a relief. It will reduce the paper wastage and be less messy around the house, too. Plus, it is a great alternative to getting kids hooked to mobile phones from an early age.

This can, also, be a good utility for students. It can serve as a way to do rough calculations or scribble notes in rough for memorizing. It can come in handy while doing maths, as you don’t have to keep doing it in the corners of your notebook, or do it on the table and rub it off later. Plus, this can be used in small restaurants to take orders from customers without wasting paper! 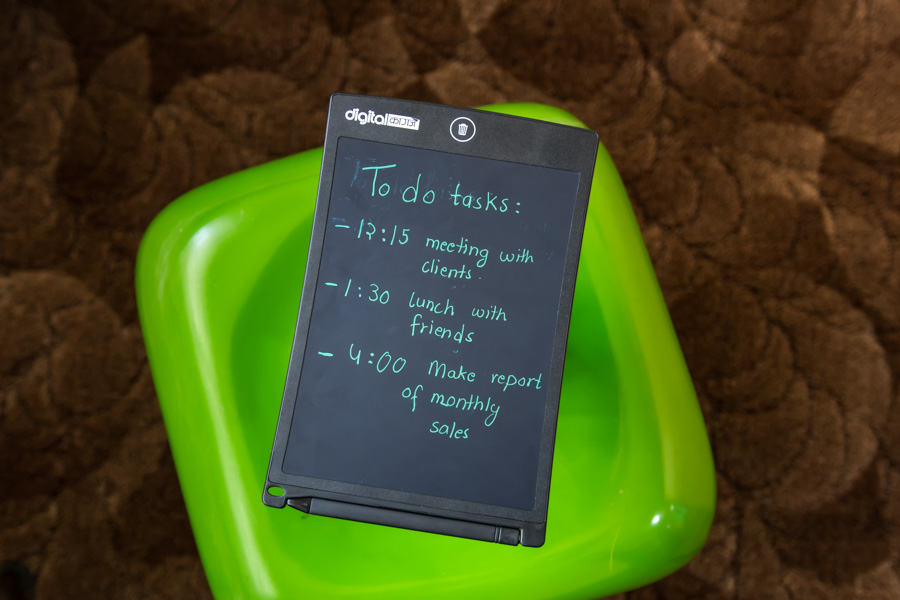 For office workers, it can be a way to keep track of everyday tasks. It is a better alternative to those sticky notes which you have to stick on your walls and look untidy. But for those of us, who work only on their computers, or laptops, this may not be very useful. For people like us, we even have sticky notes in our laptops itself. So…this is for those, who are not on their computers 24 / 7.

In addition, this is a good tool for designers as well. If you need to provide a rough layout for the designs, this is a good way to do so. And if you like to simply doodle on, then, you can do that too. The major drawback is the lack of an eraser. There is a delete button, but when you press it, everything on it will be deleted. If this only had an eraser or a one-step undo button, it would be much more practical for designers and artists as well. And not only them, but it would be practical for everyone. Because, if you just make a single mistake, then, you have to delete everything! And that is very impractical…so, an eraser would make a big difference!

Also, this one has got no storage of any kind. It is only a simple writing page. You cannot store anything in it, you have to take pictures of it. There is a lock button on the bigger model, which when triggered can prevent accidentally erasing the contents as well. So, if you are doing something important, you can use that.

This Digital Kagaj is priced at Rs.1950 for the bigger 10-inch model and Rs.1450 for the smaller 8.5-inch model. Maybe, they could have included a storage mechanism, but that would make it more expensive and a different device altogether.

However, this is a very good concept, with the objective of “Say Goodbye to Paper“. And what I think is, this is still in its starting phase. You can purchase it commercially, but what I want to see is a full-fledged digital copy with storage, so that you can write notes on it, and can replace your whole notebook. And we can save more paper!

But for now, as it stands, this is also a great product for casual usage. It is a great concept, and I like it quite a bit. What do you think of it, do let us know. And if you can think of any other practical usages, do let us know that too!