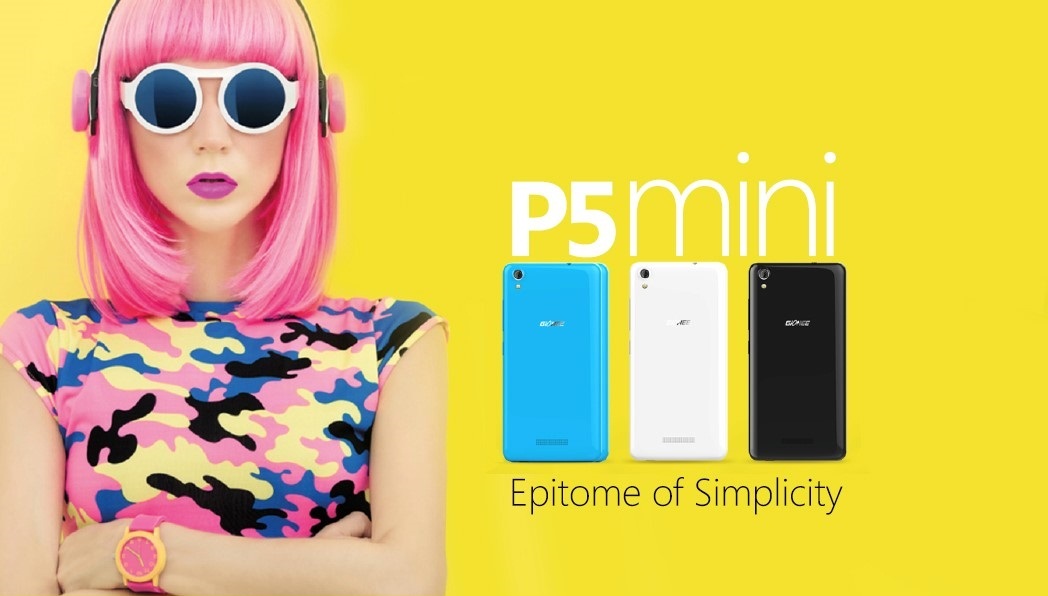 Teletalk Pvt. Ltd., the authorised national distributors of Gionee smartphones in Nepal, has officially launched a budget oriented android smartphone — Gionee P5 Mini. The phone is available for purchase from different gionee outlets for a maximum retail price of Rs. 7,999.

Gionee P5 Mini comes with a 4.5-inch IPS LCD display with a resolution of 480 x 854 pixels. Like most entry-level phones, there is no protection on the screen. It is powered by a 1.3Ghz quad-core processor (32bit, Cortex A7, MT6580M). In terms of memory, the phone has 1GB of RAM and 8GB of inbuilt storage that is expandable upto 32GB. 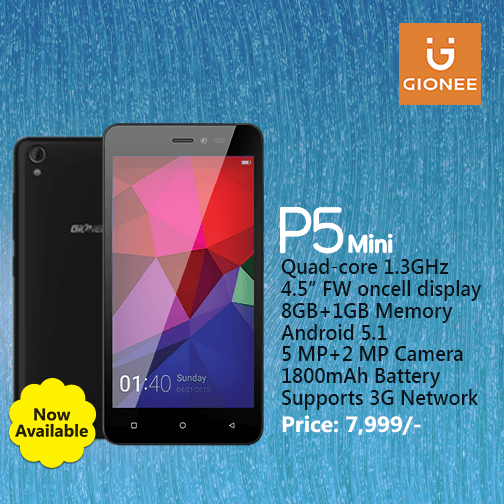 The Android Lollipop 5.1 based Gionee P5 Mini sports a 5-megapixel rear camera with LED flash, and a 2MP front facing camera. Connectivity wise, there is a dual SIM slot with 3G capabilities, WiFi b/g/n, WiFI hotspot, Bluetooth 4.0 with A2DP, and A-GPS. It houses an 1800mAh battery and is removable in nature thanks to its polycarbonate back. The phone is relatively heavy for a 4.5-inch device as it measures 153gms, and is a tad thicker at 9.1mm for a phone with only 1800mAh battery.