The Redmi Note series are the most popular mid-range phones globally. They are even the highest selling devices in many parts of the world including Nepal. However, this year, competition like Samsung and Realme have equally good offerings with the Galaxy M31 and the Realme 6. So, with all the Note 9 Pro offers, can it still hold its crown as the mid-range king? Let’s find out in this review.

During my time with the Note 9 Pro, I have been comparing it with the Samsung Galaxy M31 and the Realme 6. And the first thing that stands out with the Note 9 Pro is its design. It feels way more premium than the other two, thanks to its glass back. The frames are also well-built, although it’s plastic. It has a side-mounted fingerprint sensor that is at a comfortable position this time as opposed to the Note 8 pro which had the sensor right below the camera lens that led to a lot of accidental touches on the camera lens. About the sensor, it’s very fast and accurate in functioning. At the back, we see a different looking camera arrangement with the square module which looks different and nice in my opinion. The front also houses the Gorilla Glass 5 protection and luckily, I haven’t had any scratches either. 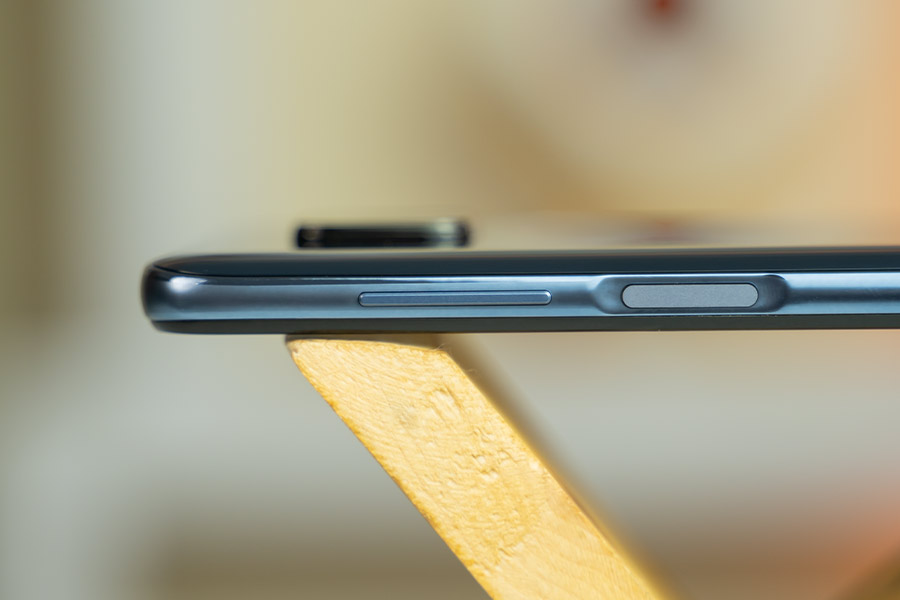 Similarly, Note 9 Pro’s front looks aesthetically pleasing as well, thanks to its center-lying punch-hole cutout. The punch hole has a slightly bigger diameter than, say the Samsung Galaxy S20. But ultimately, it’s not that distracting or obstructive at all.

The display here is a Full-HD IPS panel, and since the Realme 6 was launched like 2 months before this, I was most definitely expecting a 90Hz panel. Sadly, that’s not the case here. But in Xiaomi’s defense, they have included a quality IPS panel with a near AMOLED-level contrast and color reproduction. The touch response is quite fast with very little latency too. This is also a pretty big phone with a 6.67-inch display. Besides the display itself, its form factor is quite big too. It is also quite heavy, weighing 207gms. So, using the Note 9 Pro for a long session might be troublesome for some. So, I think Xiaomi should look into it and make its upcoming devices a little bit light with a balanced weight-distribution and ergonomically comfortable as well.

Moving on to the performance side of things, the Snapdragon 720G on the Note 9 Pro has served me well. I got the 6GB RAM and 128GB storage variant because 64GB is kind of low for me and most people these days. So, though you can still upgrade the storage using a microSD card, my suggestion is you get the 128GB variant instead.

And I could see a lot of comments from smartphone enthusiasts that the SD 720G is not a proper upgrade from the Helio G90T found in its predecessor, the Redmi Note 8 Pro. Yes, the Helio G90T chipset has a slightly better benchmark score, but the SD720G is a much more balanced chipset. It is based on the 8nm architecture and thus offers much better thermal and battery efficiency compared to the G90T.

Besides, normal usage like multitasking, web browsing, and using social media apps have been decent so far, despite having installed over 30 apps. Obviously, if you are used to flagship devices, this one does feel a little slow when you are multitasking or browsing and scrolling heavy pages. But, since it is intended for budget-conscious buyers, they should feel this phone pretty fast.

The Redmi Note 9 Pro runs on Android 10 with MIUI 11.0.7 on top, and I have recently received the May security update. And Well, the new MIUI 12 is also on the way, and that’s great too. But I think Xiaomi is lagging in terms of providing regular security updates. Take the Note 8 Pro for instance. It’s been, like what 7-8 months since its launch, and it is still stuck on Android 9 Pie with the December security patch. And that is unacceptable in my opinion. I know this is not the case for Note 8 Pro owners on other parts of the world, but still.

And about the ad situation, fortunately, I have not received any ads in my unit even though it’s the Indian variant. But I have seen many reviewers from India complain about ads shown from Mi Browser and other pre-installed apps. So, I think it’s safe to conclude that ads on Xiaomi’s MIUI are country-specific.

Like its predecessor, the Note 9 Pro has a gimmicky quad-camera setup. Gimmicky as in there is this macro lens and the depth sensor. Strangely, the primary camera here is an inferior 48MP Samsung GM2 sensor found on the much cheaper Redmi Note 8 from last year. Another weird thing is that the two-generation old Redmi Note 7 Pro had the-then flagship Sony IMX586 sensor. Similarly, the Note 8 Pro had the 64MP Samsung GW1 sensor, and now we’re getting a comparatively inferior GM2 sensor.

So, does it mean that earlier generation of Redmi Note devices had a better camera setup than the latest Note 9 Pro?

The thing is, with every iteration, Xiaomi is improving its camera optimization because computational photography is equally important like the core camera sensor itself. And that’s exactly where the Note 9 Pro excels at. Comparing the images from Note 8 Pro and the Note 9 Pro, I found that the latter has a much better dynamic range. Similarly, portraits and selfies look more pleasing on the Note 9 Pro as well.

Another improvement Xiaomi has made with Note 9 Pro’s camera optimization is saturation. Here, you get punchy and slightly oversaturated images, which is pretty ideal in terms of landscape photography. However, in other scenarios, the optimization feels overdone with unnatural colors. Comparing against the Galaxy M31, I found the primary lens’s performance to be pretty competitive. While the M31 has better colors and dynamic range, the Note 9 Pro excels in terms of details.

Getting to portraits, I found the M31 to have a better background blur with lively colors. However, the skin tone of the subject is better on the Note 9 Pro. So, Do let us know which one you prefer down in the comment section.

Moving on to the ultra-wide camera, I was pretty disappointed with it. Not only is it lacking in detail, but the dynamic range and colors are very inconsistent too. Galaxy M31, on the other hand, takes a much better ultra-wide-angle shot with a wider field of view and great dynamic range.

The areas where the Note 9 Pro is a clear winner is the night mode images. Although the normal night time images are pretty useless on both these phones, the Note 9 Pro’s dedicated night mode works better by offering good colors and light exposure in low-light photography.

Selfies share the same story. I found the Note 9 Pro’s selfies to be pale with average background colors, whereas the skin tone on the M31 is natural with an excellent background color. The portrait selfies are also better on the M31.

Video is also another area where Note 9 Pro outperforms the competition. You can record videos at 4K/30fps, 1080P/60fps, 1080P/120fps, and even 720P at up to 960fps. It offers great stabilization in 1080P 30fps videos. Although the colors are a little inaccurate, I guess the stabilization makes up for it. Similarly, there is stabilization in ultra-wide-angle videos too at 1080P @30fps.

But despite having better video output, overall, in terms of camera, I think Xiaomi still needs to work on its optimization even though it’s gotten better over the years. And maybe they could have included the better Sony IMX686 sensor that’s present on the Poco X2. Because of these, I think the camera on the Note 9 Pro is acceptably moderate with a lot of room for improvements.

The audio output here is pretty average too and it’s not as good as the Galaxy M31, but it should be sufficient for watching movies and stuff. Sadly, the quality from the 3.5mm headphone jack is also pretty mediocre. Here too, the M31 outperforms it with a loud and pleasing sound. 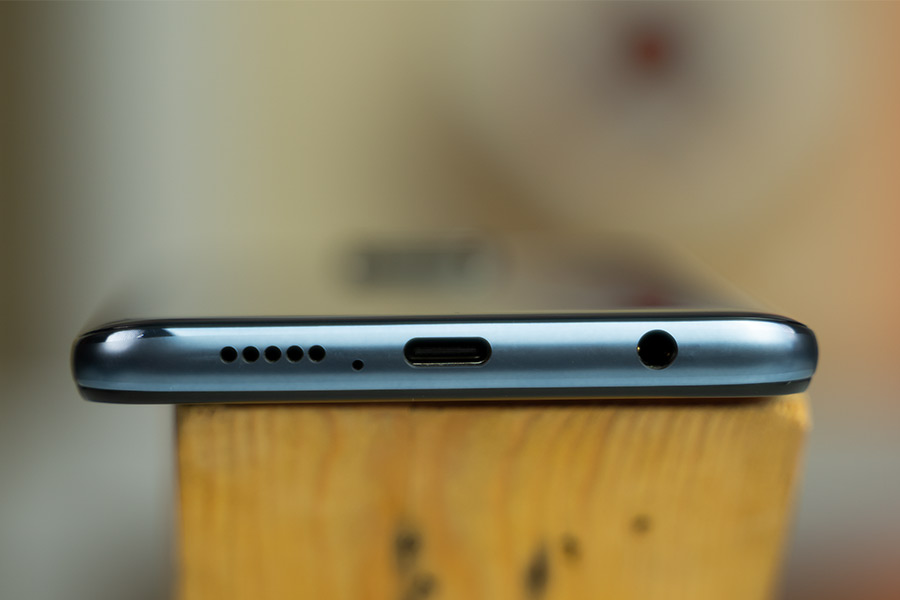 The big 5020mAh battery on the Redmi Note 9 Pro provides excellent endurance. That’s mainly thanks to the aforementioned energy-efficient chipset. As a result, the battery life on the Note 9 Pro is much better compared to the Helio G90T-powered Redmi Note 8 Pro.

Regrettably, you only get an 18W fast charging in here; which takes around 2 hours and 15 minutes to fully charge the phone from 0 to 100%. So, I think Xiaomi should have given a 30 or 33W charging like the Note 9 Pro Max because waiting for over 2 hours surely isn’t that easy.

To wrap things up, I’d say the Redmi Note 9 Pro is a pretty decent budget phone. It offers good overall performance in all departments, unlike its closest competitors like Realme 6 (Read review) or Samsung Galaxy M31 (Read review). To recall, the Realme 6 had a smoother 90Hz display but its camera was fairly average only. Similarly, you probably know what I’m gonna say about the M31 – yup, its performance is quite incomparable.

So, in my opinion, the Redmi Note 9 Pro gives you much better performance in practically every aspect of a smartphone. However, if you want consistently better camera performance, I think you should be leaning more towards the Galaxy M31, or if you have a little bit of spare cash, getting the Poco X2 or the Realme 6 Pro is no brainer.