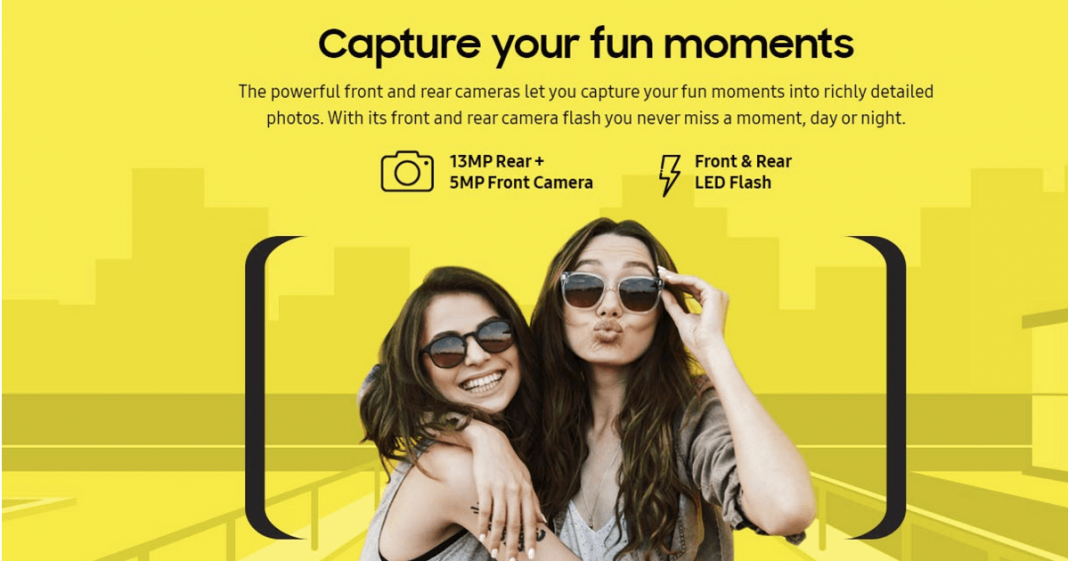 As a part of its mid-range series expansion, Samsung has expanded its J-series lineup. Most recently with the Samsung Galaxy J6 Plus, and now with the J4 Plus. Of course, Samsung’s mid-range phones are not that impressive. And similar is the story with the Galaxy J4 Plus, which just launched in Nepal.

The Samsung Galaxy J4 Plus has very fewer improvements over the J4. The “Plus” in the name only means a bigger display and a bigger battery. Everything else is, more or less, the same.

Samsung Galaxy J4 Plus features a 6.0″ IPS LCD HD+ display. Even with a bigger screen size, which Samsung calls the Infinity Display, the resolution stays the same, which doesn’t seem appropriate. Also, while the J4 had an AMOLED panel, the J4 Plus moves down to IPS LCD. And this is something that bothers me a little. The phone, however, is slightly slimmer in terms of design than the J4. Camera remains the same at 13 MP with f/1.9 aperture, and it can record up to 1080p videos @30fps. The front camera is a 5 MP lens with f/2.2 aperture.

Under the hood, the phone is powered by a Quad-core Snapdragon 425. We always have been disappointed with the choice of chipset on their mid-range Samsung devices. And apparently, that’s not going to change. There are two RAM options 2 GB or 3 GB, but only the 2 GB variant is available in Nepal. Also, this phone has 32 GB of internal storage. But you also have the option to expand the storage up to 512 GB with a microSD card. In addition, as stated, this features a larger battery of 3300 mAh.

There doesn’t seem to be any sort of Fast Charging either. All this for a price of Rs.23490 (Update: Rs. 15,990) seems like a very average deal to me. Especially because of the choice of the chipset. When will Samsung start listening?

So, what do you think of the Samsung Galaxy J4 Plus? Does it justify being called the “plus” version? Do let us know.