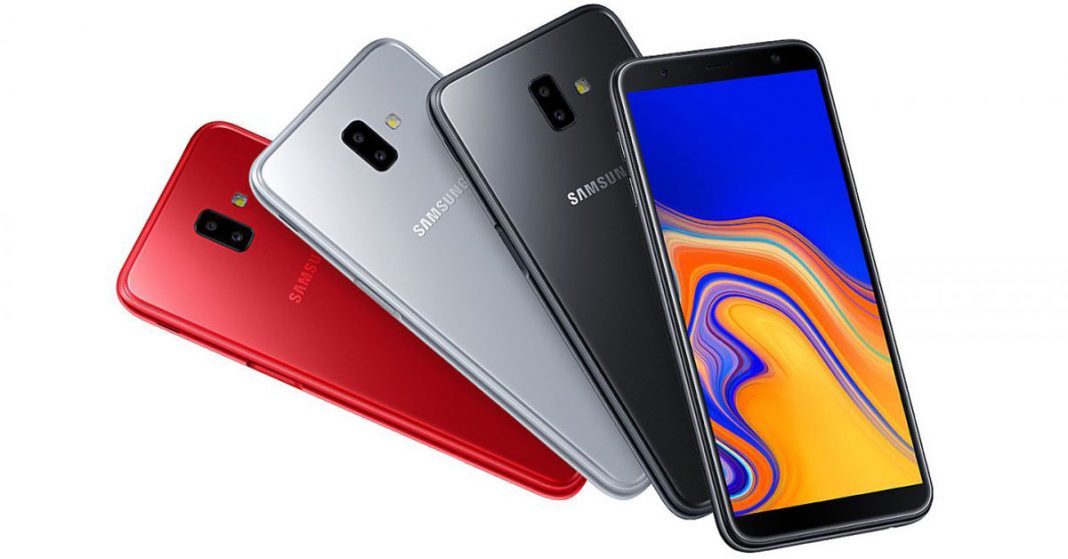 Lately, Samsung has been aggressively expanding its mid-range smartphones. And Samsung Galaxy J6 Plus is the recent addition. The phone comes with dual rear cameras at the back, which is the USP of the phone. But what more features are packed inside this handset? Let’s Find out!

The Samsung Galaxy J6 Plus comes with a tall 6-inch display. The phone, however, comes with only HD+ resolution with 274PPI of pixel density. The display on the phone comes in an 18.5:9 aspect ratio with a generous amount of bezel on the forehead and the chin. However, this did not stop Samsung to call the screen on the Galaxy J6+ an infinity display. Also, most of the Samsung phones come with Super AMOLED panels used as display material. However, the J6+ comes with an IPS LCD panel. So the users won’t be getting vibrant colors on the J6+ like most of the typical Samsung phones.

As I mentioned earlier, the phone comes with a dual camera at the back, which genuinely implies the Samsung Galaxy J6+ to be a camera-centric smartphone. The phone embraces a 13MP primary sensor with a lens of f/1.9 aperture. This primary camera is accompanied by a 5MP camera for the depth sensing purpose. With both cameras in action, the phone is supposed to capture portrait images. On the front, there is an 8MP sensor which comes with a f/1.9 lens. When we come to the performance department of the J6+, we can see the absolute mediocrity. The phone comes with Snapdragon 425 chipset backed by 3/4GB RAM and 32/64GB of storage. However, there is no SD card slot on the phone so the users won’t be able to expand the memory any further. Despite everything, the RAM and ROM configuration is acceptable at this price, however, the processor is not surely up to the par. The phone carries a Quad-core processor, which has a clock of mere 1.4 GHz. It is really pathetic to see the tech giants like Samsung providing such underpowered chipsets in its mid-range handsets.

On the software front, the phone boots on Android Oreo (v8.1) out of the box with Samsung’ Experience UI on the top. The phone also boasts a 3300mAh battery to fuel the device.

Should you buy the Samsung Galaxy J6 Plus?

At this price, the answer is a clear no. The phone comes with a dual rear camera, which is a good thing. And since Samsung always provide cameras with great quality even on their midrange and budget handsets. And I am not doubting it on the Samsung Galaxy J6+. But since the phone lacks a decent chipset, a sharp Full-HD resolution or vibrant AMOLED display, and an SD card slot for memory expansion, this is not good to buy. Not at all!

But if one is a true Samsung fan and want to stick to the brand, Samsung Galaxy J7 Duo and Samsung Galaxy J8 still are the better choices. If there is any list of the worst phones to buy in Nepal, Samsung Galaxy J6+ stands on the first of the list. So it is the best phone to skip at this price.