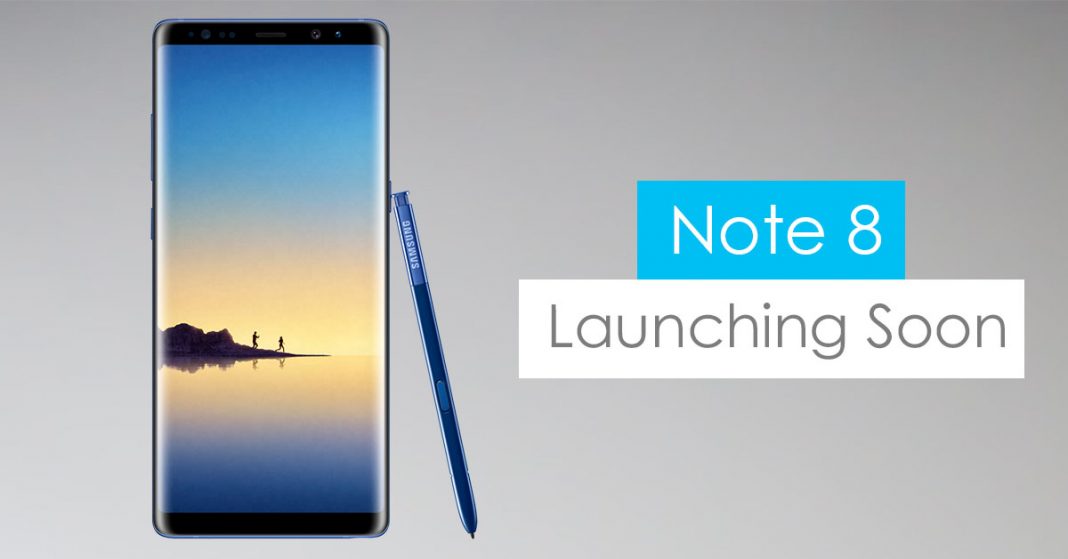 The Samsung Galaxy Note 8 is the latest flagship offering from Samsung. And the eager note fans will definitely be waiting for this iteration for about two years now. Seeing what happened to the Note 7, and even the Note Fan Edition that didn’t make it to Nepal.

Samsung Nepal has started sending out invites to the tech bloggers and media for the event that is scheduled for this Monday, September 18.

Jumping to the specs the Samsung Galaxy Note 8 features a huge 6.3″ SuperAMOLED display with a resolution of 1440×2960 pixels. That accounts to a sizable 521 pixels per inch. It has a screen to body ratio of 83.2% which makes it one of the best-looking devices out there. It also features the same 18.5:9 aspect ratio as the Galaxy S8 duo. The display is protected by the Gorilla Glass 5 and is HDR 10 compliant.

The phone comes in two flavors, one with the snapdragon and the other with the Exynos SoC variant. Nepali buyers will be enjoying the Exynos variant, although both offer the same level of performance. The internal storage goes up to a staggering 256GB with 64GB and 128GB as the other two options. Samsung has boosted the RAM to 6GB, and a 3300mAh battery to keep everything running.

The Note 8 also features one of the first dual camera setups from Samsung. Both the sensors support OIS, with one of them capable of 2x optical zoom. The video recording caps out on [email protected] The front houses an 8MP sensor with a f/1.7 aperture lens. Needless to say, the cameras are some of the best in class.

The Note 8 runs on Android 7.1.1 Nougat with Android Oreo under development. The phone also flaunts one of the best connectivity options, including the Bluetooth 5.0, 802.11ac Wi-Fi, USB 3.1 type-c connector and even an option for dual SIM support. And lastly, the phone is waterproof as well.

The phone will be priced at around Rs 96,000. Looking at the estimated price tag, if you aren’t a hard core Note fan and don’t need the S-pen, you can go for the cheaper S8 plus as well. The S8 plus sports a 0.1 inch smaller screen compared to the Note 8, has 2GB of less RAM and one less camera. So if those features don’t matter much to you, the S8 or the S8 plus might be a better deal for you.

So what do you think of the Samsung Galaxy Note 8? Do you think Samsung enough to take just-announced iPhone X? Do let us know in the comment section below.