One of the best phones of 2016, literally burst into flames. Yes, I am talking about the Samsung Galaxy Note 7, the phone which was earning accolades until its battery started to give up. In response to the numerous fire incidents, Samsung discontinued the device and recalled each one of them as well. 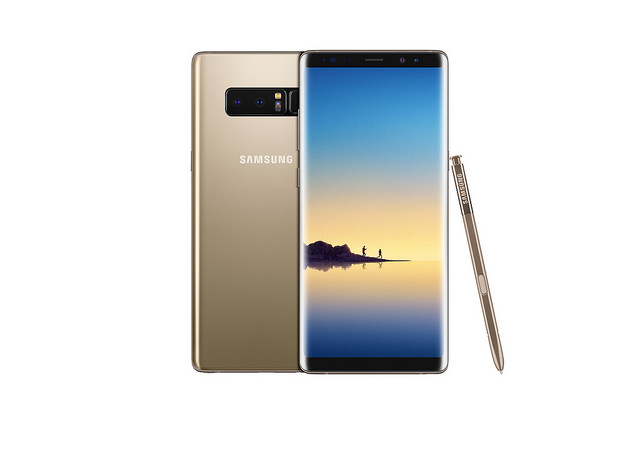 While many had expected Samsung to stay put with its flagship of 2017 – the Galaxy S8 and S8+, the company has unveiled a new member of the Note-series – the Samsung Galaxy Note 8. The Note 8 is priced at Rs. 10,2990 and will be available from Oct 10 in Nepal. Samsung Nepal is also offering 8 months breakage insurance, 2GB Ncell data per month for 6 months, and a free wireless charger on the purchase of the phone.

The Samsung Galaxy Note 8 looks much like the Galaxy S8 with sharp edges. It has a 6.3-inch quad HD Super AMOLED Infinity display with the resolution of 1440 x 2960 pixels. It has 83.2% of screen-to-body ratio and an 18.5:9 aspect ratio. The device, like its siblings, is powered by Exynos 8895 in the market except for the USA, and by Qualcomm Snapdragon 835 in the USA. This processor is aided by 6 GB of RAM – something we don’t really see in high-end smartphones from Samsung. Samsung Galaxy Note 8 will be available in three storage options – 64 GB, 128 GB, and 256 GB. This can be further expanded up to 256 GB from the microSD card slot. The device runs on Android v7.1.1 Nougat right out of the box and will receive the Oreo update sometime in the near future.

Most of its specifications are similar to that of the Samsung Galaxy S8 and S8+. It even shares the fingerprint sensor’s placement. So, what features make this smartphone different from its siblings? Well, there is a major change starting with the Galaxy Note 8. Samsung has officially registered itself as another company to have dual camera lenses on the back. Both the cameras measure 12-megapixel and are capable of taking wide-angle photographs and a somewhat iPhone-like portrait mode pictures. 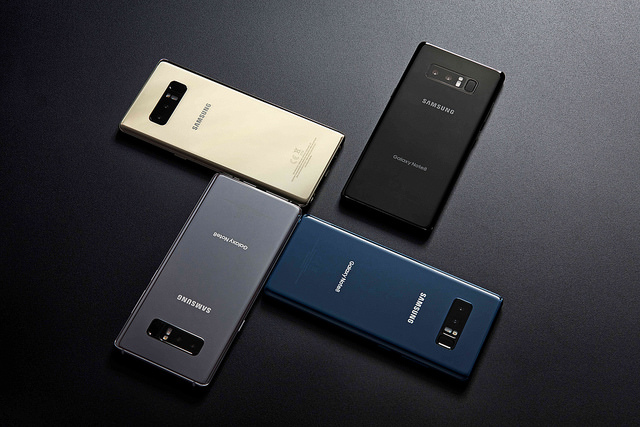 Like all other Note devices, the Note 8 too comes with a stylus. The stylus helps users take notes on the go and also to run through the device’s interface. Users will now be able to share animated texts and pictures in the form of GIFs using the stylus. The Samsung Galaxy Note 8 also has Bixby assistant installed. Like the Galaxy S8, Bixby has a different hardware button on the side. 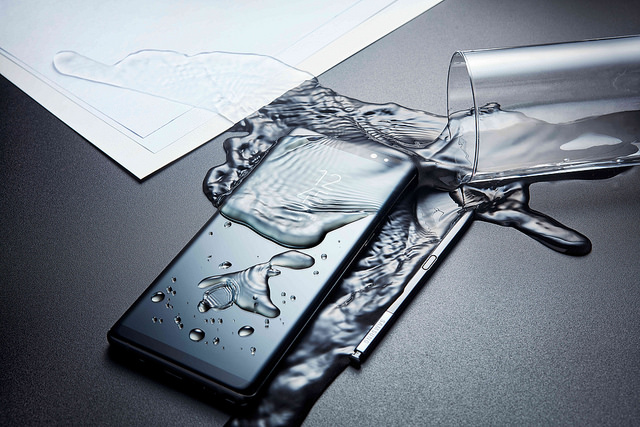 One thing I am not satisfied with in the Samsung Galaxy Note 8 is the battery. A 3,300 mAh battery powers the device with 6.3-inch of quad HD display.

The Galaxy Note 8 is Samsung’s most expensive phone ever. In the United States of America, the smartphone will be available for around $930 at T-Mobile while the Sprint and Verizon ones could run for $960, and that’s all just for the baseline 64 GB model. So how much is it going to cost in Nepal? Well, we could see the prices go above Rs. 100,000. This will indeed make the Note 8 Samsung’s most expensive device anywhere.

In the international market, the Samsung Galaxy Note 8 will start shipping on 15th September. Regarding its availability in Nepal, you can preorder the phone for Rs. 102990 from the nearest Samsung outlets.