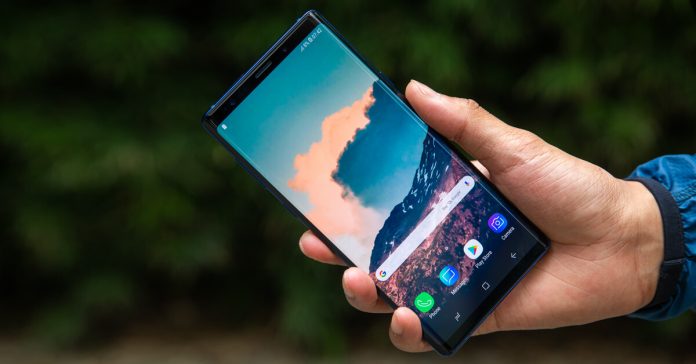 Putting actual facts into the context, the Note 9’s display covers 113% of the DCI-P3 and 142% of the RGB color space. The panel can also reach a maximum brightness of 710 nits in manual and 1050 nits in automatic mode. It also offers just 4.4% reflectance, one of the lowest ever recorded. Following are the exact records that Samsung’s new flagship either broke or matched:

The Galaxy Note 9 also brings in a lot of other features other than the great display. It also has one of the biggest internal storage options on a smartphone, a full 512GB. Not to mention it’s expandable through a microSD card, with a technical total of up to a full Terabyte. While we are on the subject of displays, users can now turn the resolutions all the way up to QHD+ without worrying about charging intervals. The 4000mAh battery should easily hold up the Note 9 in its full glory, unlike Samsung’s previous flagships.

The smartphone also comes with a few other features like liquid cooling, up to 8 GB of RAM, slightly better design choices, a slightly better camera, newer colour options and a newer improved S Pen with its own battery. The Samsung Galaxy Note 9 is up for pre-orders since August 17th for Rs. 109,900 for the 6 GB RAM / 128 GB  ROM version. Sadly, the 8 GB / 512 GB version is not available for Nepal.

Samsung really does have the best of the displays? Don’t you agree? Or do you think there’s something better? Let us know.