Home Accessories Someone just made a 27 million mAh power bank! No, seriously 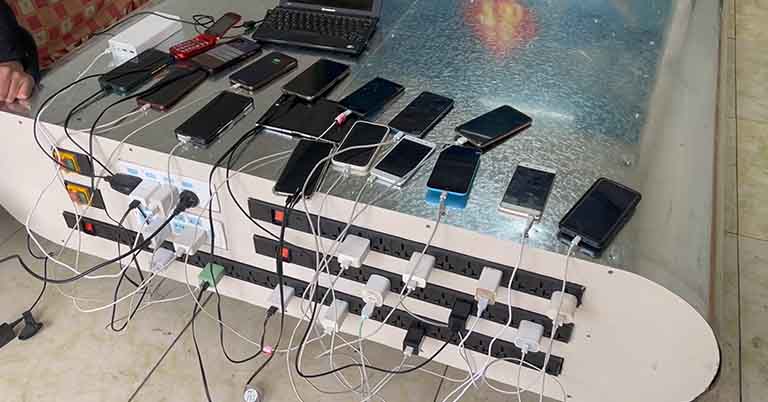 News broke out after a video titled “I made a 27,000,000-mAh Portable Power Bank” was uploaded on YouTube. The same video is also available on Weibo. That being said, I feel the title is a little misguiding. I mean – that power bank doesn’t look portable to me. Other than that, Handy Geng has an actual working power bank that he can show off to his friends.

In his video, he explains his motivation to build the power bank. Basically, he was fed up having the smallest power bank in his friend circle and wanted something to show off to them. “It seems everyone else has a bigger power bank than mine. I’m not so happy with that”

For his power bank, Handy Geng took a big battery and wrapped it around a silver-colored metal. Next, he installed a charging port and 60 output ports. The whole setup is placed on wheels so it can be moved around when needed.

Thanks to its sheer size and capacity, this 27 million mAh power bank can act as a mini power station during power cuts. It has a 220V voltage rating and standard three-plug outlets to connect home appliances. In his video, you can see Handy Geng enjoying fishing on the riverside with his TV, washing machine, and induction cooker running off the power bank all at once. The power bank can even charge electric bikes as shown in the video.