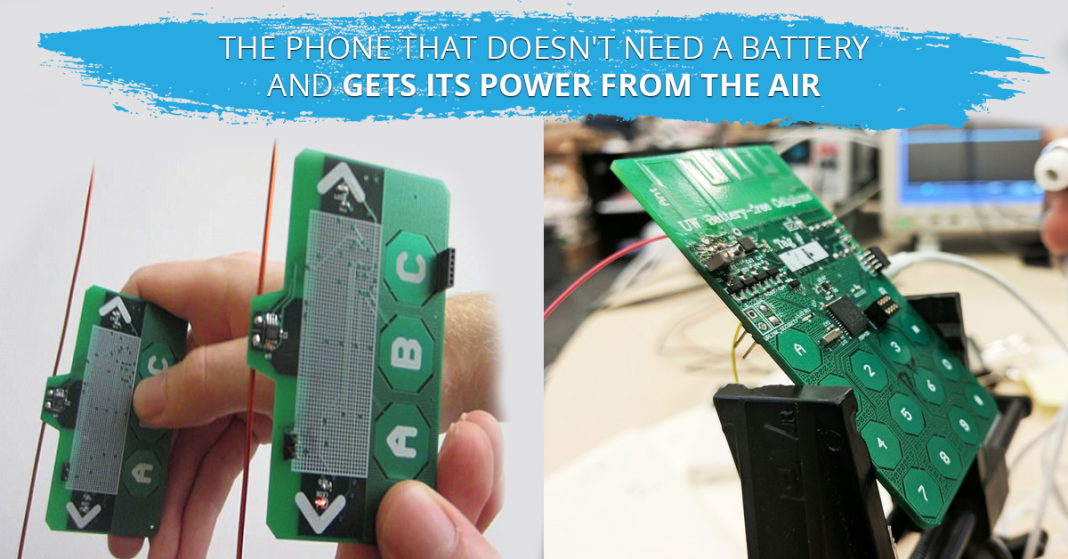 A phone that uses Air instead of a battery to power itself might sound impossible, but now it exists. Although, you should note that this phone is only capable of making calls for now.

Nonetheless, it’s remarkable even to have this type of technology. This prototype phone relies on a technique known as backscatter. Here, the device can reflect the radio waves to function. It means that it uses analog technology instead of digital, which they say consumes less power.

The same team from the University of Washington in Seattle have also developed the ‘singing poster‘ and ‘passive Wi-Fi system’. These two inventions also rely on the same technology. This technology was inspired from the hidden audio bugs used by the Soviet spies during the cold war.

At this stage of the development, the prototype has a range of only 15 meters and includes a touch sensitive number pad with a small LED display. With the development process in progress, they are sure to improve their product with more and better features. But don’t expect a touch screen to come anytime soon as that would require almost a hundred thousand times more power to operate.

For now, this phone functions just like a walkie-talkie, you have to press a button to switch between listening and speaking. But they have promised the call quality to improve and an E-ink display for text messages for their next generation.

But still, these quirks are worth the benefits we stand to achieve from this device. If you think of the most important device that you don’t want to die on you, that would be your phone, and this promises the same.

The developers have also promised to price this device at a very reasonable rate. But for now, we can hope that progress continues at a steady rate without hiccups. You can read more about it here.