Home Asus Asus gaming laptop with a Core i9 processor available for purchase in... 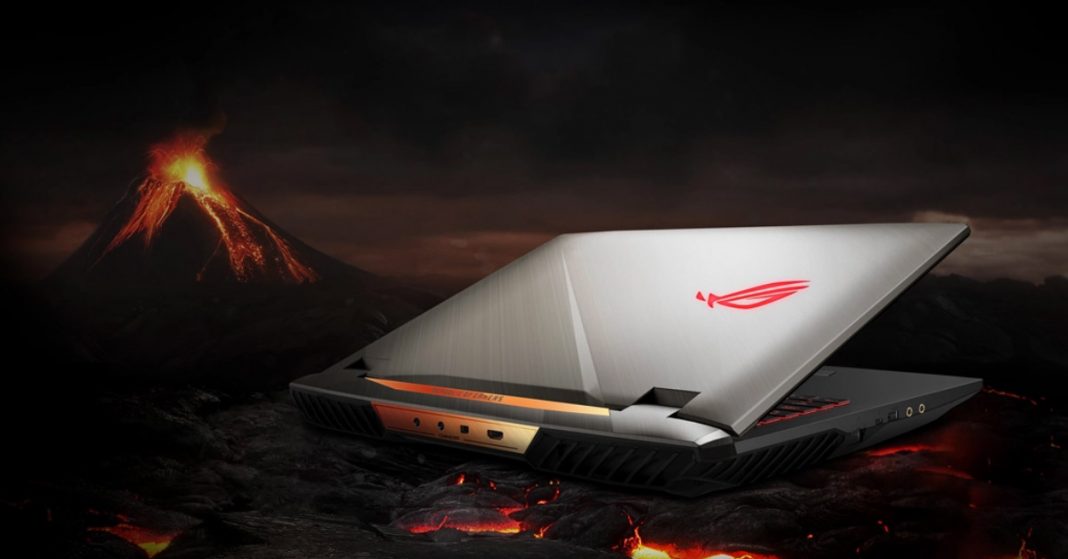 Nagmani International, the official distributor of Asus laptops in Nepal announced a new laptop launch through their official Facebook page. The new laptop (ASUS G703GI) runs on a Core i9 at its heart. A full-fledged 45W 8th Gen six-core i9-8950HK boasting a maximum Turbo frequency of 4.8GHz. The same laptop also comes with a GTX 1080 GPU and costs Rs 531,250.

If the Core i9 or the overclocked GTX 1080 didn’t impress you, well you might as well stop here. The price tag won’t help much either, because we ourselves think it’s an overkill anyway. If you invest the same on a desktop, you can get a far better i7-8700k, a 1080Ti, and a 4k display, all for less money. But at the end of the day, if you want a laptop, I can’t help you.

Either way, the laptop does come with a few other features like 32GB of RAM, 2TB of SSHD and 256GB of NVMe SSD. We also haven’t mentioned the 17.3″ FHD display on board. We hope that it’s the same 144Hz 3ms G-Sync enabled display, which the post fails to mention because if it’s not, this is truly an overpriced piece of a laptop. They are giving away a free gaming backpack, a gaming mouse and a headphone which is a nice touch.

As for the performance and in-depth review, check out Austin Evan’s review below as we haven’t had a chance to test out the laptop yet, and we most probably won’t either.

So, what do you think of the ASUS G703GI? For a laptop that costs almost $3699 in the international market, the price difference might be a factor. But more importantly, is spending 5 lakhs on a portable gaming machine worth it? I don’t think so, but feel to buy one, just keep in mind that a desktop PC should deliver much much better horsepower, future upgradability options, and a much better display at a much lower price if you were to spend this level of money.