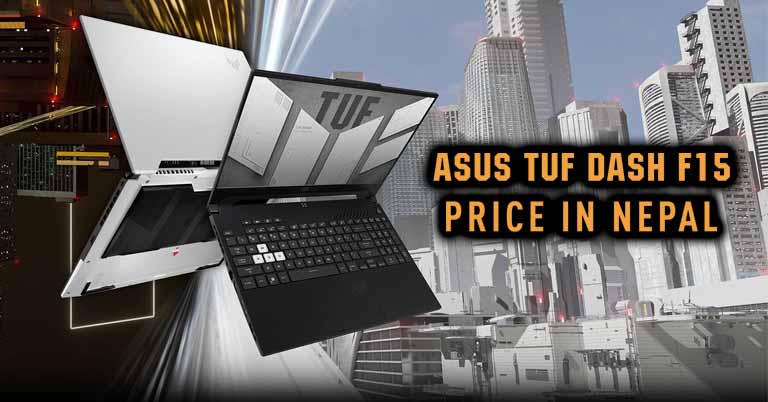 Nagmani International, the official distributor for Asus in Nepal, launched the latest TUF F15 a while ago in the country. The company has now brought a slightly toned-down version, called the TUF Dash F15. So, let’s look at the official specifications, features, official price, and availability of the Asus TUF Dash F15 (2022) in Nepal.

Over the years, the most distinguishing feature of the Asus TUF Dash F15 from the rest of the regular TUF Gaming F15 has been the processor, and it’s no different this year. The TUF Dash F15 is supposed to be a more affordable and even more portable version of the F15. As a result, you will find differences in processing power and cooling prowess in these two laptops.

The 2022 edition of the TUF Dash F15 is available in two CPU configurations. The base model comes with the Intel Core i5-12450H, while there is also and Core i7-12650H option if you want that extra punch. The power configurations of these processors are the same as that of the Core i5-12500H and Core i7-12700H that you get in the vanilla F15. However, the number of efficiency cores is halved, and the Core i5-12450H even has a slightly lower boost clock speed. That aside, Asus offers the TUF Dash F15 Gaming in several GPUs, ranging from RTX 3050 to RTX 3070. Unfortunately, both the models available in Nepal are base models, packing the same RTX 3050 GPU. This GPU is configured at 60W but can reach up to 75W with NVIDIA’s Dynamic Boost.

New to 2022’s Asus TUF Dash F15 Gaming is the MUX switch that allows users to directly connect the discrete GPU to the laptop’s display, avoiding the integrated GPU and the latency it causes. As per the company, users can expect a 5-10% of average performance boost just by enabling the direct GPU mode from the Armoury Crate.

For uninterrupted gaming, the latest TUF Dash Gaming F15 comes with two Arc Flow fans with 84 blades. The varying sharpness of the blades helps reduce air collision and anti-resonance for up to 13% airflow. In addition, you get a total of five heat pipes and four exhaust vents.

This laptop ships with the latest DDR5 memory running at 4800MHz. Asus offers it in 8GB and 16GB variations, but you can always upgrade it to 32GB when you like. Furthermore, the TUF Dash F15 has a dual SSD slot for storage expansion.

Moving on, the TUF Dash F15 (2022) benefits from the design changes brought by Asus to the entire TUF Gaming series. It sports the mecha-inspired aluminum lid, available in Off Black and Moonlight White options. The rest of the machine is probably plastic, but it is still a rugged laptop with military-grade MIL-STD-810 certifications. 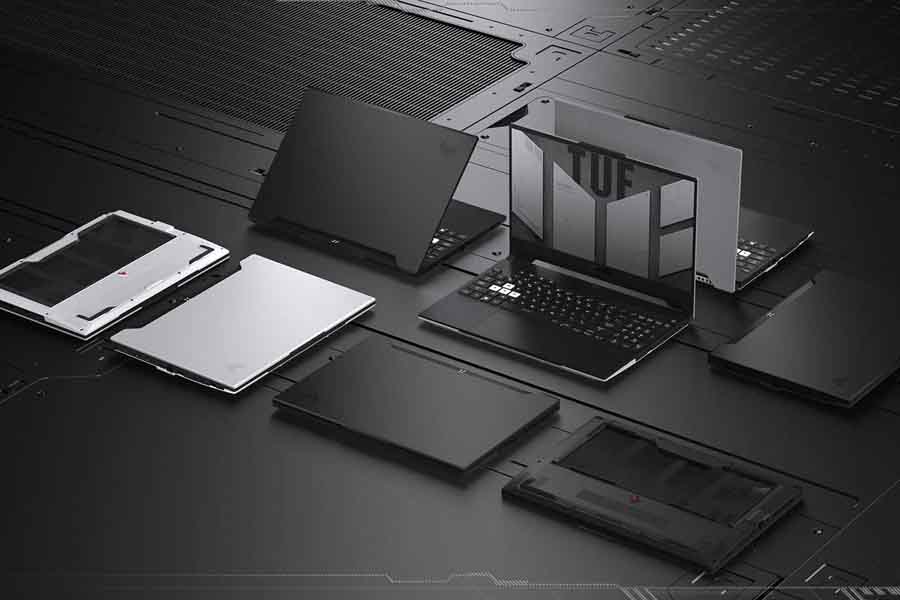 Opening the lid, you are greeted with a 15.6-inch IPS screen option for multiple resolutions and refresh rates. To keep it simple, all TUF Dash Gaming F15 (2022) models in Nepal have an FHD screen with 144Hz refresh rate and support for Adaptive-Sync. They only boast 62.5% coverage of the sRGB color space.

Moving on, Asus TUF Dash F15 (2022) is packed with almost every port imaginable in a current-gen gaming laptop. You get two USB-A, two USB-C (including one Thunderbolt 4), one HDMI, one ethernet, and a combined audio jack. Asus even provides a Kensington lock for safety. The laptop is compatible with Wi-Fi 6 and Bluetooth 5.2 wireless networks.

TUF Dash F15 (2022) has a full-size backlit chicklet keyboard with a touchpad that is now 27% larger. The stereo speakers have Dolby Atmos and Hi-Res Audio certifications. Fueling the laptop is a 4-cell 76Wh battery. 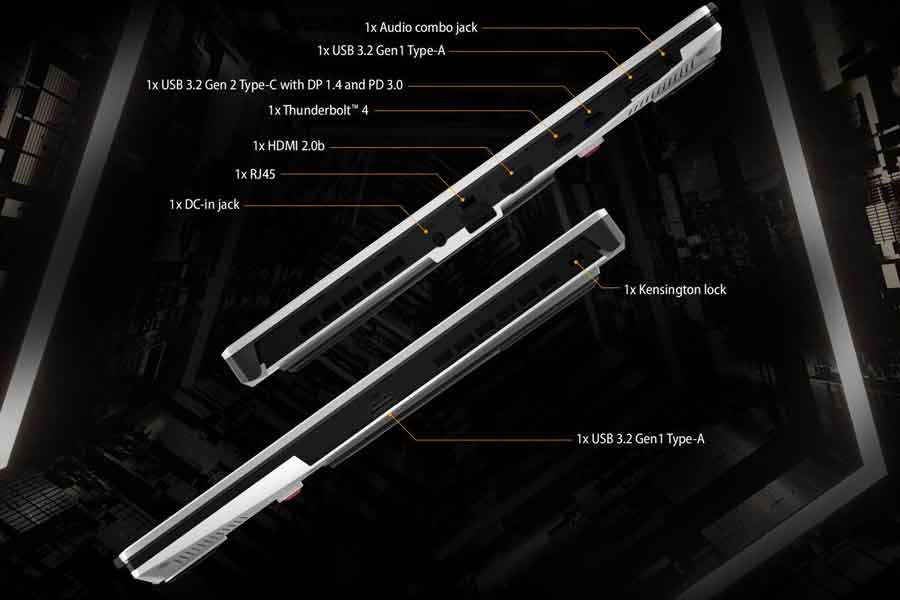