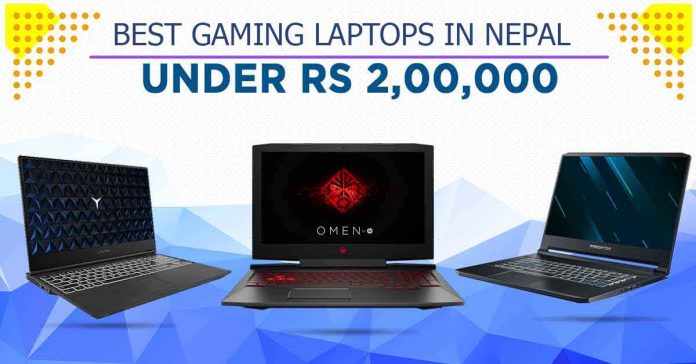 The decision to buy a new gaming laptop is a huge one. Especially, considering their prices. Sure, there are cheaper alternatives out there. However, if you are a dedicated gamer, you’d certainly want to get the best rig out there. The gaming laptop market, like the other laptops, is segregated into different price segments. And each and every one of us has the freedom to choose a laptop that fits our needs. We’ve already compiled a list of best gaming laptops under 1 Lakh and under NPR. 150,000, you can go check them out. Here, however, we are going to look at a pricier list. Best gaming laptops under 2 Lakhs in Nepal to be specific.

Basically, if you plan on spending 2 Lakhs on a gaming laptop in Nepal, you should expect a good gaming device that can run all the recent AAA titles smoothly. The display should have a good color accuracy as well as a high refresh rate. The storage should be generous and the build quality should be great too. Performance-wise I don’t think that they will disappoint you because spending big does get you the right stuff. So, without any delay, let’s jump into our list of the best gaming laptops under 2 Lakhs in Nepal. Mind you the listing is done from the worst to the best!

Summary List of best gaming laptops under 2 Lakhs in Nepal

We begin our list with the Dell G5 5590. It is equipped with a 9th Gen Intel Core i7-9750H processor. And sports the Nvidia GeForce GTX 1660Ti graphics card. For display, it has an okayish IPS panel. However, don’t let its display fool you, cause this laptop is certainly capable of delivering strong performance. 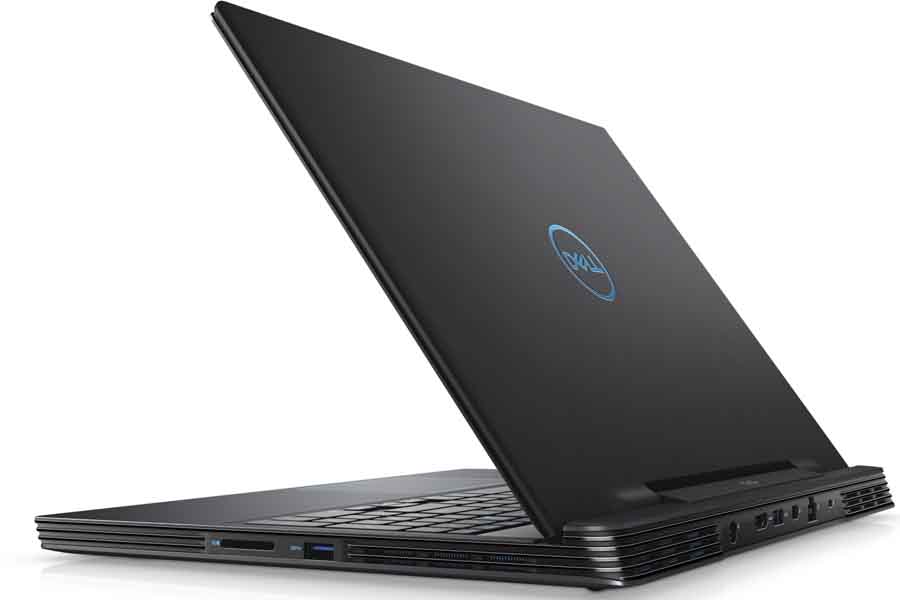 A 1080p display (60Hz refresh rate) coupled with Nvidia GTX 1660Ti will deliver smooth performance. However, don’t expect it to be that smooth either. Cause for that, you will need a better GPU and a display with a higher refresh rate. Thankfully, there is an option for a 144Hz configuration. However, that would just be overkill if you’re going to stick with the same graphics.

Thermals are the other thing that will concern most of the gamers out there. To be frank, the thermals are pretty good on this one. However, the one drawback that you might notice is that the fans tend to get super noisy while doing heavy tasks.

Next up we have the MSI GL63 gaming laptop. Much does not change as we jump from the Dell G5 to the MSI GL63. Here too, you get an Intel Core i7-9750H processor with 16GB of RAM. And although this laptop sports an Nvidia GeForce RTX 2060 graphics card, it is not such a significant update from the 1660Ti. Sure there are the added benefits of ray tracing and DLSS, however, performance-wise you’ll not notice that much of a difference.

The design of the laptop seems outdated, though the per-key RGB lighting is something that I find better than the single blue light lighting of the Dell G5’s keyboard. The screen is a 144Hz IPS-LCD panel and that’s a good thing. Furthermore, its display covers 100% of the sRGB color space. Now, that’s exceptional and you will need to look elsewhere if you plan on working with Adobe RGB images. However, it is still better than that of your average laptops. 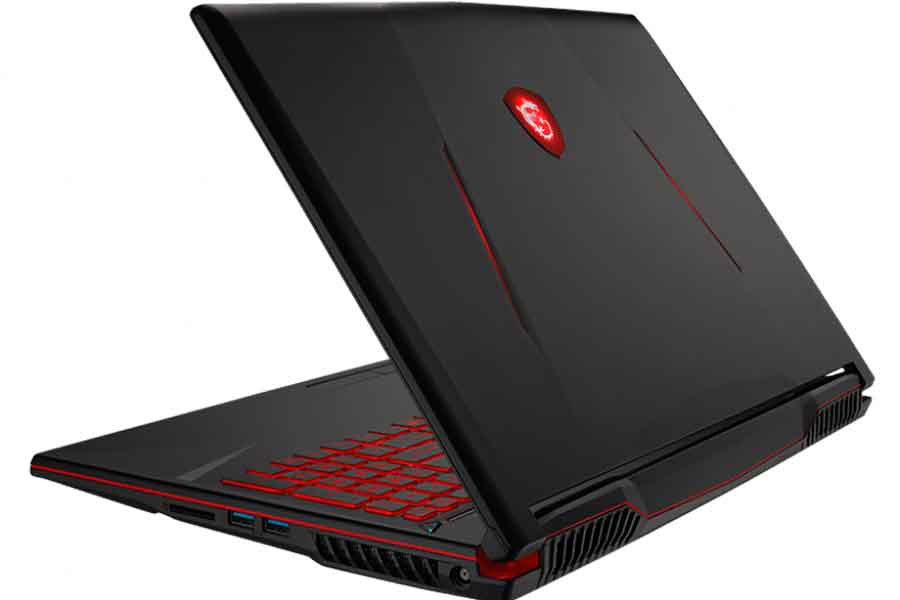 The combination of the 9th Gen Core i7 processor and the Nvidia GeForce RTX 2060 is a great one. It allows you to play most games. And on this laptop, you should be able to maintain 60FPS at medium as well as high settings.

With the MSI GS65 Stealth, you get two options in terms of CPU/GPU combination. You can choose between the expensive variant with the 8th Gen Intel Core i7 processor with RTX 2060. And a cheaper variant with 9th Gen Intel Core i7 processor and GTX 1660Ti. However, there’s not much difference between them when it comes to other specifications. Both of them have the same 144Hz FHD panel, 16GB DDR4 RAM, and 512GB SSD.

We know that there’s a difference of around 400MHz in the base clock speed of the i7-8750H and i7-9750H. So, if you are looking for a laptop with better CPU performance, the one with the 9th gen Intel processor would be my suggestion. But then again you are getting RTX 2060 with the 8th gen one. And that clearly spells for better graphics. Thus, its really a confusing configuration option. However, as mentioned above, there’s not much of a significant difference between the performance of RTX 2060 and GTX 1660Ti. Therefore, I would stick with the cheaper one. However, it boils down to your preference. 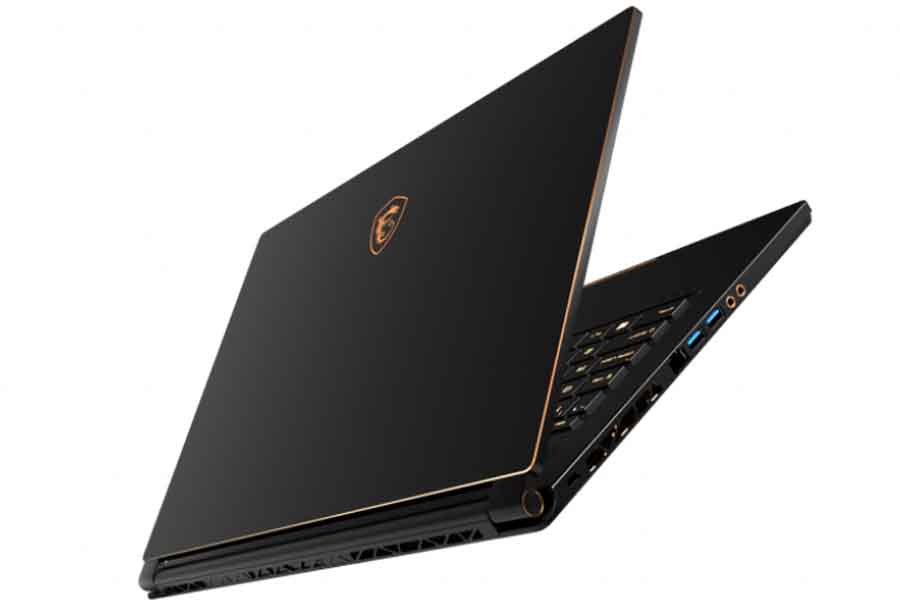 The sleek design coupled with great performance is what best defines this laptop. At 1.9Kg, it is one of the most lightweight gaming laptops that you’ll find in the market. The display is decent with 72% NTSC and 98% sRGB color gamut coverage. The fans are always active on this one, however, it does not stop the WASD keys from getting warm time and time again. So, that’s something that you’ll need to watch out for.

A list of top gaming laptops without a ROG entry in it would be an incomplete one. And the Asus ROG SCAR 3 totally justifies its inclusion. By now, you have probably noticed a pattern in the specs of the laptops on this list. Most of them are powered by a 9th Gen Intel Core i7 processor and are equipped with either Nvidia GeForce GTX 1660Ti or Nvidia GeForce RTX 2060. And the ROG SCAR 3 is no different. This one comes with the same CPU with a 1660Ti for the graphics. As we’ve already established, this CPU/GPU combination will get you through most games and manage around 50-60 FPS even at the highest settings. More than anything else, its the design of the Asus ROG SCAR 3 that makes it stand out among the rest. The whole laptop is wrapped around with an RGB LED strip. And it is especially enjoyable to play games on this one in a dark room.

Moreover, there are heat vents all around the laptop, so you won’t have to particularly worry about thermal throttling. Moreover, the brushed aluminum lid spells for sturdy build quality.

As with the MSI GS65, you get two options in terms of the GPU configuration with the Lenovo Legion Y540. The cheaper one will get you the Nvidia GeForce GTX 1660Ti whereas, with the more expensive one, you’ll be able to enjoy RTX 2060 with raytracing and all. However, both of the variants use the same 9th Gen Intel i7 processor. And its model with RTX 2060 is a lot cheaper than that of the MSI GS65. Moreover, the higher end one comes with a 512GB SSD plus a 1TB HDD. Now, that’s very generous storage that they are providing. The display panel has a refresh rate of 144Hz and a peak brightness of 300nits. As for the color accuracy, its display covers 72% of the sRGB color gamut. Now, I know that’s not spectacular, however, then it is still crisp enough to do most of the tasks. Thermals are something of a concern with this one. Many have reported that it becomes unbearable to place this laptop on your lap while doing demanding tasks. So, that’s one thing that you’ll have to look out for.

The runner-up on our list is the HP Omen 2019. As with the Legion, it too comes with two GPU configuration options. The cheaper one sports Nvidia GeForce GTX 1660Ti, i7-9750H processor and 256GB SSD. As for the higher-end variant, you get Nvidia GeForce RTX 2060 with the same processor albeit with an added storage of 1TB HDD along with the 256GB SSD.

The design is sleek. HP has not gone overboard with it however, it still gives out that gaming vibe, that I feel is really great. Its the display on the HP Omen 2019 that has got me to place it higher than the Legion and GS65. It covers 102% of the sRGB color gamut. Now, that’s more than the minimum 100% that most content creators look for. So, not only is the HP Omen a great device for gaming, but it would also sit well with content creators alike. Furthermore, its brightness averages around 320nits. Moreover, the metal body seems capable of holding its own in tough situations.

Finally, I would suggest you go for the higher-end variant with RTX 2060 cause with it you get better storage. Sure there’s around 15k difference between its two variants, but 256GB storage is very very less in my opinion. Especially, considering the price segment. The crown for the best gaming laptops under 2 Lakhs in Nepal goes to the Acer Predator Helios 300. You won’t really find much of a difference between the specs of this laptop or any other laptop on this list. However, at the end of the day, how the device uses these specs varies from manufacturer to manufacturer. And that’s where Acer beats the rest on this list. 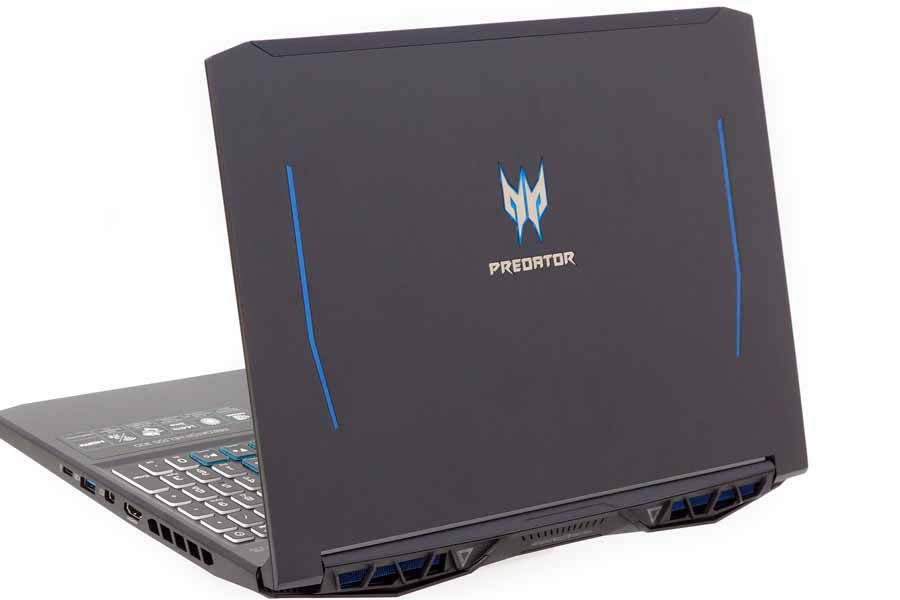 The combination of Intel Core i7-9750H along with either the Nvidia GeForce GTX 1660Ti or the RTX 2060 is capable enough to run any modern titles. However, on the Acer Predator Helios, many have noted that it averages more than 60fps on AAA titles. Now, that itself speaks volumes. It is not common for devices at this price range to offer that frame rate for AAA games. Moreover, its 144Hz panel comes to full use while playing less demanding games. As for throttling, the device does tend to heat up quite a lot. However, there’s a solution to it. You can adjust the fans to constantly run at 100%. Now, that may bring some noise dissatisfaction, but it will keep the laptop from heating up.

The main difference between its two variants is simply the graphics and nothing more than that. So, if you are ready to fork out an extra 35 thousand to enjoy that RTX 2060, then you are more than welcome to do that. However, with its base variant costing significantly less and offering similar performance, you are better off with the base variant itself. And that’s what makes the Acer Predator Helios 300 2019 the best value for money laptop.

Do you agree with our choice of best gaming laptops under 2 lakhs in Nepal or do you want to add something to the list? Have your say in the comments section.