Nepalese smartphone brand Colors have not been upto its mark in recent years. It’s probably because they might have been a victim of its own success. The Xfactor Quad HD was one of the greatest budget phones ever made, one that my Ex is still using it. But the recent lineup of Colors phone has been pretty boring for a while. They all looked the same and were all replaced each year by newer models with slightly better specs and minor feature upgrades.

With the introduction of Elite E15, however, they are trying to regain its lost share market by offering a huge 5000mAh battery and a 6-month warranty on display for an asking price of just Rs. 13,995. Can the Colors latest offering reignite consumer’s love affair with the company again? Let’s find out in our detailed review.

Inside the Box Package:

Design:
Like most of the budget phones, the Elite E15 also comes with a plastic build, but what we really liked this time around is its textured back. It is less susceptible to smudges, fingerprint and holds perfectly in the hand. Despite featuring a 5000mAh battery, the phone weighs just 158gms and 8.9 millimeters. The weight is distributed evenly across the entire body making the phone easy to use even with one hand.

The power and volume keys are conveniently located at the right edge, but the tactile feedback of these buttons is average at best. Instead of going with the onscreen buttons, Elite E15 houses capacitive buttons, which are not backlit making it very difficult to see at times. The back of the phone is removable giving us an access to 2 SIM card slots and a microSD card slots. SIM one supports 3G while the SIM 2 supports 2G. The microSD card slot can take upto 32GB. Unfortunately, the battery is not accessible. Overall, we think the Elite E15 doesn’t really boast an innovative design, but nonetheless, it’s a solidly built device.

Display:
The Elite E15 sports a 5-inch 720p IPS display that has Dragon trail glass protection. The display is one of the best we have seen below 15,000 rupees smartphone. Color reproduction is accurate and indoor brightness levels are optimum. Sunlight legibility, however, is mediocre and the IPS panel is little reflective. Viewing angles is an asset while playing games and watching videos. Despite featuring a Dragon trail glass, we did find the display to be vulnerable to minor scratches with normal day to day use. So, we recommend the potential buyers to put a tempered glass which you get inside the box itself.

Software:
As seen on most of the Colors smartphone these days, the Elite E15 also runs on a stock version of Android. This time shipping with lollipop version 5.1. Apart from the Lollipop material design, we can see a theme store in the settings which change the look and feel of the interface to some extent.

Moreover, there are 2 major battery saving features. The first one is a super power mode that restricts the background data and keeps your brightness down to the lowest settings. The Extreme Power mode, on the other hand, adds a dark theme and allows users to use the only handful of apps. When you are running out of juice, this mode conserves a lot of battery and you could use the phone for almost 2 days. There is also a data saving app called Colors Lite in the notification interface which when turned on will compress the mobile and Wi-Fi data for upto 50%. The only thing to complain in the software department is its still running an outdated Android Lollipop 5.1. Moreover, there is no official news on when in the future the phone is going to receive the Marshmallow update.

Performance:
The Elite E15 houses a Mediatek quad-core processor clocked at 1.3GHz. It’s an outdated 32bit processor which we have seen in a much cheaper phone like the Karbonn Sparkle V that’s priced at Rs.7500. We kind of hoped the phone had a more capable 64bit processor that would have boosted the performance by 20-25% and battery life by 20%. 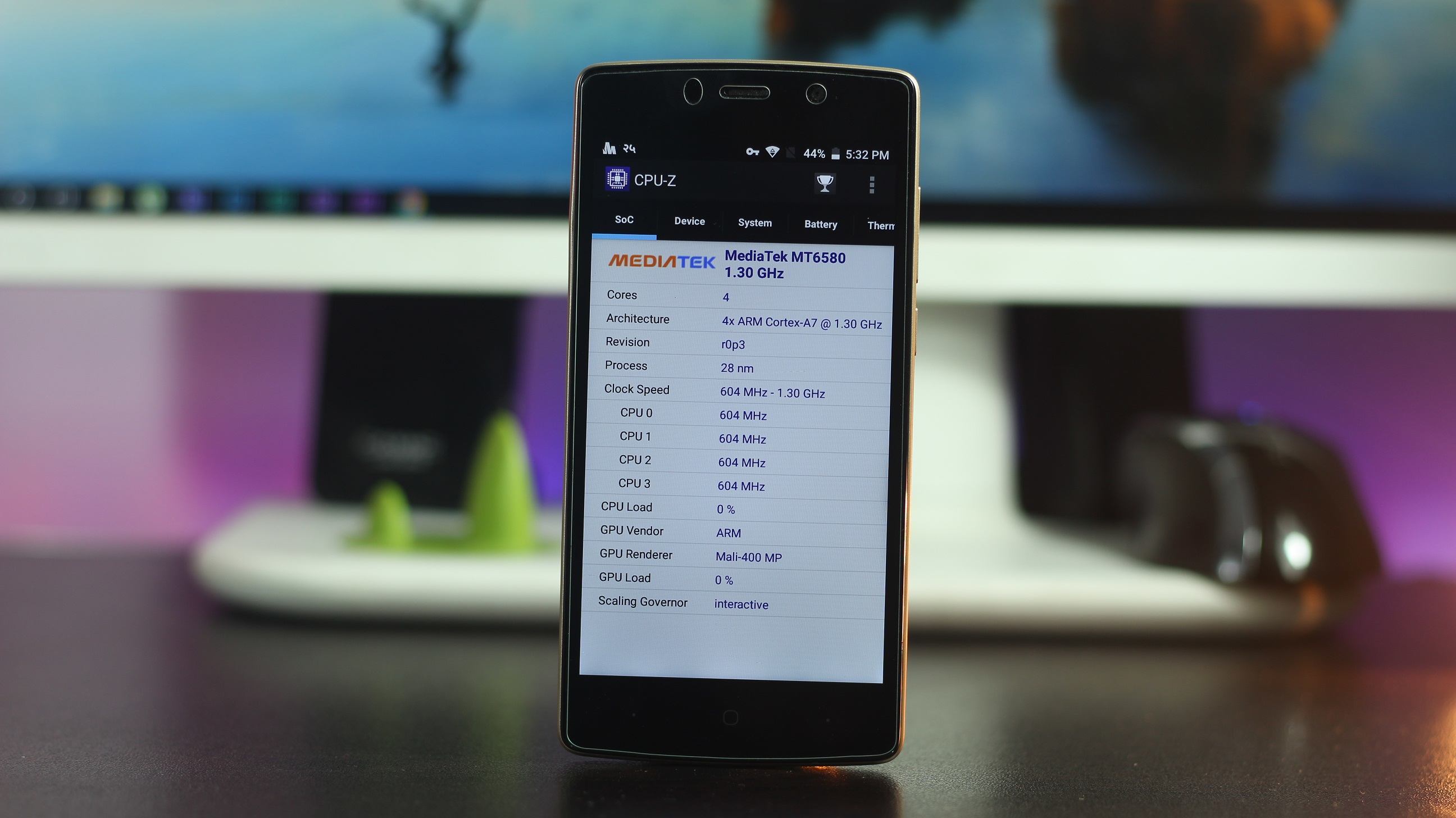 The phone has 2GB of RAM and coupled with the 32bit quad processor and stock version of android, multitasking and apps opening are relatively fast. In daily use, the phone works fine and don’t lag much even after installing over 50 apps. RAM management is not that great though as it consumes almost over 1GB in most of the scenarios, with less than 30% of free memory. Also, don’t expect anything extraordinary from it while playing graphics intensified games. The phone can run most of the mid-tier games like temple run and clash of clans, but with high-end games, the phone tends to heat up and eventually leading to dropped frame rates and lags.

Camera:
The camera department has been Colors missing link in the past, and the Elite E15 8MP rear camera is no different. The image quality of the main camera isn’t anything to write home about. The color produced by the camera are okay, but the dynamic range is poor. There’s a fair amount of noise, as well in the photos. It is also lacking in detail and if you want to take better photos, you better pick a very sunny day to do so, since low light imaging is below par. 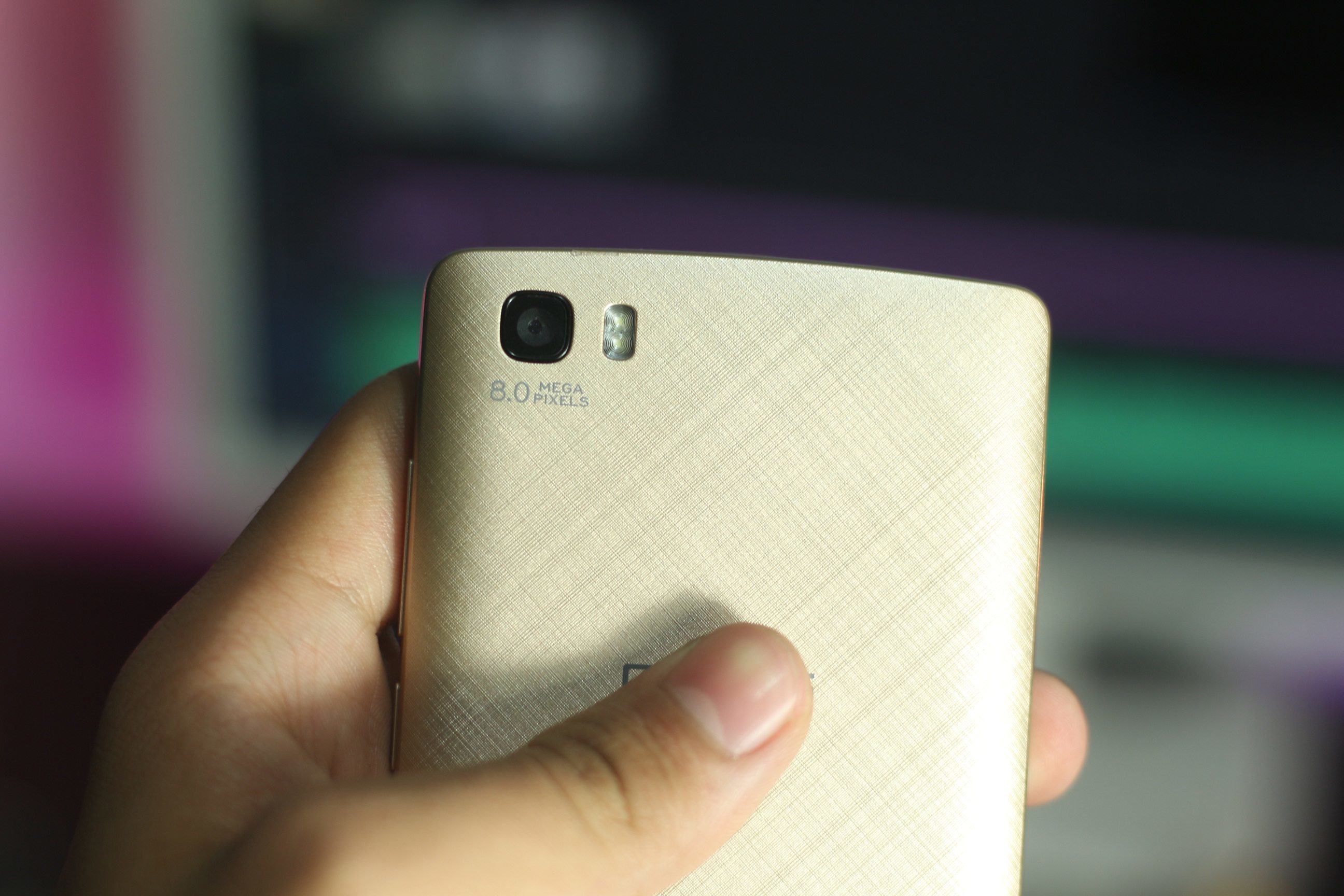 The 5MP front-facing camera, on the contrary, takes above average pictures, and can be used for a selfie, groupies, and video chatting.

Connectivity and Call Quality:
The Colors Elite E15 comes with dual SIM support. The first SIM slot supports 3G, while the second SIM supports 2G. The phone lacks video calling feature, but the audio calling is fairly good. Talking about other connectivity, the phone has WiFi b/g/n ( no dual-band), Bluetooth 4.0, and GPS. 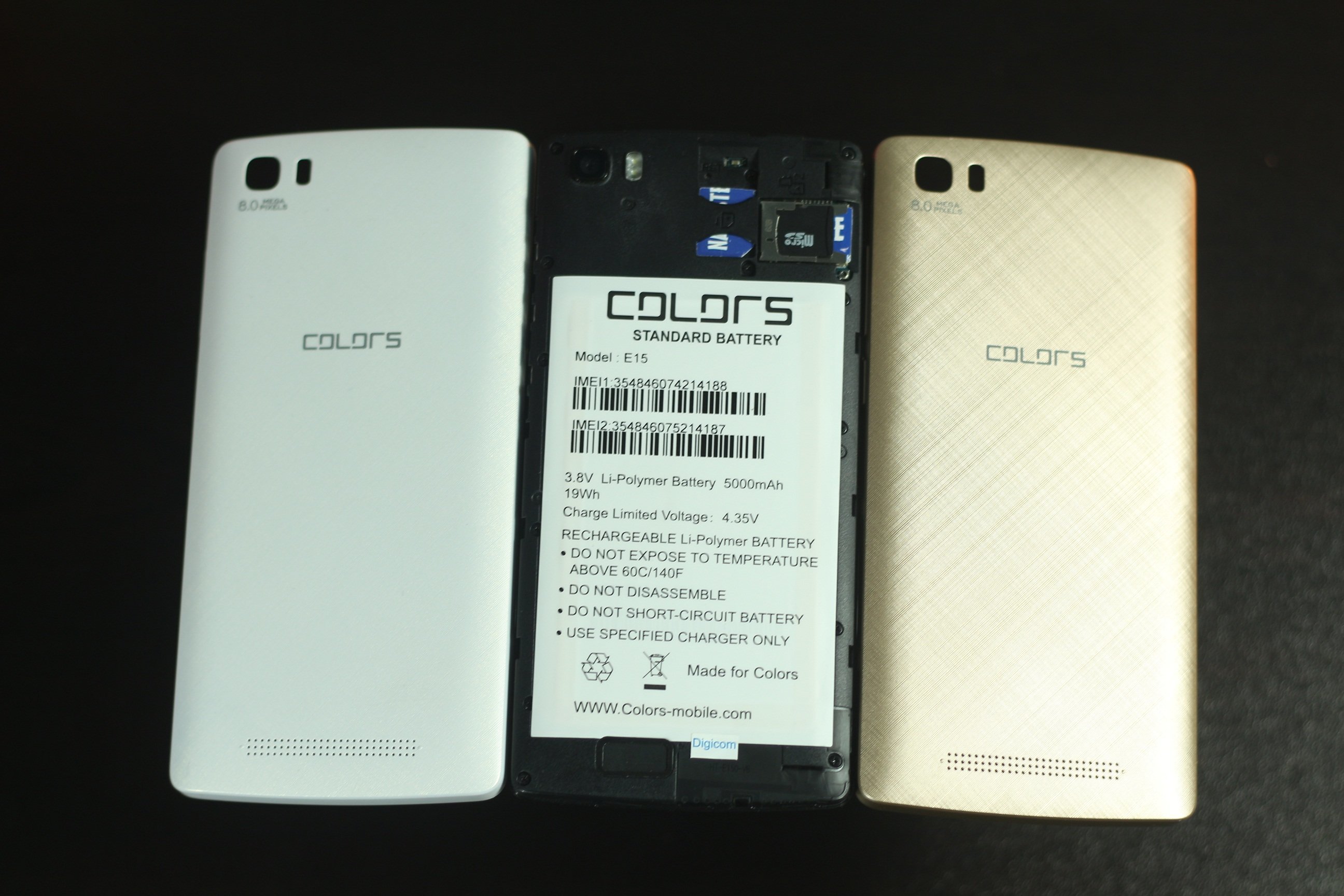 Battery:
Let’s now talk about the Elite E15 most important feature: The battery. The 5000 mile amp hour battery of the phone is amazing. Under heavy usage, it lasts for full working days. It will easily last for 2 days under normal usage. In our intensive testing, the phone had 6 hours of onscreen time and 8 hours of video playback time, which is amazing for a phone that cost little over Rs.13, 000. Moreover, it has the ability to charge other phones as well. With the quick charge, it takes around 2.5 hours to charge from 0 to 100%, which is completely acceptable for a battery of that size.

Verdict:
As for the verdict, we recommend the Elite E15 for those who want their battery to last for a day under heavy usage or for those who are affected by long power cuts and cannot charge the battery every night. However, if battery life isn’t a concern, you will find a handful of phones under the same price bracket that is slimmer and faster. But the Elite E15 is all about the battery, and in that category, it has no competition. We only hope that Colors will pay more attention to the camera in their next generations of phones.