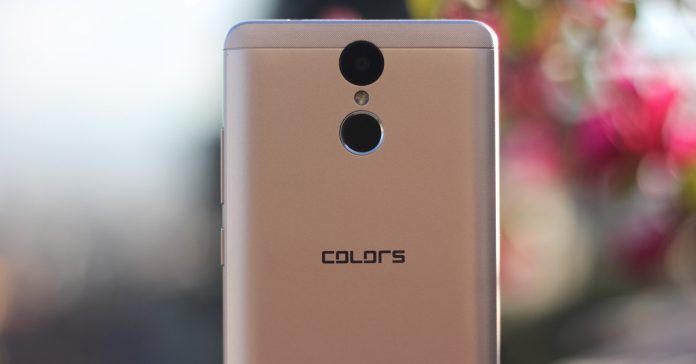 A couple of years ago, only a few high-end flagships used to sport fingerprint sensors. It is only recently that many phones of different price segments started to offer fingerprint sensors in them. Now, you can buy a phone with fingerprint sensor even under 10K and Colors P-50 touch is one of those. We put this phone under different tests to find out if it is worth buying a phone this affordable as someone’s daily driver. In this post, we’ll be sharing our views regarding different aspects of Colors Pride P-50 touch.

Colors Pride P-50 touch is a good plastic built phone. The design language is okay considering its price tag. The phone is noticeably thick and has kind of raised display.

The phone has a 5 inch IPS LCD display with the resolution of 1280*720 pixels. This display standard has become a common standard for budget phones in Nepal lately. Since it’s a budget phone, you gotta live with the thick bezels, forehead, and chin. To make the best out of this display, you better use it without much of tilting. 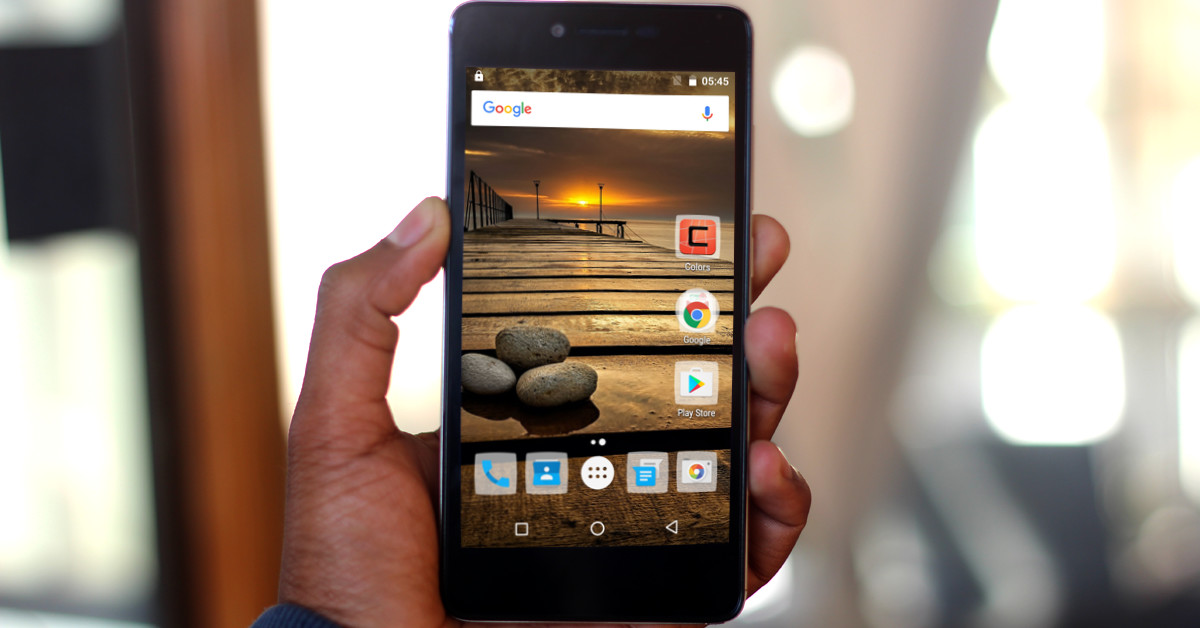 Under the hood, the phone is powered by quad-core MT6580 processor clocked at 1.3GHz with ARM Mali400 MP2 GPU. It has a 1 GB RAM and 8 GB built-in storage that can be expanded up to 32GB via microSD card. The performance is satisfactory. Well, it’s a budget phone. So, occasional lags and longer loading time are just obvious. The loudspeaker placed at the rear bottom is loud enough but distortions are there more noticeable than ever. As far as the cameras are concerned, there is a 8 MP on the back and 5 MP on the front. Well, they are a budget phone’s camera so don’t expect much from them. They just get the job done and for doing video calls at night you might wanna be in a well-lit room. To get decent photos you must be in a well-lit environment or else you’re gonna get photos full of grains. If you’re into taking videos, you just can’t rely on its autofocus, touch-focus is something that you should be using for better results.

The fingerprint sensor on its back is the real head-turner in this phone. I doubted its performance at first. But when I started using it, I was surprised. They are little slower but work accurately even when fingers are placed at odd orientations. The sensor does more than unlocking the phone, you can unlock apps too. Plus, there’s an option to launch four different apps by swiping left, right, up and down in the sensor. Additionally, while using cameras, photos can be taken by tapping on this sensor. 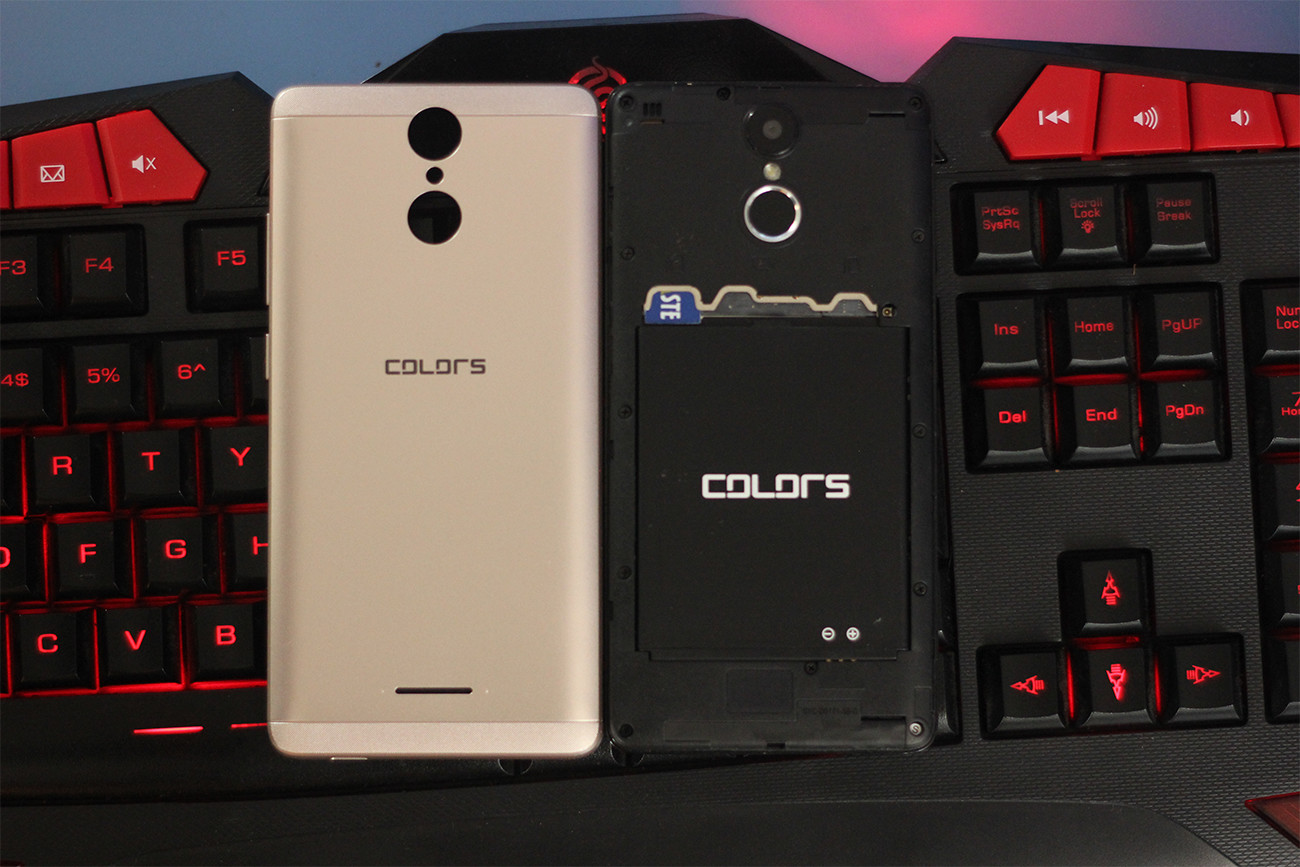 Colors PRIDE P-50 touch houses a 2200 mAh battery but the battery doesn’t seem to be much optimized here. In heavy usages, you’ll be getting only a couple of hours of screen on time. Plus, charging is a real pain here. The phone takes much longer to charge as well. 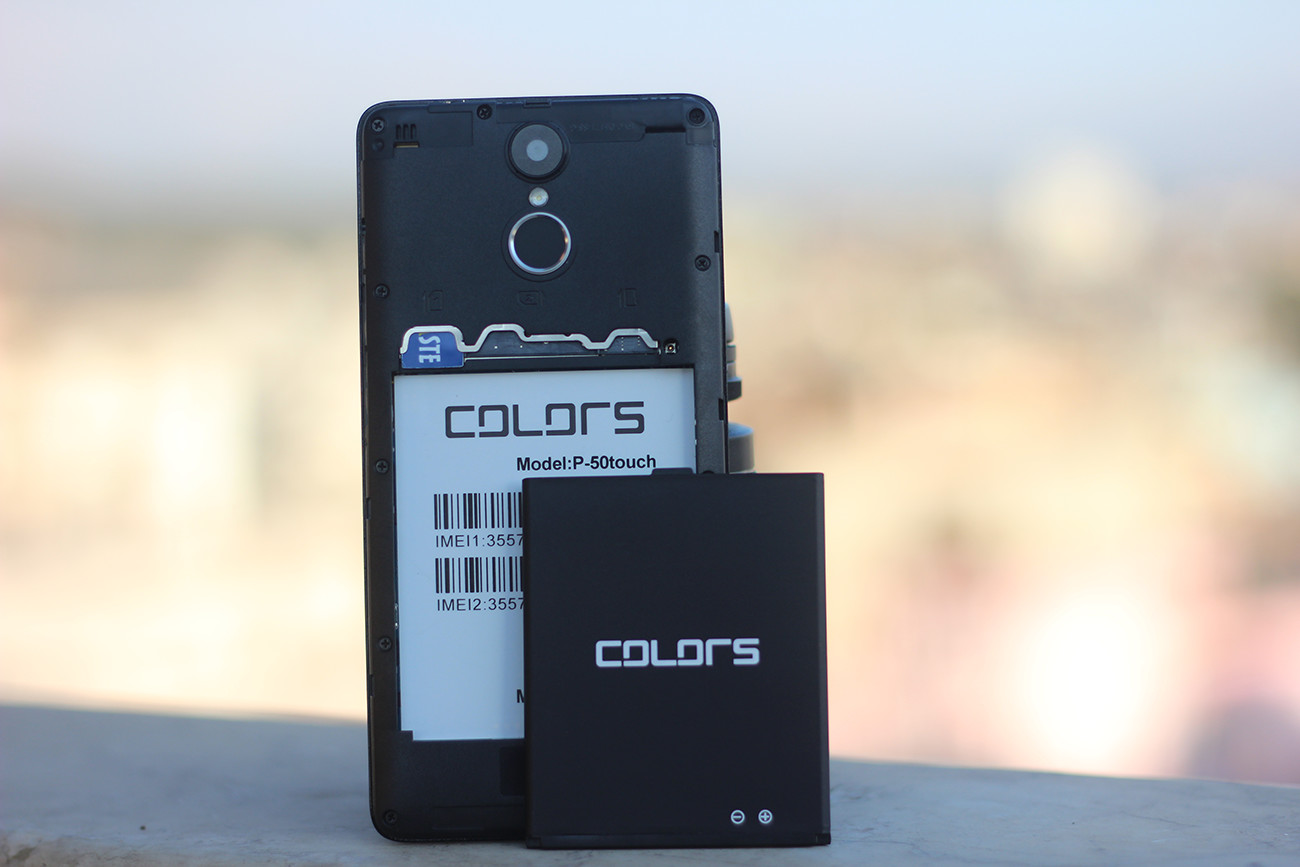 Is it worth buying Colors PRIDE P-50 touch?

To conclude this review, well Pride P-50 touch is one of the cheapest budget phones that is worth considering. But, we would like to get few things straight, if you’re opting for a phone worth Rs. 9,500 don’t expect it to give you the best of everything. Yes, the fingerprint sensor is there, it is a reliable one but is slow. The camera’s autofocus is almost like hit or miss. So manual touch focus is something you should rather be using for better results. The videos happen to be too sharp and color reproductions are far from accurate. The screen isn’t that bright outdoors so you might wanna use it in shades as opposed to direct sunlight. All in all, it’s worth buying if you want a cheap budget phone capable of doing everything to be one’s daily driver.