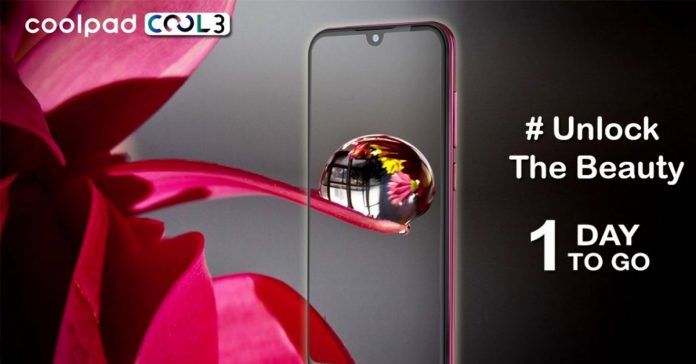 It has been almost a year that we saw a phone from Coolpad in Nepal. The last time we checked, it was the Coolpad Cool Play 6 and since then, we have heard no more. While the company has been launching new handsets internationally, we have not seen one for a long time in Nepal and rumors were that the company was selling products at a liquidated price in the country. But lately, there is news that a new device from Coolpad may launch very soon. It’s called Coolpad Cool 3, which is an entry-level smartphone.

In terms of specifications, the device is 5.7 inches tall and comes with a dewdrop notch, like the ones in OPPO and Vivo phones.

The display is an IPS LCD with 1520 x 720 pixels screen resolution. And this might be one of the cheapest phones with a dewdrop notch. Performance wise, we see something unusual here. The device has an octa-core entry-level processor from Unisoc, which was previously known as Spreadturn. It packs 2 GB of RAM and a total of 16 GB internal storage and you can expand the capacity further via a microSD card.

Now, moving on to the cameras, we see an 8MP primary sensor at the back along with a depth sensor of 0.3MP. So, basically, you see dual cameras at the back! At the front, we see a single 5 MP camera for selfies with fixed focus.

But the good thing here is that the upcoming device runs on a slightly customized version of Android 9 Pie out of the box. Android Pie is by far the latest we have seen, so getting it in an entry-level device is a good thing.

As far as the pricing of the Coolpad Cool 3 is concerned, in India, it has been launched for Rs. 5,999. But the company has not specified when the actual availability will start. In the case of Nepal, we are not sure if it will arrive.