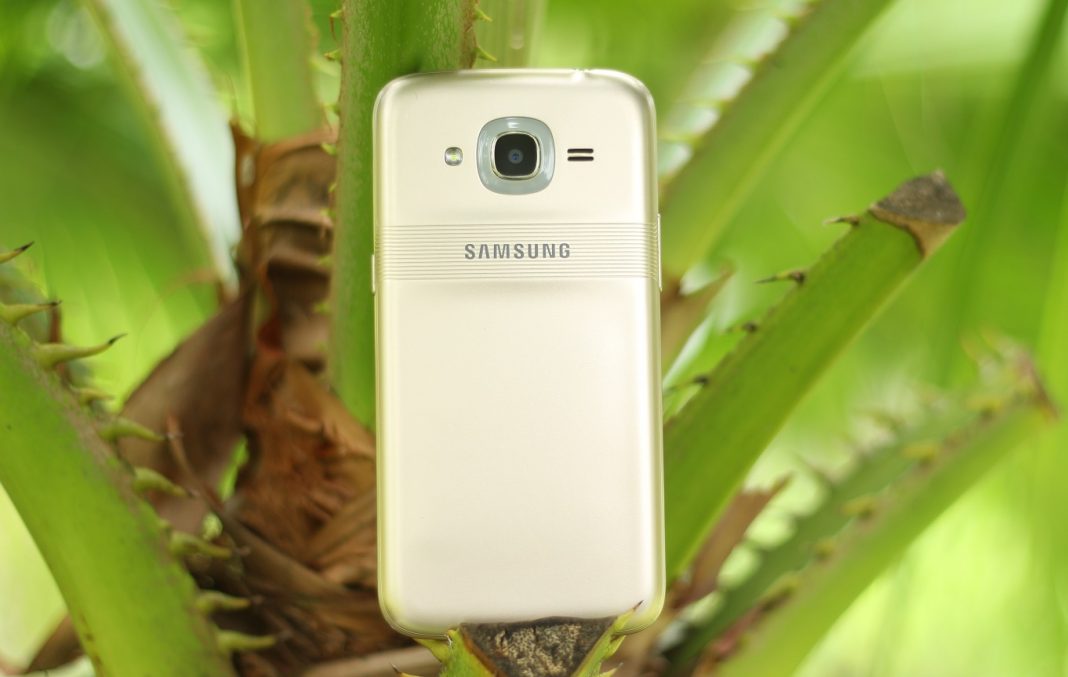 Samsung’s latest midrange phone, the Galaxy J2 2016, is here. If offers substantial improvements over its predecessor, but with the increasing competition from Chinese and Indian manufacturers in a midrange price segment, can the Galaxy J2 2016 Edition live up to its hype? Let’s find out in our review:

Disclaimer: We tested a retail version of the Samsung J2 2016 provided by Samsung Mobiles Nepal for the purpose of this review. We used it for about 2 weeks before gathering our impressions, and then we sent it back.

The design of the Galaxy J2 is nothing to write home about. It features the same all plastic design and looks similar to other midrange handsets from Samsung. Although made up of plastic, it’s ergonomic and feels sturdier in the hands. It’s light weight and one hand operation is very easy thanks to its compact form factor. What I also like about Samsung Phones is the inclusion of a decent Home button that serves you well while using the phone. Double tap it and the camera app opens which is one of the quickest ways to take photos. The back and multitasking capacitive buttons are also very responsive, but unlike seen on the high-end phones, these are not backlit. 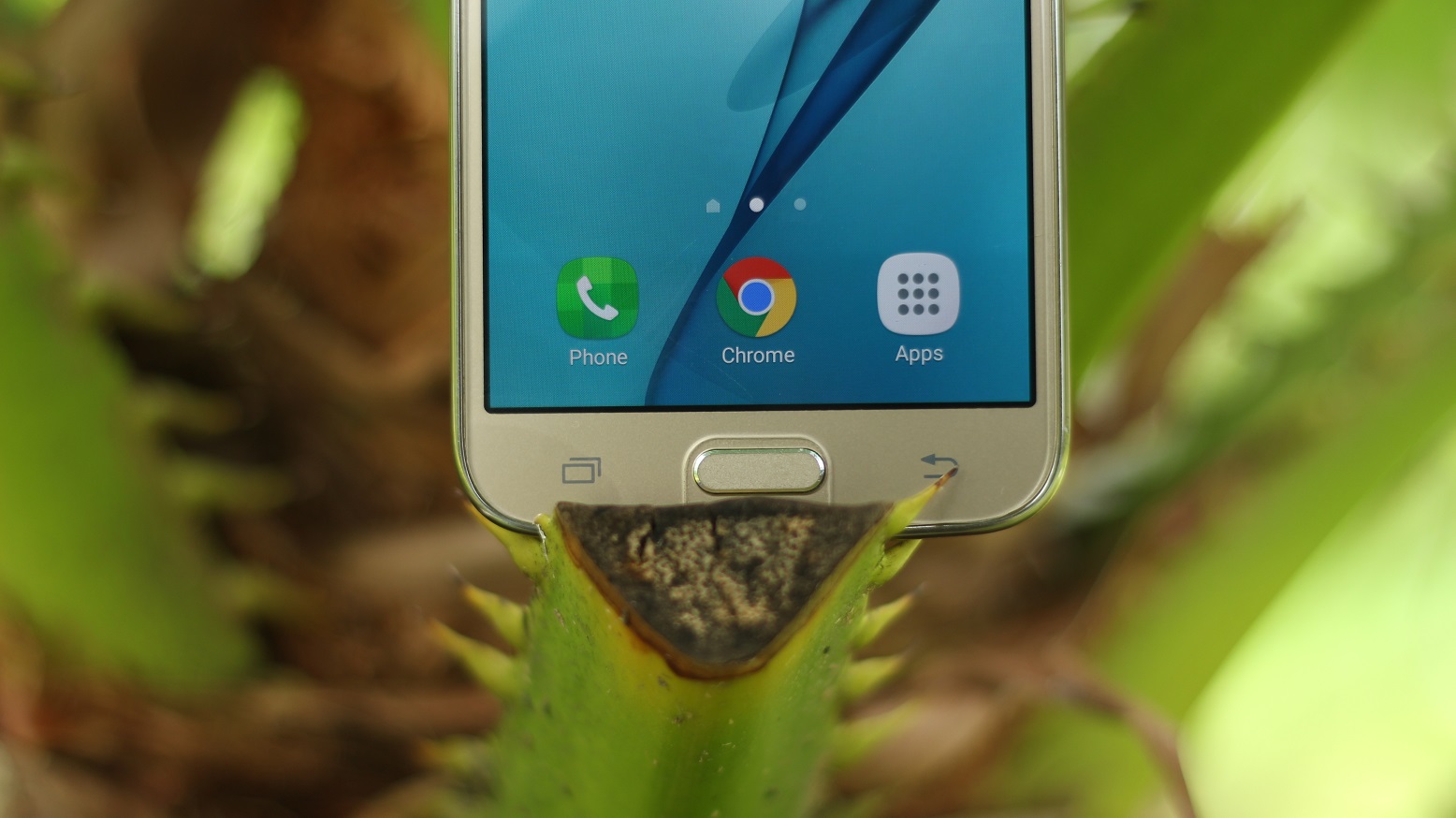 Samsung has been a pioneer in the display department. They make the best smartphone displays. The Galaxy J2 sports a 5-inch HD display with AMOLED panel. At this price, this is the best display we have ever tested. The IPS panel of other handsets is a no match in front of the vibrant, oversaturated 720P display of J2. The sunlight legibility and viewing angles are also stellar for the price. Samsung has not included any kind of protection, so make sure you insert a tempered glass that will prevent the phone from scratches and drops. The J2 2016 runs on the latest Android 6.0.1 Marshmallow with touch wiz UI layered on top. What we have learned from Samsung in the last couple of year is they have worked really hard in improving the UI by excluding a lot of bloatware and make the UI clean and minimal.

The J2 2016 boasts a 1.5Ghz quad-core cortex A7 processor (Spreadtrum SC8830) with 1.5GB of RAM. It features a Turbo Speed Technology (TST) which the company claims will result in superior device performance. On our test, the 32 bit Cortex A7 Processor performed fairly well while doing normal tasks like chatting, browsing, and navigating through UI. However, the outdated 32-bit Speadtrum processor means you sacrifice while playing games, opening apps, and multitasking. Although low-end to mid-end games are playable, but you will see lags and drop frame rates most of the time. That being said, it’s a budget phone so we can’t expect more from the device. In terms of memory, the Galaxy J2 has 8GB of inbuilt storage (3.6 GB available to users). Since most of the storage is being used by the OS, you will soon run out of storage

The 8MP rear camera of the J2 2016 is pretty average. It can capture “Okay” photos during daylight with vibrant colors, but the details is not there once you zoom in the photos. The low light imaging, as well as indoor imaging, is below par with lots of noise. The 5MP front camera is decent for taking selfies and for social media uploads. 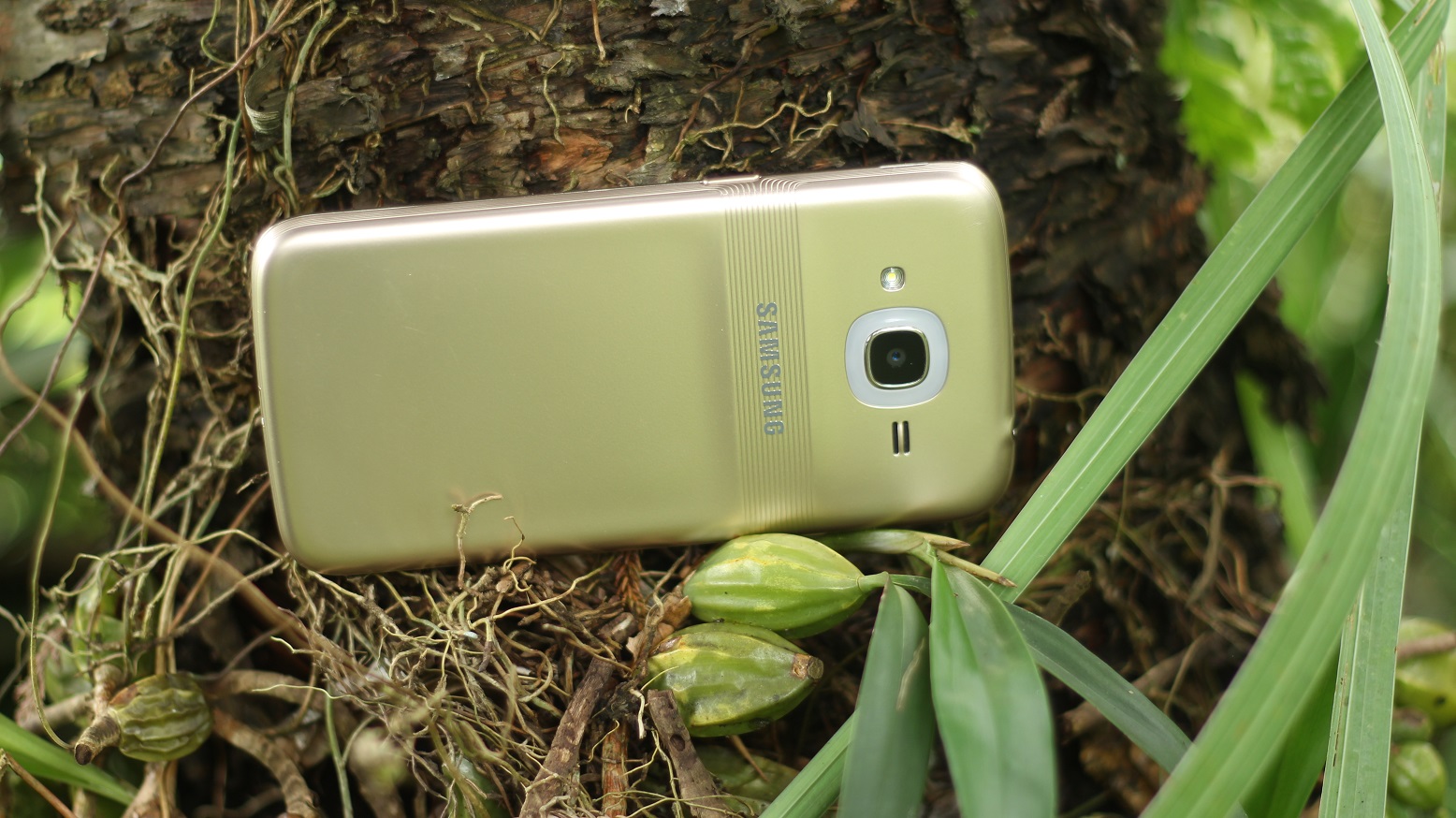 The Galaxy J2 2016 comes with 2 SIM slot with 4G LTE. Other connectivity options include Wi-Fi b/g/n (no dual band ac), Bluetooth 4.1, and GPS. It includes a Smart Glow LED’s on the back which is a nice feature, but not practical and gimmicky at best. Samsung Galaxy J2 also lacks few basic sensors like ambient light sensor, gyro sensor, and a secondary noise-canceling microphone.

The Galaxy J2 2016 offers a sizeable 2600mAh battery which is user replaceable. On our battery test, it provided 3.5 to 4.5 hours of on screen time, which means it should last you a whole working day. It lacks quick charge technology which means it will take roughly around 2 hours to charge from 0 to 100%. 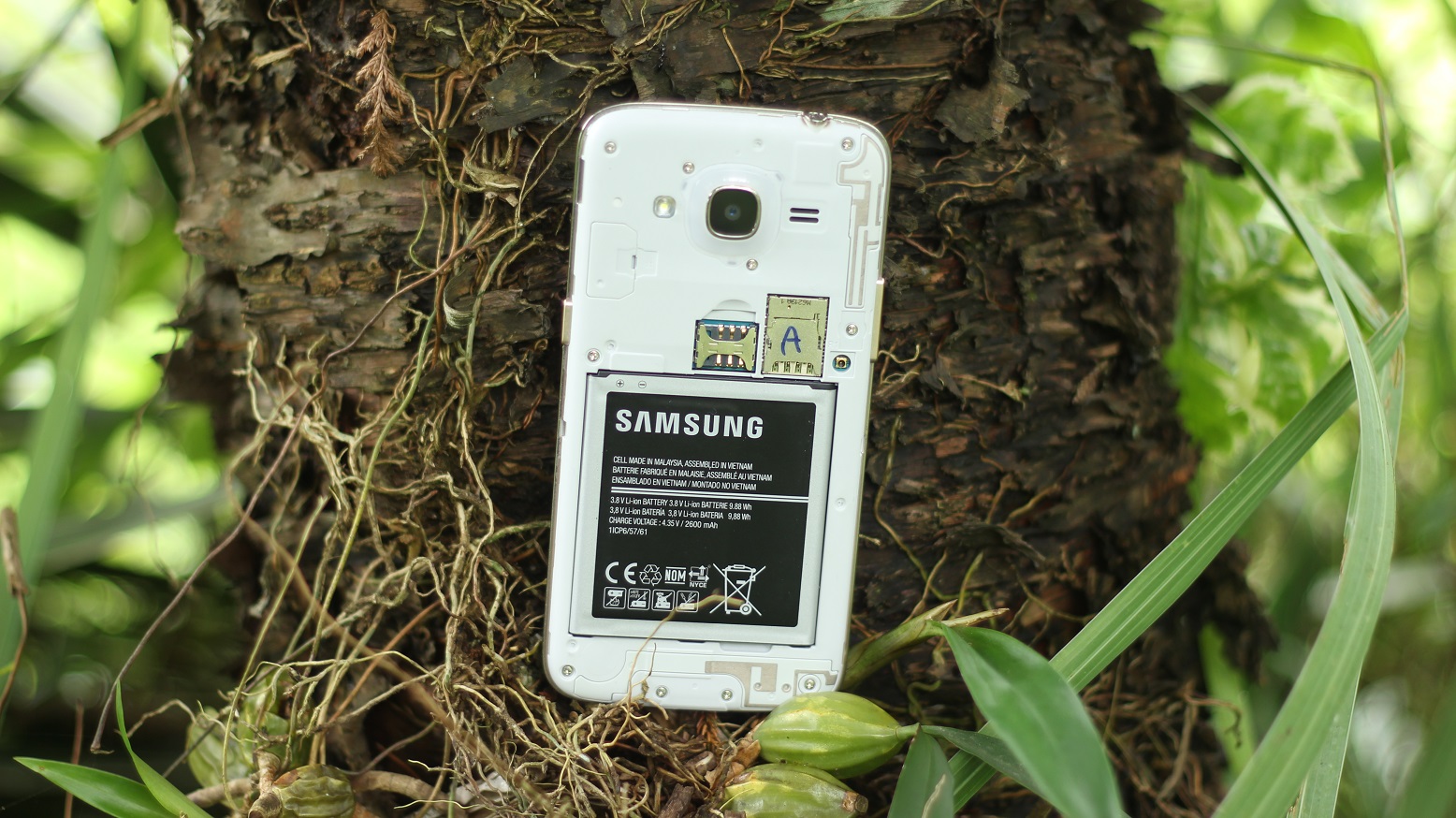 While most of the phones don’t have access to the battery, the J2 2016 offers a removable battery. So, if you are a power hungry user, you could easily get an extra battery for around Rs. 1500 and enjoy the benefits.

The competition of midrange smartphone is getting fierce as there are lots of smartphones under Rs. 20,000 to choose from. The Galaxy J2 2016 offers great AMOLED display, ergonomic design, and a good selfie camera. But, the phone lags behind the competitors in other aspects like the performance, rear camera, and sensors.  If you are don’t play high-end games, use a smartphone mostly for chatting and browsing, like to take a lot of selfies, value brand, after sales service and availability of accessories, and need a removable battery, the Galaxy J2 2016 would be an excellent choice.