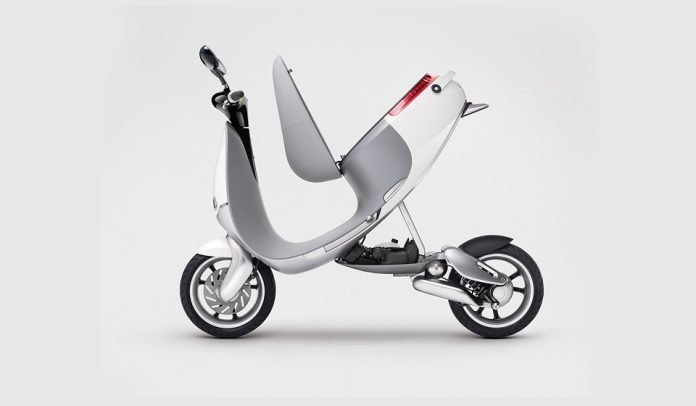 CES 2015 is on and oh! we wish we were there!!! (cries) But no worrries…Internet cha ni! So, basically there are a lot of things being showcased in the CES at Las Vegas. But one of them really caught my eye; The Gogoro smartscooter.

Its a smartscooter by the company established by HTC ex-executives. In 2011, Gogoro raised $100 million and another three years it raised another $50 million. All of this actually happened in somewhat ‘Stealth Mode’…seriously no-one even realised! Now they’ve got to utilize all this money and what better way than creating a “better future”: A cleaner Future! That is what envisioned by the founders of Gogoro.

HOW DOES IT WORK?

The Gogoro is a normal electrical scooter with something different, i.e. its charging and discharging methods. Just like the concept in behind LPG cylinders, these scooters have hot-swappable batteries which will charge at the Gogoro’s EV Station. So practically there’s no charging involved on user’s end. Everything happens by default.

All this process and the charging happens easily under a minute. After that you’re are go for another 100 approx kilometers. So the obvious problem for this thing to happen arises: Will Gogoro be able to live up to its billings? I mean…they would need to setup an EV station every 50kms or les say 70-80 kms just in case. Though this is not an impossible thing given the infrastructures they have, its a little too far-fetched! But they are hopeful and oh wish they nail it!

I mean, its so cool! Look at the video above and you’ll see that the badass black-leathered guy does burnouts and side swipe turns. Its awesome. Plus, it has a really cool remote and Sound & Light effects…

Overall, the concept is really cool and i love the design! I don’t think this is so viable in Nepal for obvious reasons. Hence, when are we seeing this in Nepal? No Idea!! (sigh) Hopefully sometime!