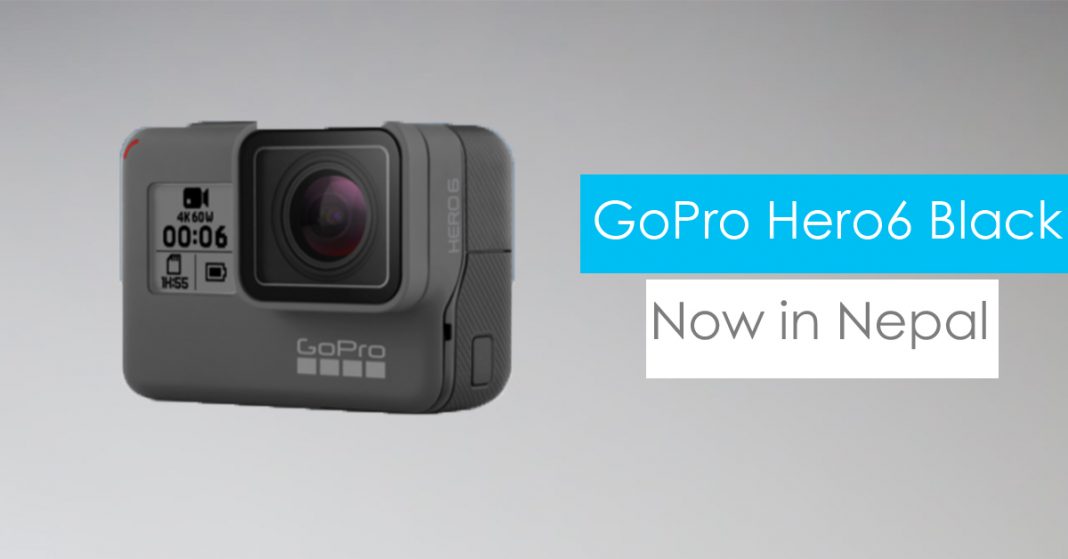 The action camera GoPro recently welcomed a new member in the Hero series. The new descendent of the GoPro family is hailed as GoPro Hero6 Black, which is the successor to last year’s GoPro Hero5 Black. The Hero6 Black was introduced to the international market in the late September this year. Now in less than a month of time of its release, the device is available for purchase in the Nepali market.

In terms of design and build, GoPro Hero6 Black seems to be cloned from its predecessor. The rugged and waterproof exterior on the Hero6 Black appears indistinguishable to the Hero5 Black. However, the presence of new processor is what makes the Hero6 superior. The Hero6 Black is favoured with a custom-designed ‘GP1’ processor, which is capable of delivering twice the performance of its predecessor.

The device features the same 2-inch touch screen, with the improvements being more vibrant display with punchy colours. The touchscreen is also more responsive than that of Hero5’s. Another major upgrade on the Hero6 will be its capability to shoot videos at higher frame rates. 4K videos can now be shot at 60fps, 2.7K videos at 120fps and Full-HD (1080p) videos at 240fps. With this feature, slow-motion videos can be shot and played without conspicuous stutters. 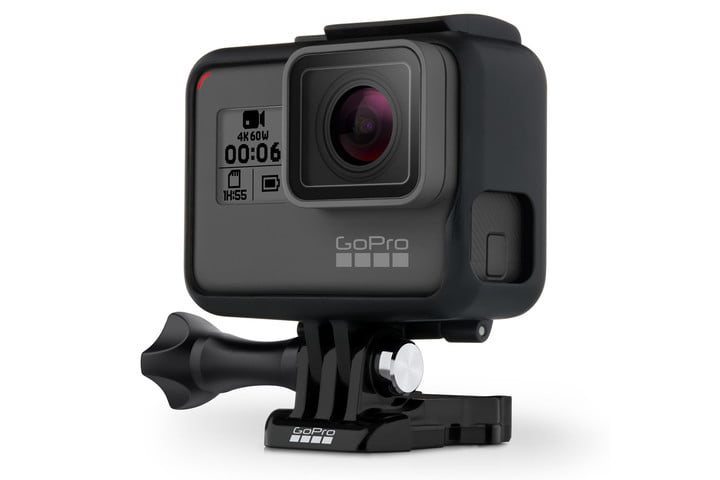 Transferring photos and video footages to the smartphone has also been made fast and seamless. The newbie uses 5GHz Wi-Fi because of which, the device is capable of transferring the data to the smartphones three times faster. To avoid shakes and blurs during the shots, Hero6 Black is provided with an improved Image Stabilization. However, the stabilization is through digital means (EIS) rather than the optical one (OIS).

The device inherits a 12MP camera, which takes RAW or JPG still images with High Dynamic Range and vibrant colours. The camera also takes nifty shots during low lights. Provided with a rugged and waterproof finish, Hero6 Black performs well on underwater too. However, the underwater depth has been limited to 10m (33 feet).

Hero6 Black also features QuickStories feature. With the information collected from different sensors, GPS, and accelerometer, QuickStories determines the most exhilarating parts of the footages. The GoPro’s custom app is also capable of editing the captured footages into exciting videos. In terms of pricing, Hero6 is the most expensive GoPro till date. As of its price in the Nepali market, the device has been seen on the shelf of SastoDeal embedded with a price tag of Rs. 46,500.