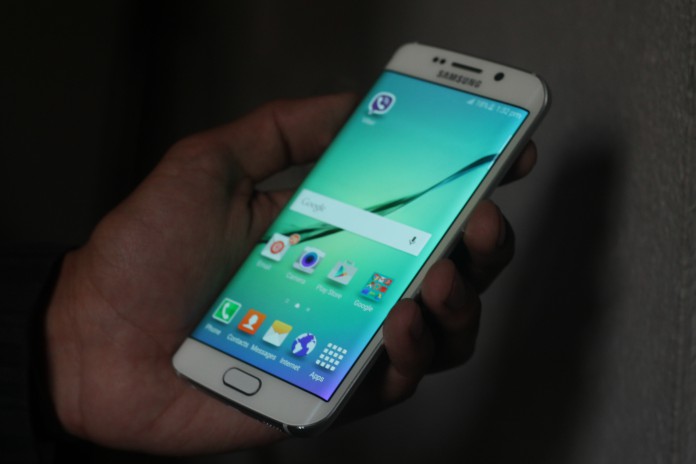 If you want a flagship smartphone on a cheap, one of the wise decision is not to buy it when it gets launched. Wait for some time before the price gets down. Likewise, When Samsung launched the Galaxy S6 in Nepal, it was priced at Rs.77,900 and now you can grab one for just Rs.56,000 from online retail store M.K.Tradeline.

The Samsung Galaxy S6, although now 8 months old, is still a capable flagship smartphone. It has a beautiful 5.2 inch Quad HD AMOLED display which is infact one of the best displays we have seen in a smartphone. It is powered by an Exynos Octacore 7420 chipset which performs better than other latest chipsets like Snapdragon 810 in real world scenario. It sports 3GB of RAM and 32GB of inbuilt storage. In terms of camera, the phone comes with 16MP and 5MP cameras with which you can snap excellent daylight and lowlight photos as well as videos. The phone has a 2550mAh battery which is just average at best. In terms of connectivity, we have got  LTE Cat 6 4G enabled SIM slot, Wi-Fi 802.11 a/b/g/n/ac, Wi-Fi Direct, Bluetooth 4.1, Infrared, NFC and microUSB 3.0. It runs on Android Lollipop 5.1.1 and will soon be getting the Android Marshmallow 6.0. The two bad aspects of the Samsung Galaxy S6 are the non-removable battery and lack of microSD card slot–features which was common on last generation Galaxy smartphones. If you can’t live without the removable battery as you want to have it as a travel companion and you are a storage geek, then have a look at LG G4–A phone priced at Rs.50,000 in Nepal.