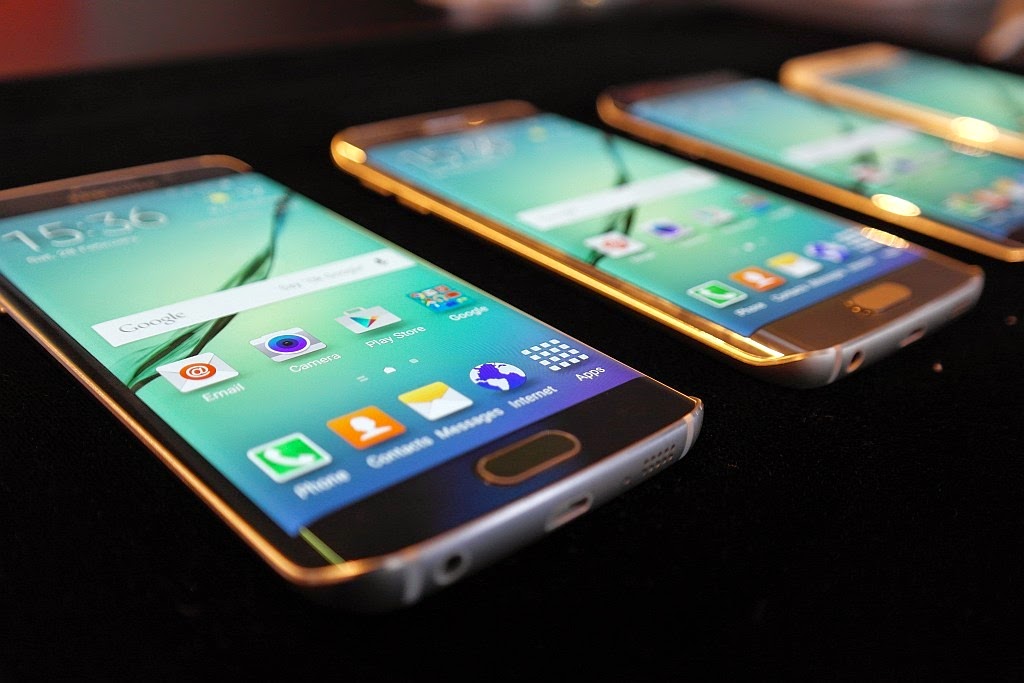 IMS, the authorized distributor of Samsung smartphones in Nepal, is set to launch the new flagship Galaxy S6 alongside the Galaxy S6 Edge. The official unveiling will take place on 16th of April, 2015 and only 32GB version will be sold. The Samsung Galaxy S6 price in Nepal will be approx. Rs.77,900, and the Edge variant will cost Rs.94,900. But the variant 128GB Galaxy S6 price has not been revealed yet.

The Samsung Galaxy S6 and S6 Edge are the flagship device that comes with Android 5.0.2 Lollipop operating system out of the box. To be cut and clear it is the rival to the apple’s iPhone 6 and 6 Plus running on iOS 8. The South Korean manufacturer has manage use of more premium materials (glass and metal) in Galaxy S6 compared to Galaxy S5 which is plastic built.

The new Samsung Galaxy S6 models feature a 5.1-inch 2K AMOLED display (2560 x 1440 pixels) . The pixel density goes up to 572ppi, much more higher than the 326ppi as in the iPhone 6. The device display also features a coating of Corning’s Gorilla Glass 4 ensuring your device remains scratch-less.

Samsung, this time has parted ways with Qualcomm’s processor tech for its latest flagship and is instead using it’s own Exynos silicon. The Samsung Galaxy S6 has been designed with Exynos 7 Octa-core processor which contain two quad-core processor clocked at 2.1 GHz and 1.5GHz respectively, coupled with 3GB RAM. Samsung has also planed some Qualcomm Snapdragon variants of the Galaxy S6.

The Samsung Galaxy S6 has the super-fast LPDDR4 3GB RAM. 3GB can run the device without too many lags and along with the new Exynos chip it could deal better with the TouchWiz.

The Galaxy S6 features a 16-megapixel rear camera with an aperture of ƒ/1.9. The secondary camera’s resolution is 5-megapixel that comes with an aperture of ƒ/1.9, which makes it an ideal device to take low-light selfies. The additional imaging options of the handset include optical image stabilization, auto HDR, 4K video capture, dual video capture and IR white balance detection.

A change that most users may not like can be Samsung’s decision to fit in a non-removable battery.The Samsung Galaxy S6 removed the replaceable battery found in the Galaxy S5 and almost all Samsung smartphones, but now allows you to charge the smartphone wirelessly. It supports WPC and PMA wireless charging using Samsung’s own charging pad.

On using a traditional microUSB cable, According to Samsung ,50 percent battery can be charged in a half hour. It comes with a 2,550mAh battery.

Another change that most users may not like is the exclusion of additional storage.The company’s minimum storage capacity model has been upgraded from 16GB to 32GB. Samsung has also pulled out support for microSD card slot which had been a feature that set Samsung phones apart from the iPhone. Personally I don’t think this is costumer friendly approach.

Samsung has announced that they will be dropping the price of the Galaxy S6/S6 Edge all over the world due to poor sales expectations.

WHILE THE IT & MOBILE COMMUNICATIONS (IM) DIVISION IS EXPECTED TO FACE A DIFFICULT BUSINESS ENVIRONMENT, THE SALES MOMENTUM FOR HIGH-END PRODUCTS WILL BE MAINTAINED BY ADJUSTING THE PRICE OF THE GALAXY S6 AND S6 EDGE AND INTRODUCING NEW PREMIUM SMARTPHONE MODELS.

According to the latest rumor, the price drop will be around 15-20%. The galaxy S6 costs Rs. 77,900 and if the price drops, then the new price in nepal will be around Rs. 60,000. However, we are not quite sure whether Samsung Nepal will follow the global strategy since they have recently come up with a new scheme i.e. Buy a Galaxy S6/S6 Edge and Get a Core Prime for Free.

Samsung Galaxy S6 Price in Nepal Deals will be updated in Social Platforms too!