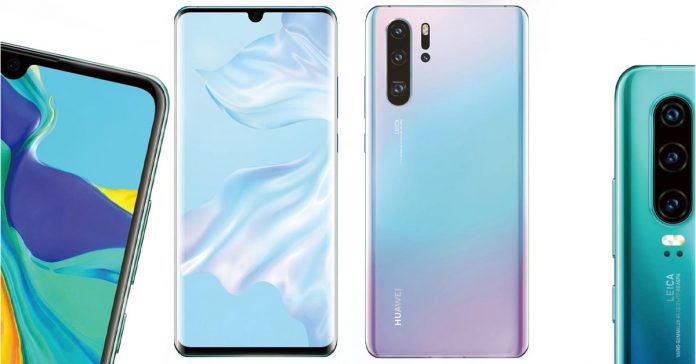 Huawei has been at the top of their game lately. Flagship after flagship they have delivered, and one of their standout features has been the camera. This time around, the P30 Pro’s cameras scored a new high of 112 points, given by none other than DxOMark. The score beats out its own elder sibling, the Mate 20 Pro, the Galaxy S10 and its direct predecessor, the P20 Pro by 3 whole points.

So the primary camera is a 40MP quad sensor with an f/1.6 aperture lens that produces 10MP photos by default. It’s a 27mm equivalent lens with optical stabilization and a sensor size of 1/1.7″. This one uses RYB filter instead of your typical RGB Bayer-filter on most phones. Basically, this exchanges the Green pixels for Yellow, which in turn results in 40% more light getting into the sensor (so better low light shots). Huawei calls this the SuperSpectrum. The second, an Ultrawide 20MP camera with an f/2.2 aperture. It’s a 16mm lens, same as the one we saw on the Mate 20 Pro. It has a 120-degree field of view, a must have for any flagship these days. According to the review, night mode has been improved this time around for the ultra-wide lens. Then there is the Time Of Flight camera for better depth mapping.

And finally, the telephoto camera, aka the Periscope lens. This allows you to reach 5x lossless optical zoom. As for the video capabilities, it scored 97 points, same as the Mate 20 Pro but a point lower than the P20 Pro for a few reasons. To summarize the video quality, it gets one of the best video stabilization, maintains good rendering of textures and details, but isn’t the best in low lights.

Also Read: Redmi Note 7 Pro is not coming to Nepal

Apart from the back cameras, the front selfie shooter tucked into the notch should play a huge role in one’s buying decision. Sadly, the P30 Pro lacks a bit on that front. The phone sits comfortably at the 4th spot, right below the Note 9, Pixel 3 and the selfie leader Galaxy S10. With a score of 89 points, the 32MP quad-Bayer sensor is good, just not the best in the business.

DxOMark has praised the P30 Pro’s zoom feature heavily, also claiming that its bokeh effects are the best on a smartphone. The noise levels and image details were also found to be excellent. They did specify some areas the phone could do with a bit more improvements, but as it stands, the Huawei P30 Pro is the best camera phone in the market. We will surely test it out in our full review very soon.