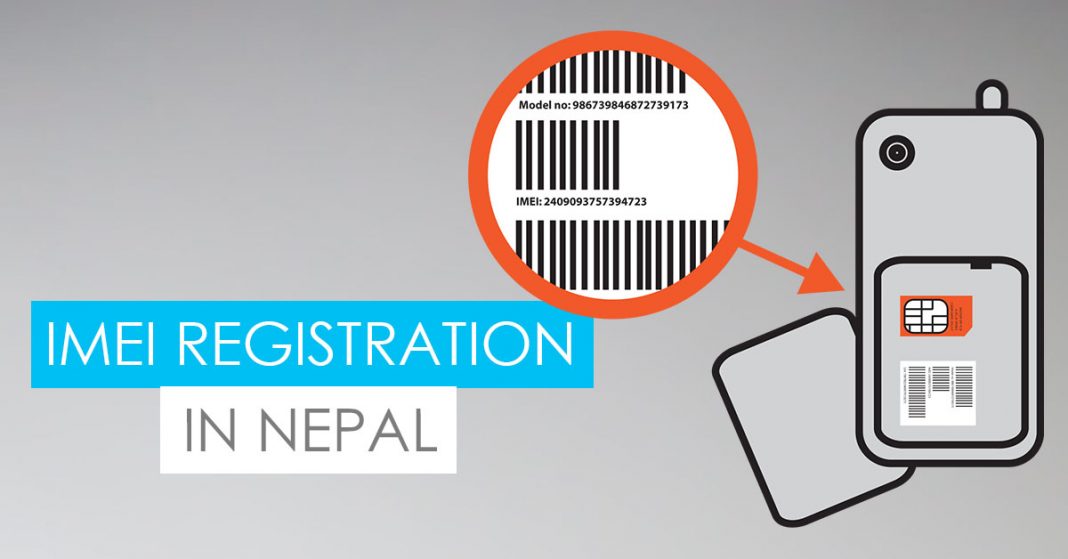 NTA introduced a new initiative in Nepal, ‘IMEI registration’ in an attempt to minimize criminal activities related to mobile devices. This helped to minimize the grey market and theft of mobile phones and bring a level of secureness to the sellers.

Also read: How to register the IMEI of your smartphone

According to a spokesperson, the documentation process is already complete and the implementation will begin from the fiscal year 2075.

The EIR system will be illegally stopped within the mobile system as applicable. This will provide relief to mobile importer.

The authorities have appointed the European Lawrence Association Company, and the drafting of the initial bids has also completed. The spokesperson says, “authorities are moving forward on the basis of the drafts. With the drafts being passed, the tender will soon be called for Equity Identity Register (EIR) system until December.”

In the tender, the companies will be selected on the basis of their technical and economic evaluation. The spokesperson also mentioned that the company will be operated under the authority of the EIR system, which will be limited to the national level.

The phones that have gone through the necessary checklist will be put under the whitelist. The rest will automatically be put on the blacklist, an NTA spokesperson pointed out. The blacklisted phones will be taken as illegal phones.

This is one of the only ways big businessmen that import mobile phones illegally in Nepal can be stopped. Also, it will provide a great deal of relief for the mobile importers who bring in devices through the system, helping the country’s revenue growth in the process. The registrations will enable finding lost mobiles a lot easier as well.

“Every person’s activity is now connected to mobile. This is not a secret from the economic, education, health, and in all sectors in the country” spokesperson Aryal said, “The problem has been created according to the same way every area is based on mobile.” Also due to the rise in theft and hacking, thanks to our mobile phones, this initiative has been given more importance.